Once an Akron stop on the Underground Railroad, sheep return to Mutton Hill

AKRON, Ohio – Until the cold weather returns, a flock of sheep will wander the broad lawn of the Perkins Stone Mansion in Akron, just as they did 180 years ago when the area was known as Mutton Hill.

Perkins sheep also had a role to play in the work of notorious abolitionist John Brown, who manned an Akron stop on the Underground Railroad.

“I've wanted to do this for better than 40 years, and obviously it allows us to interpret the property as it was in 1840, which was as a farm,” he said.

Although many people are aware Akron was once the “Rubber Capital of the World,” with headquarters for several large tire makers, most don’t realize agriculture was a main industry when the city was settled, said Lieberth.

“That was the primary motivator of the economy,” he said. “So this is a way to remind people that we were agricultural before we were anything else.”

Programming at the Perkins Mansion enables families to attend an array of activities that allow kids to interact with the sheep.

In the demonstrations, just as in the fields of Scotland, the black and white border collie enters the large fenced area and makes sweeping circles around the sheep, heeding Steiner’s whistles and spoken commands. He gently moves the sheep as a unified flock, keeping the animals calm.

Families enjoy watching the dogs in action because they’re doing what they were bred to do and it appears so natural, Steiner said. 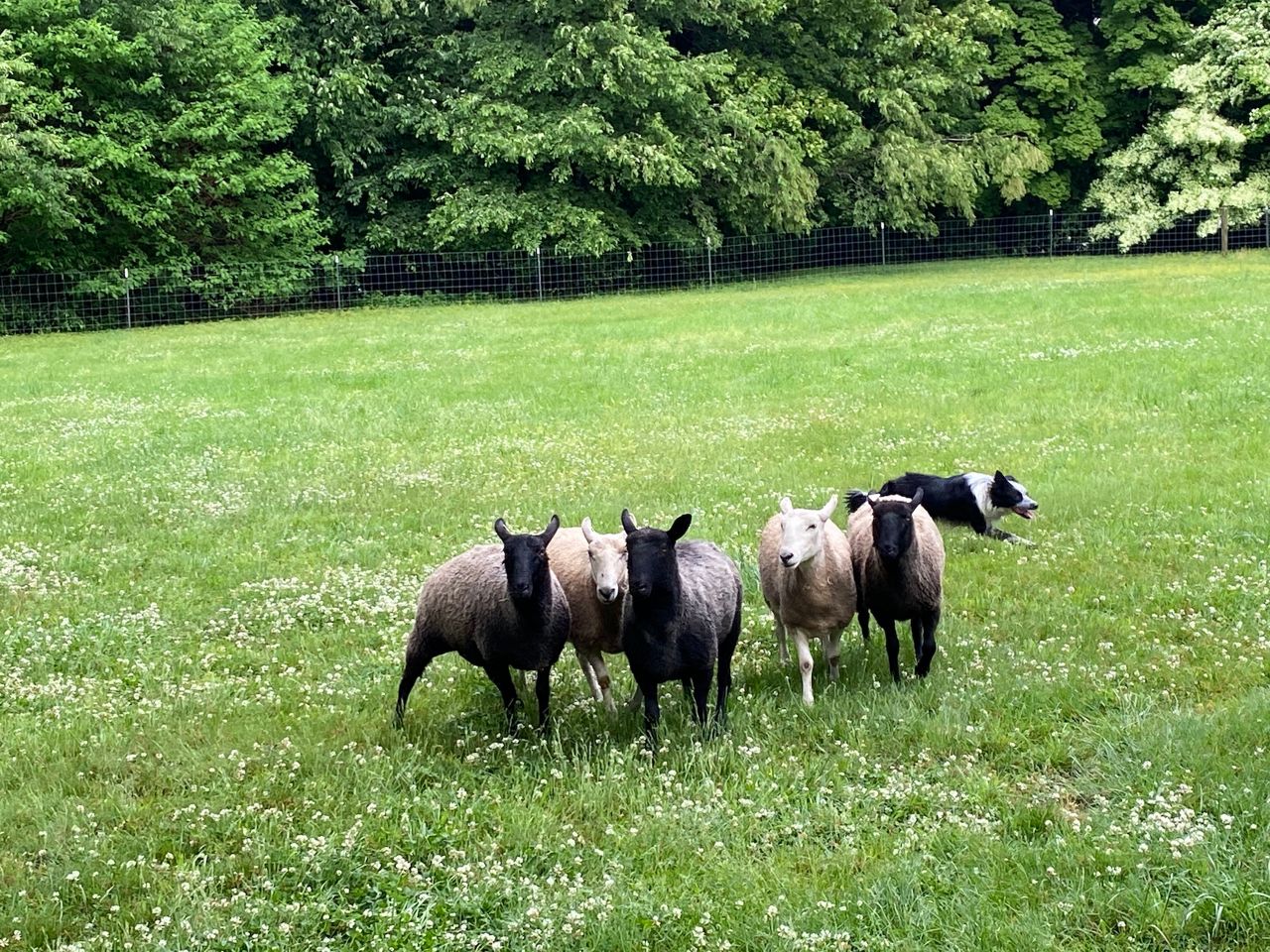 “So then they come and see the breed work in real time, in real life, and see how the dog cares for the animal and the mutuality of the relationship. Then, they are inspired to do more with their own pet,” she said. “Maybe they’ll start doing obedience or walks in the park or even teaching their dog how to work a puzzle or something like that.”

An Akron stop on Underground Railroad

In 1844, Perkins Mansion owner and Akron co-founder Simon Perkins hired Brown, reputed one of the best shepherds in the region, to tend his flock of 1,300 Merino sheep, Lieberth said. In the deal, Perkins rented the house across the street to Brown.

Known as Mutton Hill, the land was too rocky for crops, but just right for the grazing animals. The herd’s wool was mentioned in publications of the time because it was considered among the finest in the country and was highly prized, he said.

So Perkins had Brown travel to surrounding states with a wagon, hauling and selling the wool and the fabric made in Perkins’ own mill.

On those trips, Brown found runaway slaves who he hid in the wagon to back to his Akron house near the mansion, Lieberth said. There, they awaited a “conductor” from the Underground Railroad who moved them to safety in Canada.

Brown was hanged for treason in 1859 after initiating a slave revolt at the federal arsenal at Harper’s Ferry, now in West Virginia, where several people died. He was the first person ever executed for treason in the country.

The John Brown House in Akron is currently undergoing the final phase of a total renovation and is expected to open to the public soon.