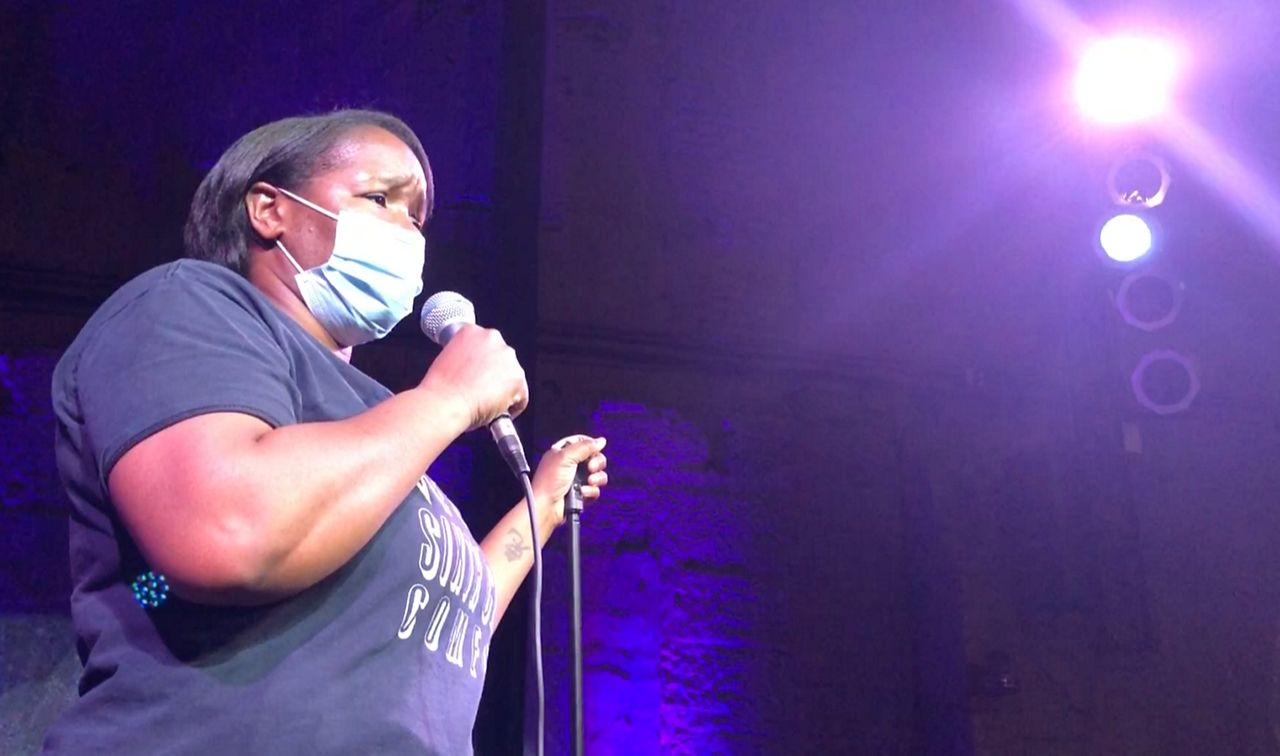 CLEVELAND — When Cleveland native Marla Massie first saw stand-up comedy at Hilarities 4th Street Theatre, she knew it was something she wanted to try.


“I saw stand up and I’m like, 'This looks great.' It's fun — people just on stage telling their stories and stuff like that. I think that was back in — let's see, it's 2021 now, so I think the very first time I came here to see comedy was 2013.” said Massie of Sixth City Comedy Productions.

Less than a year later, Massie was behind the mic, and in her words, she "bombed," but that didn’t stop her from pursuing what she felt like was her passion.

Over the past seven years, Massie has been a stand-up regular on the Hilarities stage, which is a huge deal for local and national comedians.

But like most of the other entertainment venues when the coronavirus pandemic hit, Hilarities had to temporarily close their doors. Massie said not having a stage to stand on was a challenge for herself and many Cleveland comedians.

“It was not even necessarily getting on stage. It's just the being together the camaraderie. We didn't have that outlet anymore. That was just the worst," Massie said.

Massie used the time off the stage to come up with a plan to get comedians back on it. She will be putting on the Sixth City Comedy Festival this summer.

“I’m like, you know what? I am going to just put it out into the atmosphere that I’m putting this comedy festival on in 2021. Hopefully, we have a vaccine by then. Hopefully our numbers drop by then and all of that stuff has started happening, and I’m like OK, this is going in the right direction," Massie said.

It will be an outdoor, three-day event featuring 50 comedians from across the state and beyond. Massie said it’ll be the comedy comeback Cleveland needs.

“I know it sounds cheesy and corny that laughter is the best medicine but it really is after everything that we've been through in this past year. This is the city that made me. I mean, the least I could do is give back in the best way I know how by making people laugh and entertaining them," Massie said.

The Sixth City Comedy Festival is set to take place in downtown Cleveland from August 13-15. For more information on that upcoming event, visit the https://www.sixthcitycomedy.com/about.