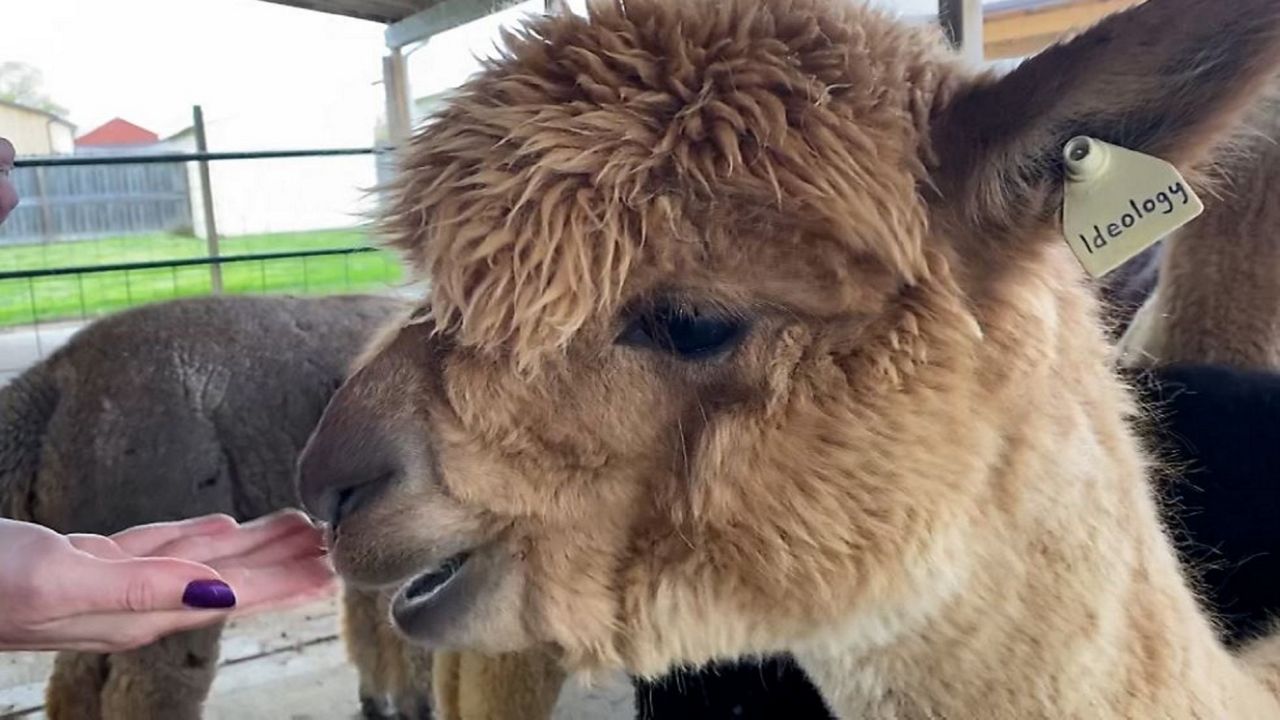 MEDINA, Ohio — A northeast Ohio family farm is home to more than 100 animals, and the public is invited to visit with each one.

“It has goats, cows, miniature horses,” he said.

Kangaroos, though, are his favorite.

“He also climbed on top of me with, like, both of his paws on my shoulder and just sniffing around in my hair,” Calvin said.

Calvin and his sister got some photos of their animal encounters.

“Oh, and they also have little goats with onesies on them,” he said.

His dad, Dave, said it’s important for kids to see the animals in person.

“It’s always good to learn to be nice to animals and especially animals you don’t see all the time,” Dave said.

“Yep, and make sure you don’t eat them at all, ‘cause we’re vegetarians,” added Calvin.

The animals have a special diet, too, but most still love to eat the treats available on-site for folks to feed them.

“The sheep, the alpacas, the llamas and the cows — they naturally have no upper teeth, so they physically can’t bite,” said Jeff Farley. “They may nub, but they can’t bite.”

Farley’s been raising alpacas for nearly 30 years, mostly as an investment opportunity. He has added other animals to the nearly 20 acres at Majestic Meadows as an attraction for people to interact with.

“I’ve had donkeys six or seven years,” he said. “The other stuff, including the kangaroos, the pigs, the goats, probably the last two—three years.”

The latest addition is a camel named Gus.

“I’ve always wanted a camel and camels are related to alpacas,” Farley said. “So, it goes camels, llamas, alpacas and a couple in between. But, they’re all related in the camelid family. And, obviously, he’s the biggest.”

Farley and his family live on-site, welcoming hundreds of other families to their backyard daily by reservation to ensure they’re plenty of social distancing.

“It sounds silly, but it’s a labor of love,” said Farley. “I like doing it, and I’ve been doing it so long that I’m actually pretty good at it, and I enjoy it.”

The farm is USDA licensed; meeting standards that ensure the animals are well-cared for.