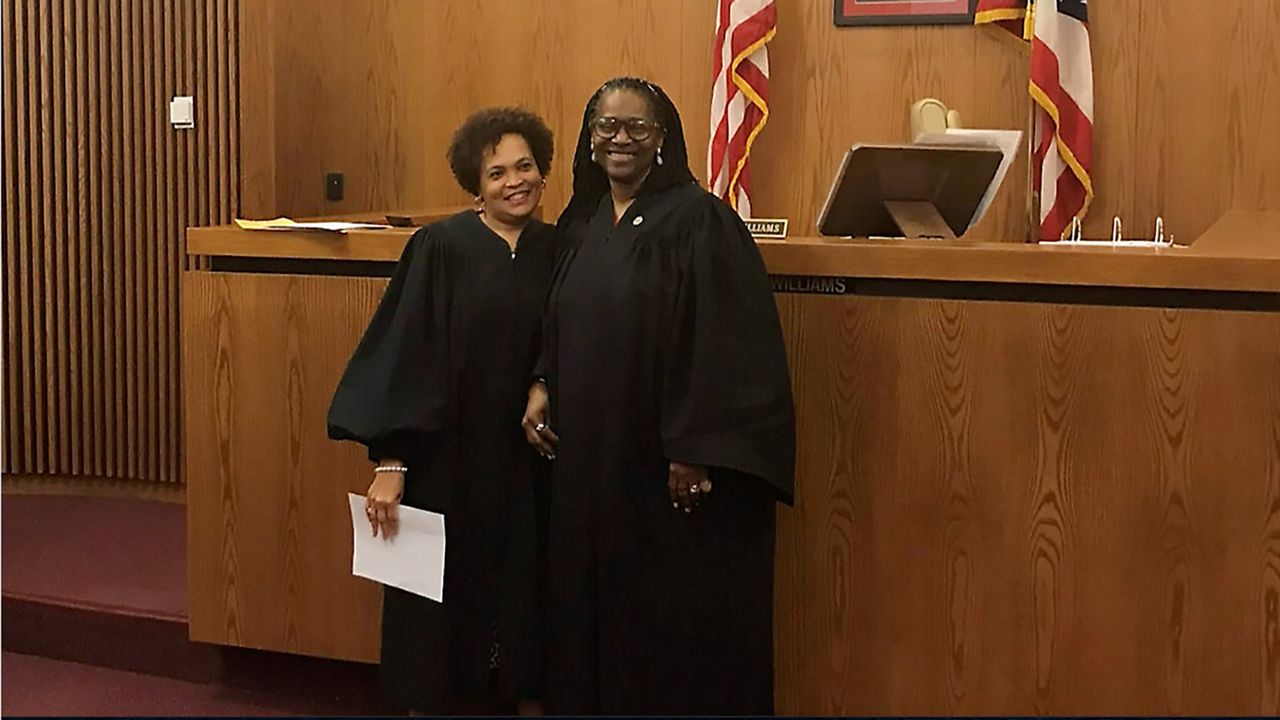 Judges form group to address lack of diversity in the courtroom

CLEVELAND — When Cassandra Collier-Williams was first elected as a Cuyahoga County Common Pleas General Division judge in 2012, she was one of the few African Americans to ever hold the title.


“We have 34 judges on our bench in the General Division, and at the time that I got on the bench, I was No. 3. There were three African American judges,” Collier-Williams said.

“Now there are still three, but historically, I am just the fourth African American female judge to be elected to the Court of Common Pleas in the history of the court," Collier-Williams said.

The disparity isn’t only seen on a county level, but it can be found across the state.

“In Ohio, right now there's about 56 African American judges out of over 700. So we're about 8% or a little less than that," Collier-Williams said.

She and her colleague, Judge Emanuella Groves of Ohio's 8th District Court of Appeals, are sphere-heading efforts to change that by forming the Ohio Black Judges Association. Black judges representing counties across the state will mentor future lawyers and judges of African descent, support one another and collectively advocate for Black judicial issues.

Groves and Collier-Williams said diversity in the courtroom helps give a voice to those who are too often seen in front of the bench but too infrequently seen sitting on it.

“It makes a difference when you come into a courtroom, and the person who is in authority looks like you," Collier-Williams said.

“There's an instant sense of, 'OK, I think maybe this this judge is gonna understand you know where I'm coming from,'” Groves said.

Groves said since judges play a large roll in what justice looks like, it’s so important that they have shared experiences with the communities they serve.

“Certainly we have to hold people accountable, but we also have to recognize where they come from,” Groves said.