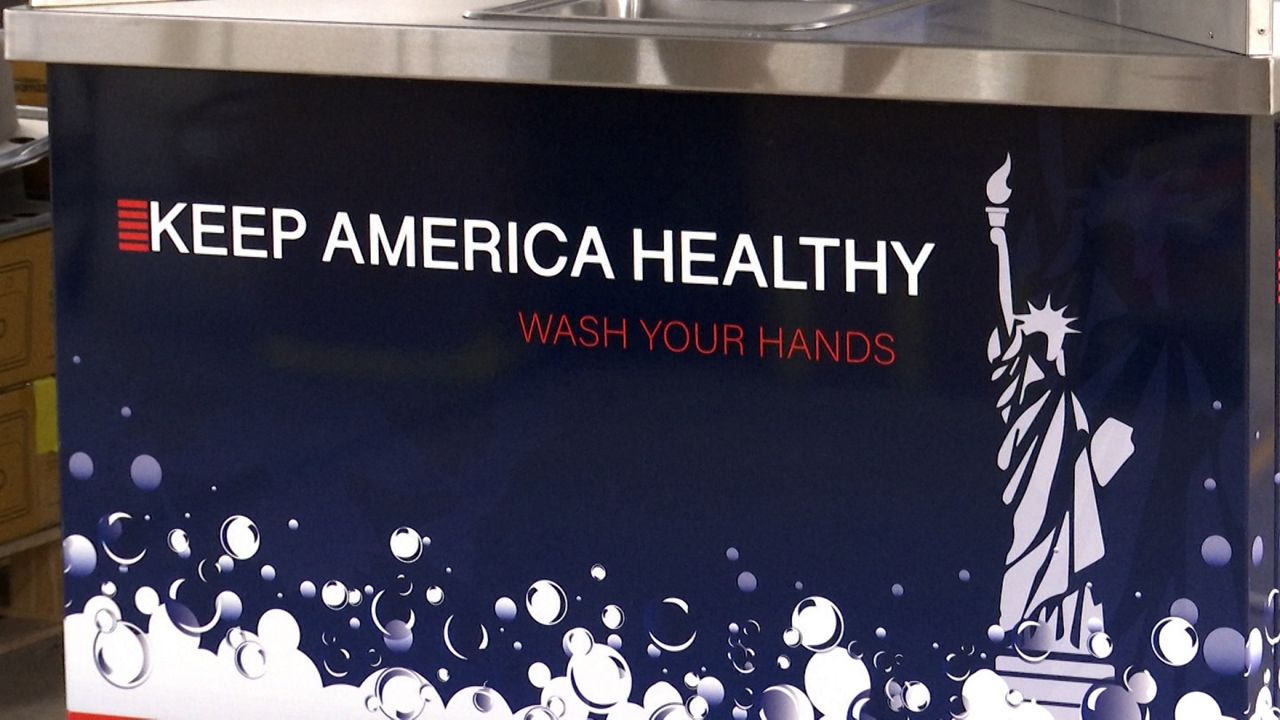 NEW MIDDLETOWN, Ohio — An Ohio-based company best known for building those state fair booths where fried food treats are served up is turning its attention toward a healthier purpose during the pandemic.

For more than 50 years, the Swartz family focused on fun by building concession trailers under the Hitch-Hiker brand.

“We were set for another major change in impacting our industry,” said owner Jeff Swartz. “We were going to do a lot of units with full LED screens.”

He and his wife, Holly, had a bright vision for the company in 2020.

“We had work going forward for a year and a half,” said Jeff. “We had some amazing projects that were shut off during the pandemic.”

The COVID-19 pandemic is one thing they didn’t see coming.

“We lost 100 percent of our business,” said Holly. “It was a week, two weeks of constant phone calls, then all of a sudden nothing.”

“All that just got ripped out from underneath us,” said Jeff.

The company was forced to innovate once again. This time, changing its mission, and name, to Personal Protected.

“It’s funny. Somebody asked how long it took to come up with the idea, and I really have two answers,” said Jeff. “It could be a couple weeks thinking about it and a five-minute sketch, or 35 years of my past.”

Jeff’s creativity flowed to create the Quad Sink. It’s four socially distanced sinks divided by stainless steel. The faucet, soap, and paper towel dispensers are all touch-free. The sturdy construction can be placed outdoors or in high-traffic areas, allowing up to 720 people to wash their hands per hour.

They’re made with materials and methods the company used for its trailers.

And it’s a way to keep their employees working.

“We were actually able to add on a few more — add them into the new processes,” said Jeff.

The company wants to continue building business through the Quad Sinks, with hopes to expand to a larger facility due to a new assembly line process and a higher volume of production than their previous large-scale trailer builds.

“That was like building a 3,000-piece puzzle and you start with tires and axles and you’re working your way up to this beautiful unit,” said Holly. “So, now we’ve just had to streamline from that to something a little more compact.”

The business is a Swartz family affair. The third generation is now lending a hand to the hand-washing stations by designing graphics and building the units.

Orders have already been placed for schools in Mahoning County.

“It’s been a great feeling to start it off local,” said Jeff.

Up to 6,000 people can wash their hands before anything needs restocked on the sink, making them ideal for larger venues and events.

“Aside from getting run over by a garbage truck, it’s going to hold up and withstand the test of time,” said Jeff.

The sinks are helping keep the business afloat while waiting for the concession industry to return in time.

“They’ll have their day again,” said Holly. “In the meantime, we just want people to wash their freakin’ hands.”

The Mahoning County Board of Commissioners ordered a custom Quad Sink to be placed in each of the county’s 23 high schools.