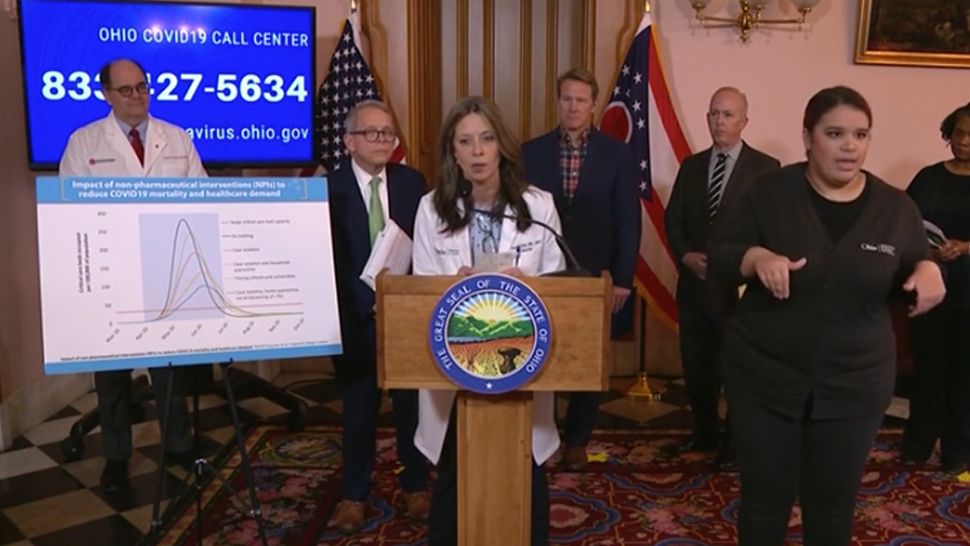 It’s one of many tough game-time decisions the governor has made as this crisis continues to escalate.

“There's no scenario now by which we won’t have a surge,” said Acton.

To quell the impending chaos and give hospitals and healthcare workers a fighting chance, the governor announced a new order Tuesday that will force all elective surgeries to be postponed. OSU Wexner Medical Center Doctor Andrew Thomas explains:

According to officials, Ohio hospitals are currently at 75 percent capacity. As the number of cases continue to rise, these leaders stress the only way to not overwhelm our system is by continuing social distancing, quarantine, and isolation.

“What we are doing, every one of us can help contribute to that, and it will decrease our deaths by a half,” said Acton.