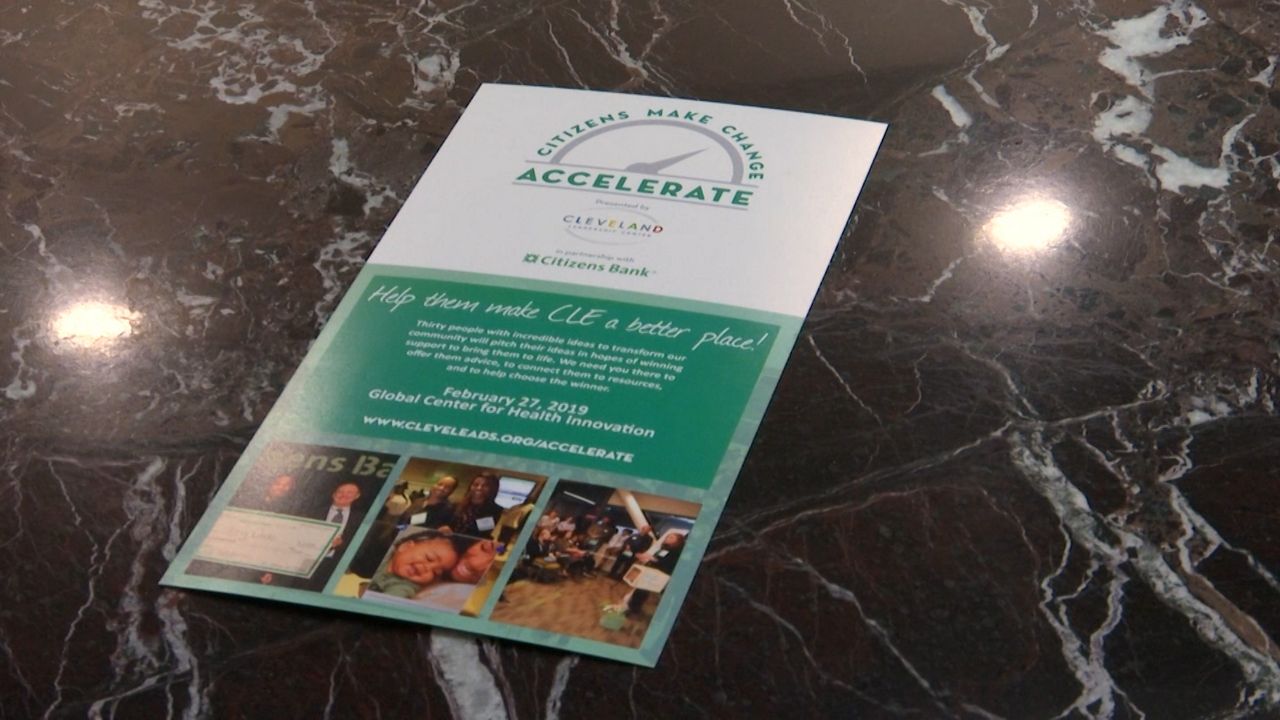 Many people have ideas on how to make our neighborhoods a better place.

One event is helping a group of people turn their proposals into plans to create positive change here in the Buckeye State.

The event puts out a call to people to submit pitches.

One of those who submitted an idea is Cleveland Heights' resident Allison Meyer.

"‘Never, Ever Give Up’ is a storytelling project for people of Northeast Ohio," she explained. "We’re asking them one question, ‘what is the hardest thing you’ve ever had to do,' and they’re sharing their stories, handwritten, on one piece of paper, so that we can all read what they’ve been through, how they got through it, and be inspired by their strength and wisdom.”


She wants those digital posts to eventually be printed and turned into a public art installation.

But to do that, she needs some help.

That’s why she submitted her idea and was eventually accepted as a presenter at this year’s program.

“At this event, more than two dozen individuals will come together to pitch their ideas," said Brittany O'Connor, Vice President, Regional Public Affairs Market Manager at Citizens Bank. "These are all kinds of ideas, big and small, from a real diverse group of presenters, everyone looking to make a difference in our region.”

The ideas are wide-ranging -- everything from a youth podcasting initiative, to a new type of bandage, to a bee keeping program.

A panel of community leaders will select one finalist from six different categories.

Then, that group will pitch their ideas live to a public audience at the event.

The audience’s vote decides the winner, who receives $5,000 to help make turn their dream into reality. The five other top participants will each receive $2,000.

But O’Connor said it’s not just about the cash competition.

“Everyone there can make connections," she said. "We’ve had pitches in the past that weren’t grand prize winners, but they made connections. They found other people who were interested in helping them move their idea along."

Find out more information by visiting the CLC's website.