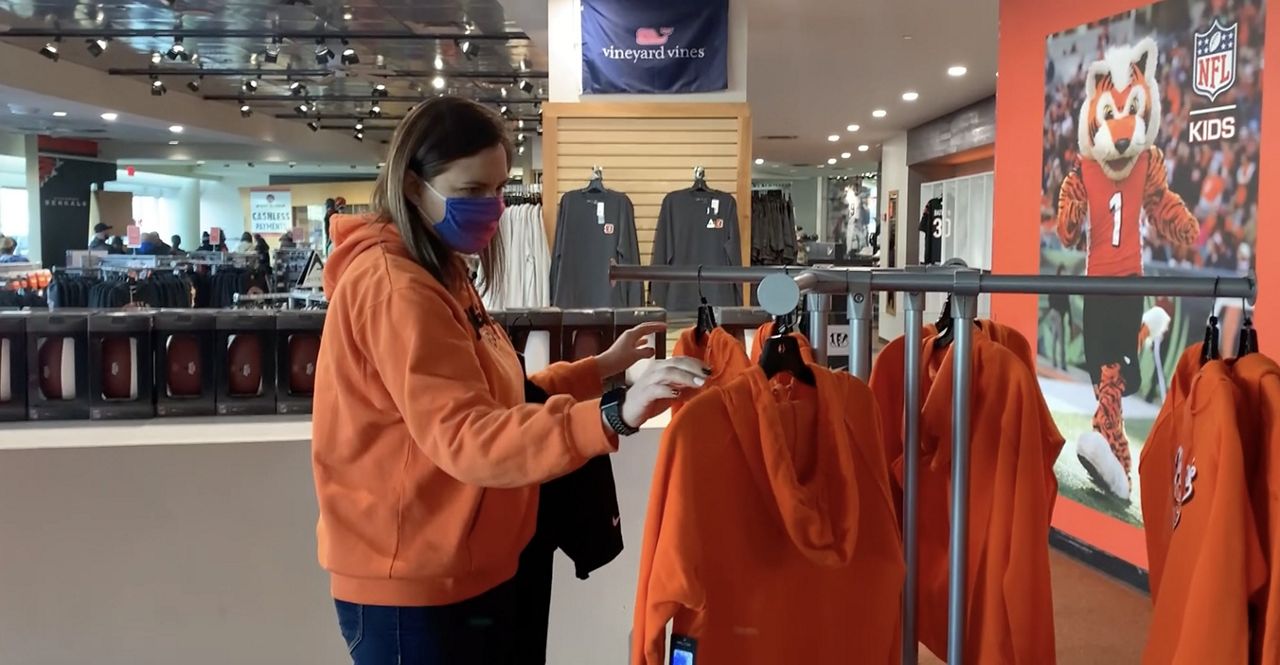 CINCINNATI — It was an exciting Monday morning at the Bengals Pro Shop. Many fans arrived bright and early to pick up everything they need to cheer on their favorite team in the Super Bowl.

Brigitta Meyer was in search of some new Bengals gear for the big game. Not just for herself, but for her family, too.

“I wanted a new t-shirt,” said Meyer. “I wanted some sweatshirts. My kids need some new Bengals gear as well.”

Meyer was one of hundreds of people Monday morning to stop by the Pro Shop. A long line wrapped around the shop with eager fans ready to buy their championship items.

“I had to take my son to school and as soon as I dropped him off,” she said, “I drove straight here and there was a line out the door by 9:15. And the doors opened at 9 a.m.”

Meyer has been a Bengals fan for as long as she can remember. She was there to witness the last time the Bengals went to the Super Bowl in 1989. Now she gets to share that excitement with her kids.

“We were just in shock that we won,” she said. “Like we’re going to the Super Bowl. We were jumping and screaming.”

It was a close game, and Meyer admits she was nervous throughout most of it. But she believes it was her son’s Bengals jersey that helped the team bring home the win.

“I said, ‘Bryson you need to put this jersey on and once you put it on they started winning,’” she said. “So we will be wearing that jersey because every time he has worn it, they have won.”

Although Meyer and her family won’t be attending the Super Bowl in person, they’ll all be wearing their new black and orange fashion while cheering on the team here at home.

“Just so proud,” she said. “The city is so proud of the Bengals. They have worked their butts off. The city needed this. We’re so excited for them and great job guys.”