This week's Orion meteor shower could be a sight to see.

The Orionids meteor shower will peak later this week, but you may already be able to catch a few "shooting stars" in the night sky.


The peak of the Orionids meteor shower will be on the night of October 21, but from a dark place, you should already be able to make out a few streaks in the night sky. With a new moon on the 16th, skies are already set up for viewing.

The specks of light that streak across the sky are dust grains from Halley's Comet. As the Earth's orbit moves through the path of debris left behind by the comet, these specks burn up as they enter Earth's atmosphere, creating these brief streaks of light. 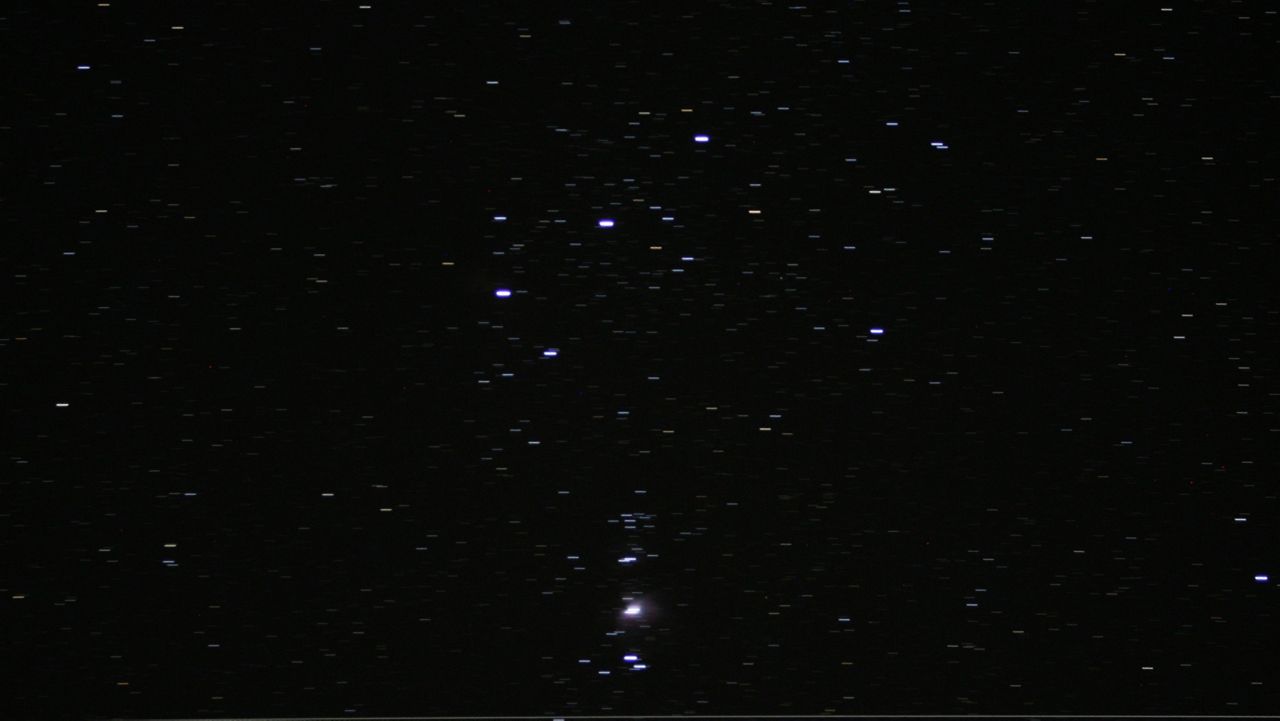 The Orion constellation, as seen over Tyler, Texas in 2008. (AP Photo/Dr. Scott Lieberman)

To view the shower, first look southwest and locate the constellation Orion. To find it, first locate the three bright stars that line up to make Orion's Belt.

Nearby, you will see a bright orange star called Betelgeuse. This is the region from which these meteors will eminate.

The best viewing will be away from city lights after midnight. Make sure you give your eyes plenty of time to adjust to the dark.

On the peak night, a waxing crescent moon will set before midnight, allowing for dark skies and optimal viewing. Around 20 meteors per hour will be visible.

The peak of this meteor shower is on the night of the 21st, but will be visible through November 7.