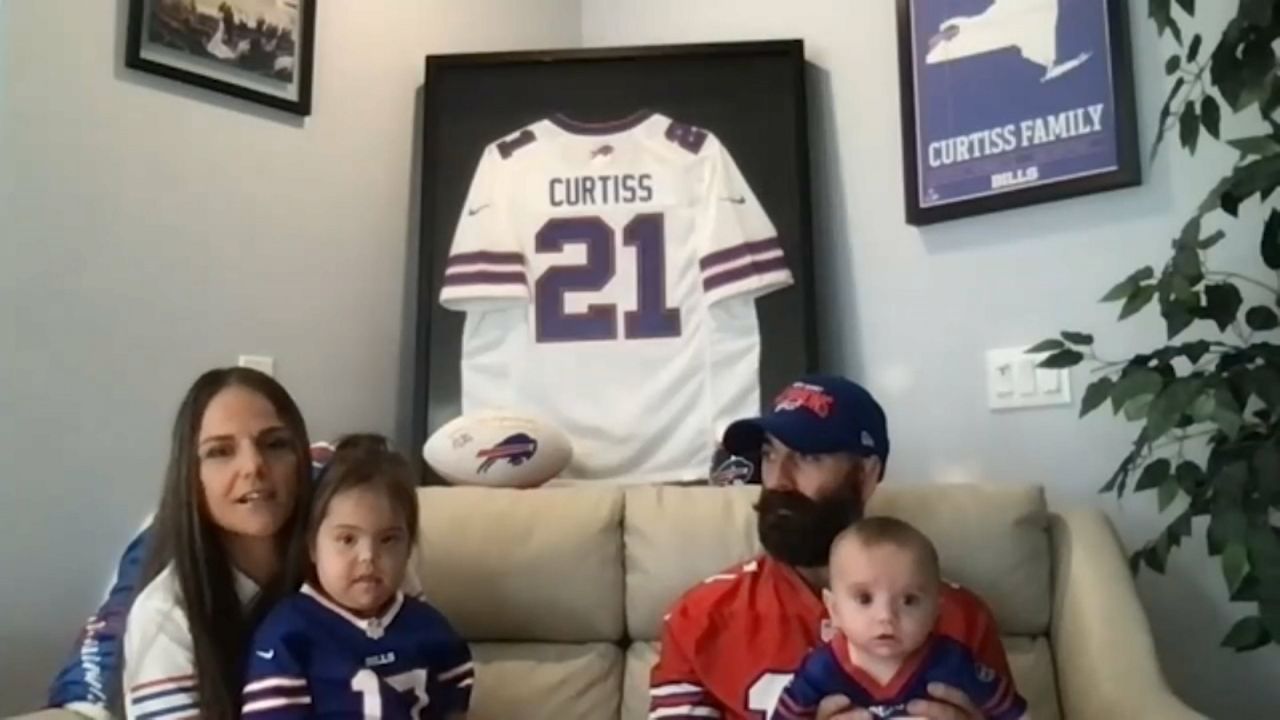 "Bills Mafia to me is like a big family," said Tracy Curtiss.

She and her husband Jody Curtiss have made that a central part of their family. They’ve made the 2.5-hour drive from Oneida County to Orchard Park for years.

"I was a Bills fan as a kid growing up," said Tracy. "Obviously, getting older and going to all these games, I just kind of fell in love with the atmosphere."

"We’re all just there to have fun and we support our team," said Jody.

So where else would they rather get married than Highmark Stadium? The couple tied the knot in Section 230 and had their reception in the Dunn Tire club last summer.

"We were up there and we were like, ‘wow, we really got married in the stands?' It’s still surreal," said Tracy. "And then going down on the field, it felt like it wasn’t happening."

Their love for each other and the Bills runs deep, passed along to their two young children. They bought four season tickets, just so they could all go when they’re old enough.

"He married into the Bills family basically," said Tracy. "So now he’s a super fan, our kids obviously we’re raising them right."

Their 4-year-old daughter is mostly non-verbal, but she’s ready to shout at a moment's notice.

"If we mention anything Buffalo, she gets all excited," Tracy said. "She will literally sit down and watch the entire game."

In the Curtiss home, Sundays are for the Mafia. And while they’re watching the games from home right now, a run to the big game might just change that.

"If we had to put a second lien on our house to go to the Super Bowl, that’d be awesome too," Jody said.