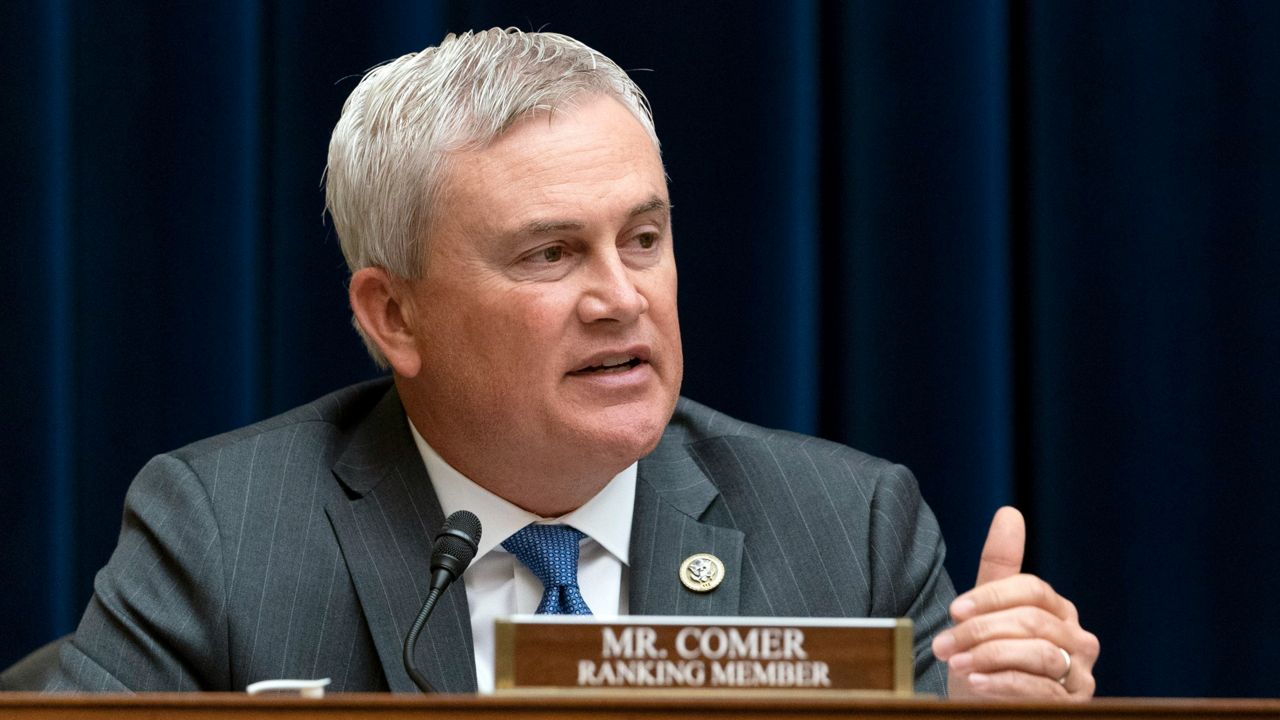 WASHINGTON — House Oversight Chairman James Comer of Kentucky released the names of the Republicans expected to serve on his committee. Some of the names on that list are getting a lot of attention.

Two weeks ago, it took 15 rounds of voting to elect Rep. Kevin McCarthy as the new speaker of the House. This long delay took place because a group of about 20 rebel Republicans kept withholding their votes. It's something Comer, a McCarthy ally, made clear he did not support.

“I’m very disappointed. I think that some of the 20 have taken advantage of the situation and I think that they have continued to move the goalpost,” Comer told Spectrum News on day three of the House speaker votes.

“I like those guys. They are on my committee, but at the end of the day, this should have been resolved,” Comer said.

Now six of the lawmakers who opposed McCarthy at one point are set to serve on the Oversight Committee. That includes Reps. Andy Biggs of Arizona, Lauren Boebert of Colorado, Paul Gosar of Arizona, Anna Paulina Luna of Florida, Scott Perry of Pennsylvania and Byron Donalds of Florida.

“I was surprised by how many of the holdouts were added on to this Oversight Committee,” said Casey Burgat, a political scientist at George Washington University.

Burgat believes these appointments were a part of the concessions McCarthy made to become speaker of the House.

“Six of them ultimately ended up on it, which means they came as a group and really had a strong leverage play to say, ‘Hey, if you want our votes, this is what it’s going to take,’” Burgat said.

In the announcement of new members, Comer referred to the group as an “all-star lineup,” adding that a part of their mission is to “hold the Biden Administration accountable.”

“This is going to be a very, very contentious committee,” Burgat explained. “There was always politics involved, but this is one where it’s going to be extremely politically motivated.”

Also joining this high-profile group is Rep. Marjorie Taylor Green of Georgia. Greene supported McCarthy throughout the voting period, but in the last term, the Democratic House majority voted to remove Greene from committees for her embrace of harmful conspiracy theories.

Gosar, one of the 20 holdouts who was added to the Oversight Committee, was also removed from his committee assignments in 2021. He was removed after posting a violent animated video targeting President Joe Biden and Rep. Alexandria Ocasio-Cortez, a Democrat from New York.

The Steering Committee who recommended which members be added to the Oversight Committee consists of Republican leadership and members of Congress representing specific geographic regions. According to the House GOP rules there is also a spot for “the chair of a standing committee when the Steering Committee is considering members for election to or removal from such standing committee.”

As speaker of the House, McCarthy’s vote matters most. While most members of the Steering Committee just get one vote, McCarthy gets four.