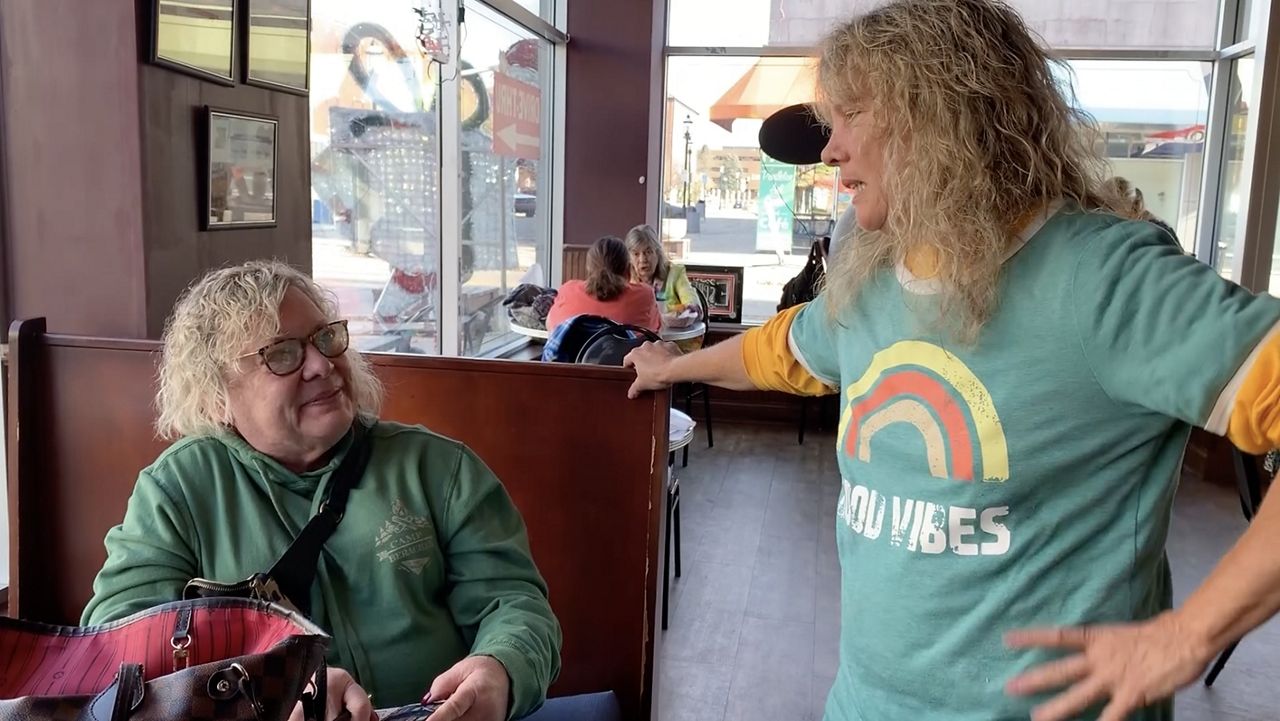 MIDDLETOWN, Ohio — More than 10,600 people are homeless on a given day in Ohio, according to federal data. Aid workers say unhoused people are more visible since the pandemic.

It's an issue that is impacting small business in one southwest Ohio community to the point that police are now stepping up patrols.

Heather Gibson opened Triple Moon Coffee Company in downtown Middletown nearly eight years ago. It was all in hopes of providing a warm and inviting environment for local residents.

“We just want to offer our customers a sense of home, a sense of belonging," said Gibson. "We’re the Cheers of coffee shops.”

Serving customers and growing a rapport with them has been one of her top priorities, but safety has been a huge concern lately.

She said she and her customers have been harassed by people who are homeless, mostly during early morning.

“We open early, we open before light,” she said. “And somebody is out in the parking lot and they get mean. They ask you for a quarter. if you say no then they get an attitude. So we’ve had several customers who are like 'I’m kind of afraid to come down'.”

Gibson said the city has decided to step up and help through increased police presence and community resource officers working with social services to help people get back on their feet.

But Gibson said it’s not enough.

“What happens is these people have been dropped off here and there’s really nothing here for them because our services are already overwhelmed,” she said.

Marcus Roth, the Coalition on Homelessness and Housing in Ohio communications and development director, said there has been an increase in visible homelessness across Ohio since the pandemic.

He believes it’s because people are avoiding overcrowded shelters due to the fear of catching COVID-19. And while he understands the concerns of business owners, he said policing isn’t the answer.

A lack of affordable housing is what Roth believes is the root of the problem. Data from the GAP report shows that there are only 43 affordable-housing units available for every 100 extremely low-income renters in Ohio. That’s why COHHIO is asking the state to invest a little over $300 million from the American Rescue Plan Act to help with housing.

“Addressing that root of the problem and providing housing and the services that will help people regain their independence, that’s really the way out of this problem,” he said.

As for Gibson, she said she’s not sure what the true solution is to the problem, but said providing mental health services to those in need may be one piece of the puzzle.

“You can feed them all you want,” said Gibson. “You can give them free food, free clothes, and a place to hang out during the day, but if we don’t have a place to deal with their issues, whether that be mental health or drugs or both, then it’s just a problem that will never go away.”