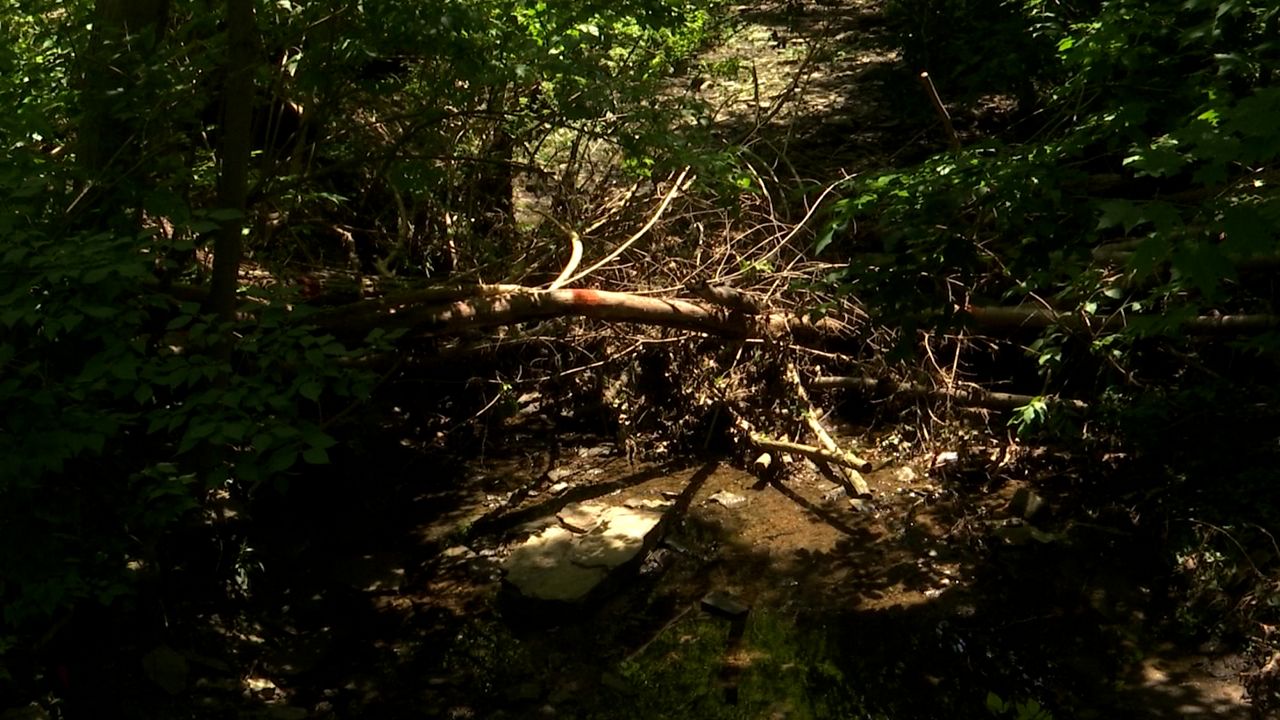 Wood dams were installed to limit the flow of water in Cooper Creek. (Michelle Alfini/Spectrum News 1)

BLUE ASH, Ohio — Days after a rainfall, the Cooper Creek, flowing through Blue Ash Nature Park, hardly looks like a creek at all. Small trickles of water cut through the mud and rock, but when it rains, storm water rushes through those same banks, bringing whatever pollutants and soil it picks up along the way to the Ohio River, unless something can slow it down.

Researchers from the University of Cincinnati and Hamilton County Conservation District hope they found a simple solution, putting their no-cost method to the test this spring, and months later, they said it’s already making a difference.


Adam Lehmann operates the Stream Conservation Program for the district, working on several projects focused on flood mitigation, habitat restoration and erosion prevention. In collaboration with UC researchers, he wanted to find a low-cost way to help him address all of those goals. He said the key was keeping storm water in the stream as long as possible. 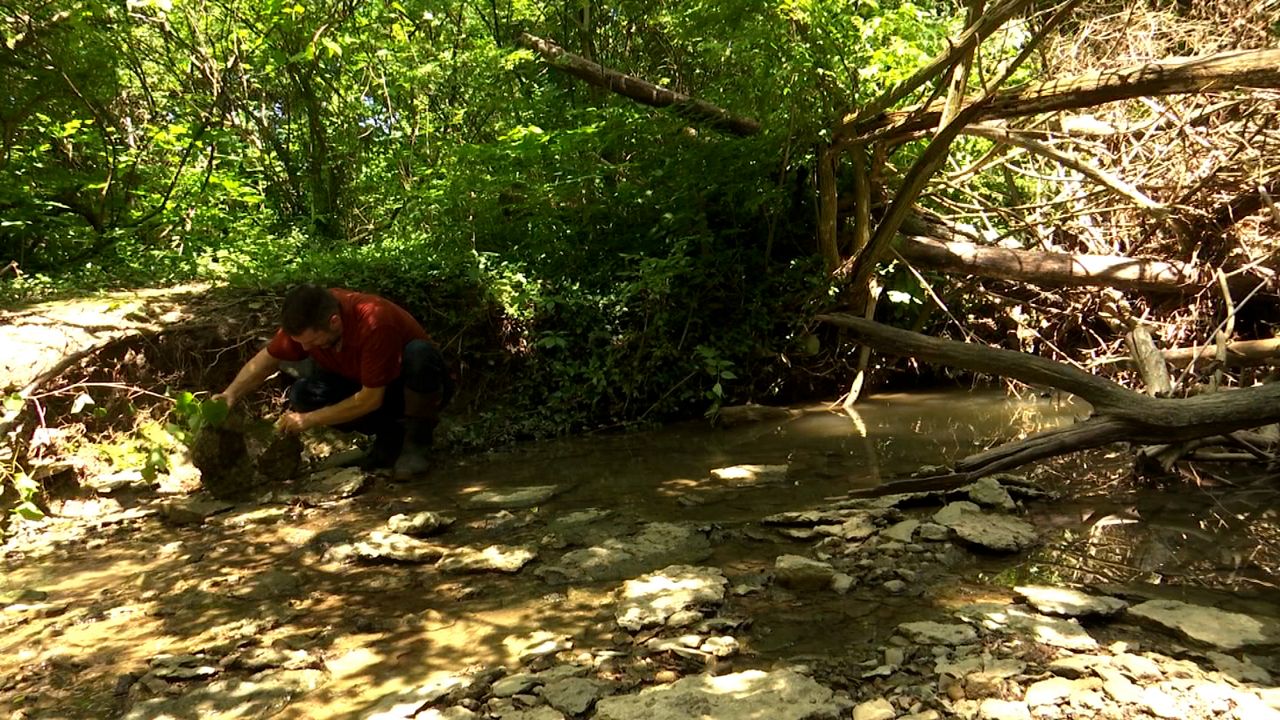 The solution was a series of four structures made up of tree branches and fallen logs, much like a logjam. Lehmann considers it the original watershed management method.

“There was always just wood falling, so you end up in a situation like this where you have all of these large structures,” he said.

Lehmann and several volunteers installed the structures in late May, and in the weeks since, they’ve withstood several severe storms.

“I think we have not lost a single piece from this structure right here,” he said.

The method is simple: when rushing floodwaters meet the dams, they either have to wash over them or high-pressured water travels underneath the logs.

“When that happens, you get these deeper scour pools that occur to create that refuge for fish,” he said.

During the past few weeks, Lehmann and UC graduate student Peter Grapp have watched those scour pools grow, the water slow down and the fish population return and multiply in the new environment. 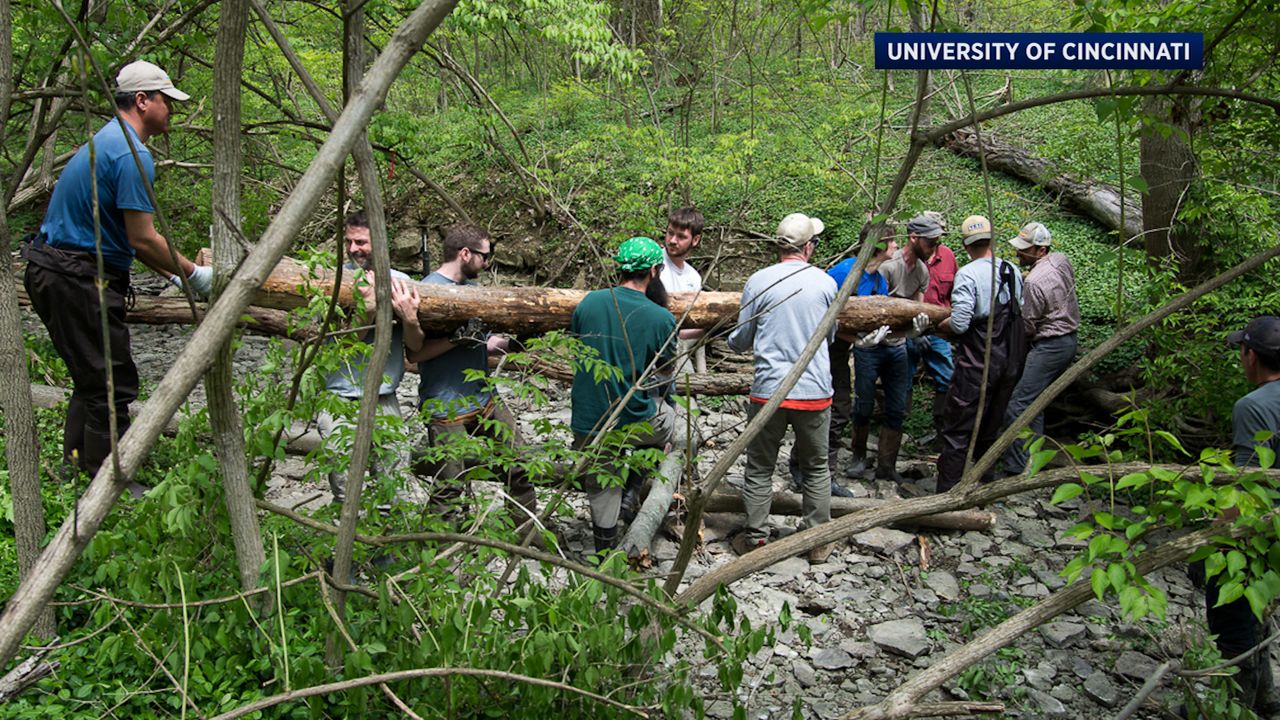 With flood control, while slow-moving, higher water may seem like a counterintuitive method, Lehmann said the local storm water management system relies on that water moving as slowly to the Ohio River as possible.

“The watershed is covered by 50% concrete and impervious surfaces, so when it rains it all just comes straight down here,” he said. “It’s a ubiquitous problem in urban and suburban areas.”

Lehmann said the impact of the study so far has been promising, and with low-cost supplies lying right along most stream banks, he’s optimistic conservationists across Ohio and across the country could put the same methods to the test.

“This is a novel method of stream restoration,” he said.

Lehmann and UC researchers plan to continue their study of the mitigation efforts over the next several years, to see how the structures hold up and how they affect the water flow in the long term. 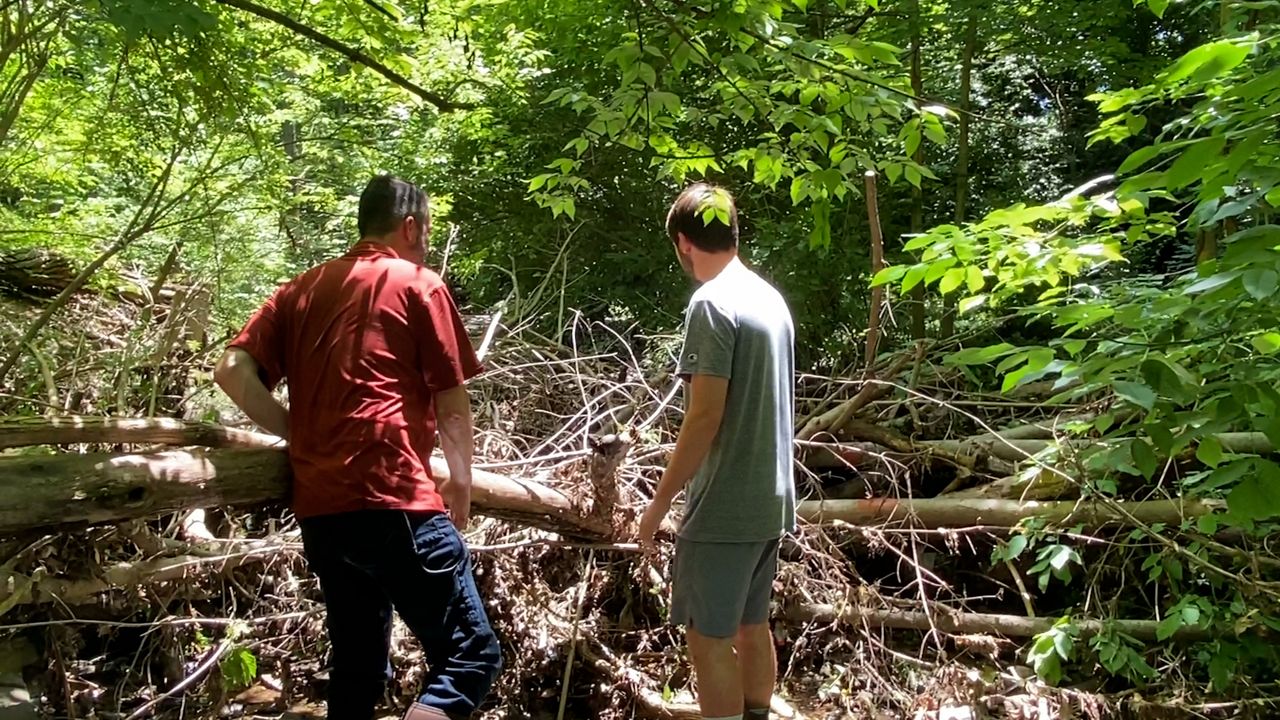