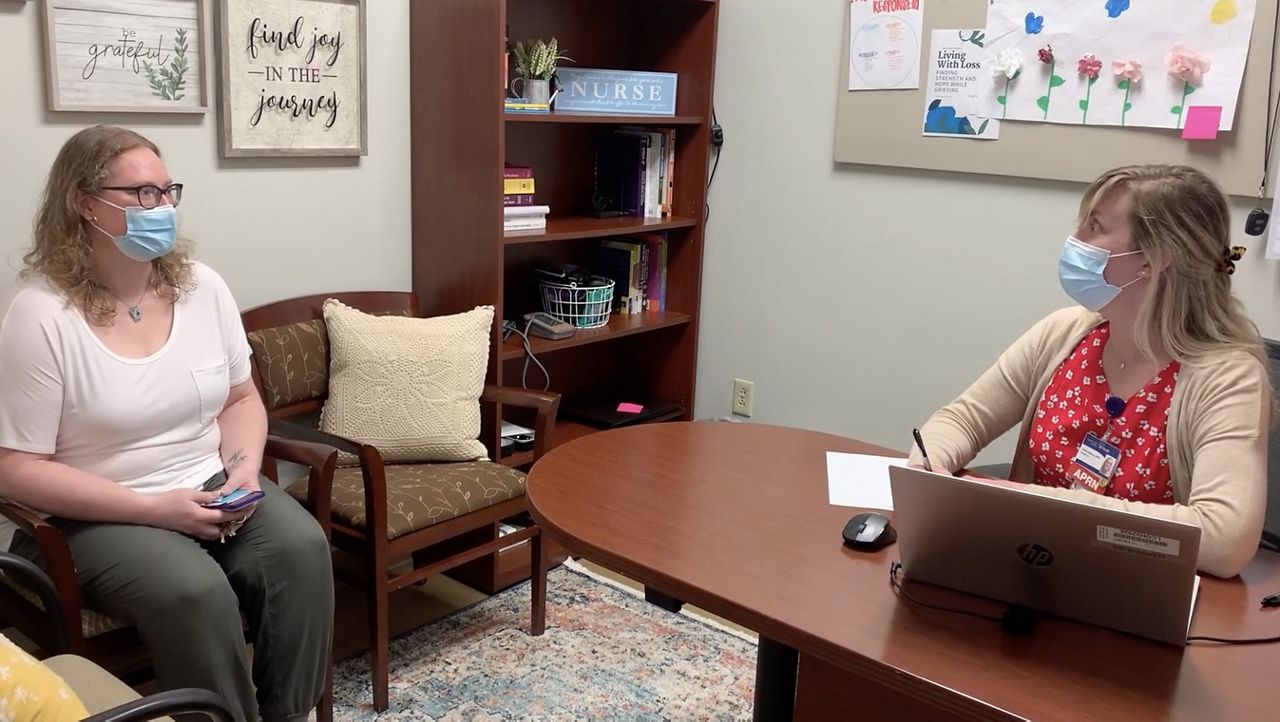 Lindsay Ensor is a patient at the Lindner Center of Hope, a mental health facility in the Cincinnati area. (Camri Nelson/ Spectrum News 1)

CINCINNATI — According to the National Alliance on Mental Illness, 21% of U.S. adults experienced mental illness in 2020. That’s why one mental health facility is expanding to help patients in need.

Lindsay Ensor is a patient at the Lindner Center of Hope. It’s a mental health facility in Cincinnati. She became a patient there in 2010 after having no luck with her last primary care doctor and therapist.

“I was getting sicker,” said Ensor. “I wasn’t getting well, and I realized there wasn’t communication between the two people.”

She was previously diagnosed with clinical depression, but after being evaluated at the Lindner Center, she found out there was more.

“I had Bi-Polar Disorder, anxiety, OCD and PTSD,” she said. “With that information, they could put together a better treatment plan.”

Ensor says these past 12 years haven’t been the easiest, but she said the team helped her get through.

“Everyone is just in the same game fighting the same battle to end the stigma of mental illness,” she said.

The Lindner Center is hoping to help more patients like Ensor. The center is currently running a $30 million campaign to help expand their facility and hire more clinicians. President and CEO Dr. Paul Crosby believes it will be a significant change.

“It’s incredibly exciting to think about being able to do that on a bigger scale to truly really meet that need that’s out there and that we know is going to be out there for many years to come,” she said.

This expansion is something Ensor is also excited about and hopes others will have the breakthrough she did.

“I never ever would have thought that 12 years later I would be a patient advocating for mental illness,” Ensor said.