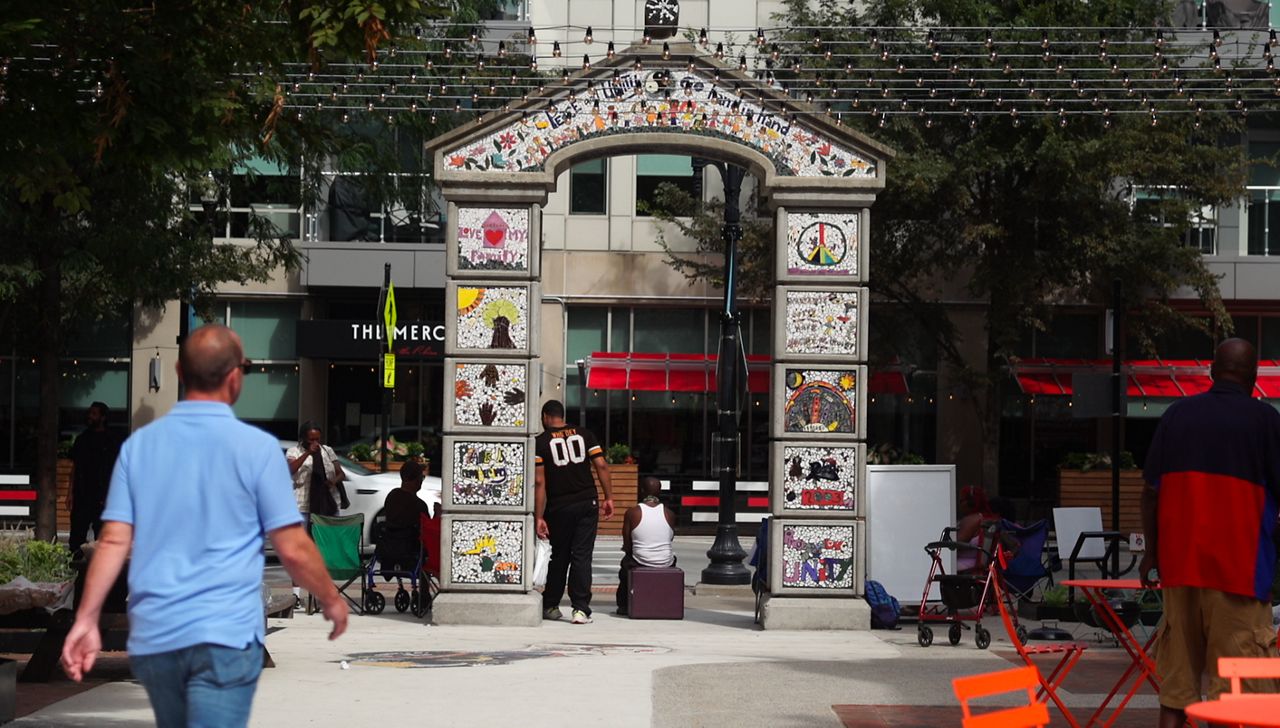 Vine Street: Years after a flashpoint, competing visions for the future

This story is part of Spectrum News’ initiative, “Street Level,” which explores Ohio through the history and culture of specific streets and the people who call them home. You can watch part one of Street Level: Vine Street here.

A police shooting more than a decade ago and the uprising that followed would bring about a series of changes to Cincinnati — from the way police interacted with the community to the demographic makeup of the neighborhoods surrounding the downtown area.

Nineteen-year-old Timothy Thomas was walking along Vine Street in Over-the-Rhine on April 7, 2001 when a police officer recognized him from a traffic stop. He had 14 warrants out for his arrest, primarily for traffic violations.

Thomas ran from the police, and a chase ensued. Ten minutes after the chase began, an officer shot and killed Thomas in an Over-the-Rhine alley. 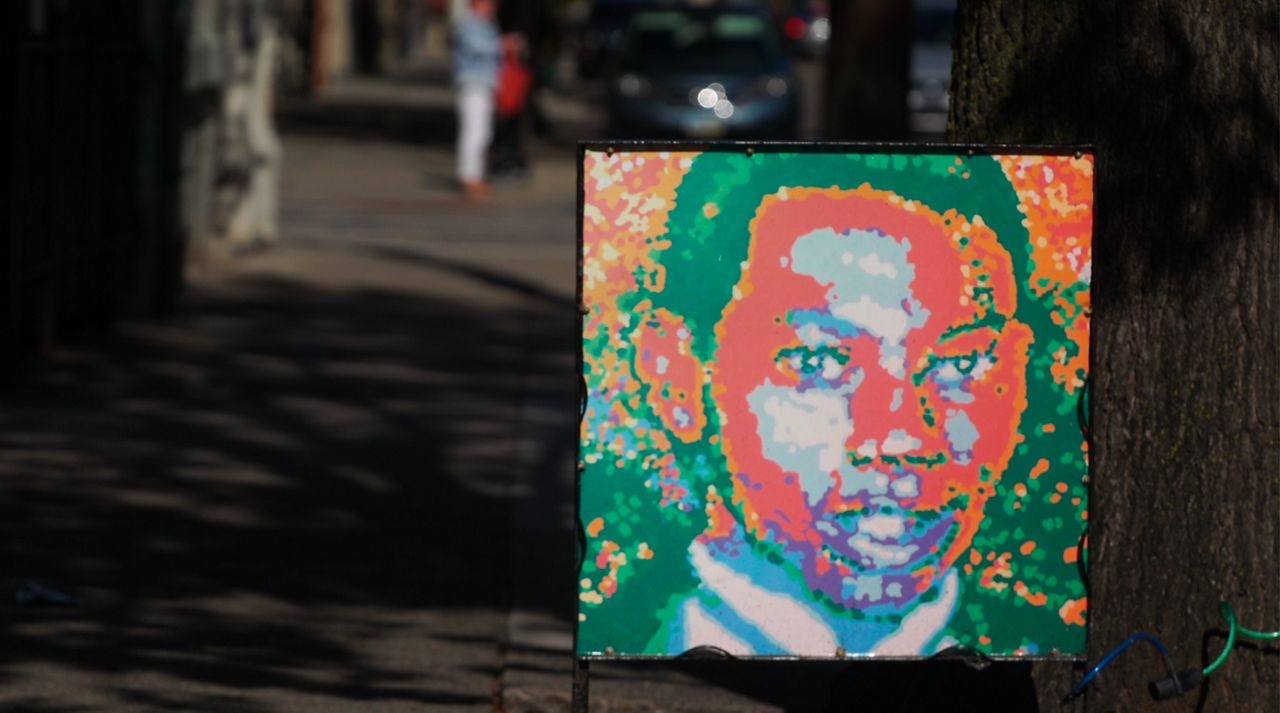 A few days later, a group of peaceful protesters, including Thomas’ mother, marched to City Hall to demand answers. After the police chief revealed Thomas had been unarmed, the crowd of protesters spilled out into the streets.

“I think that the people who run the city of Cincinnati understood that this was a different time and things would never be the same again,” said Iris Roley, founder of the Black United Front.

Thomas was the 15th Black man killed by police since 1995; shortly before his death, the Black United Front had sued the police department, alleging racial profiling.

Thomas’ shooting was a flash point; a critical moment for many Cincinnati residents.

“People were just sick and tired of being sick and tired, sick of hearing the same response, sick of nothing happening, nobody being held accountable,” Roley said.

For four days, Cincinnati saw a mix of peaceful demonstrations and unrest, with looting, vandalism and property destruction erupting in Over-the-Rhine and nearby neighborhoods. 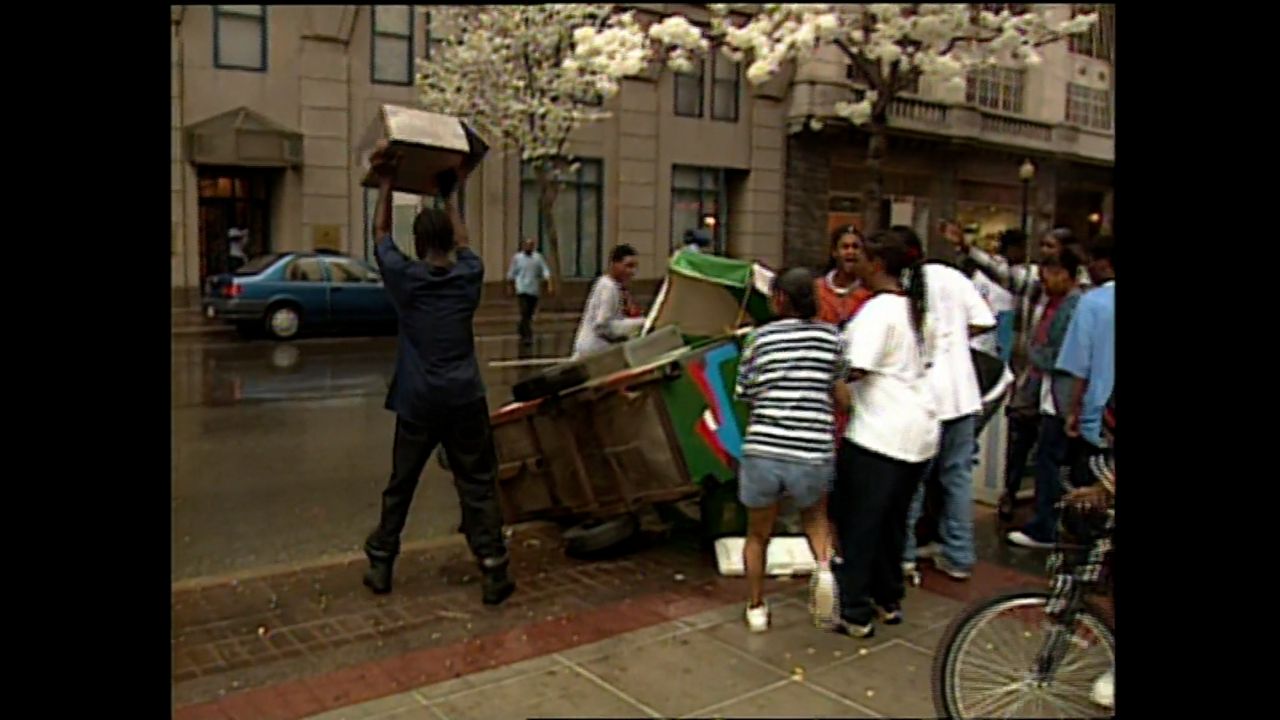 After the civil unrest and a series of boycotts by Black entertainers, the police department and city officials sat down with the Black United Front and other activist groups to develop what would become the Collaborative Agreement.

“We changed over 250 policies in that first iteration of the Collaborative Agreement,” said Roley.

The Collaborative reformed use-of-force policies, emphasized de-escalation tactics and established an independent board to review citizen complaints. Hailed by many as a success, it’s been used as a model for other police departments across the nation.

But twenty years later, Roley is still fighting for police reform in Cincinnati and beyond. She said the deaths of George Floyd and Breonna Taylor in 2020 devastated her.

“We’re not done,” Roley said. “I wish I could tell you we were close to getting finished, but I don’t think we ever will be.”

Amid Roley’s continued fight, OTR is changing. The protests and unrest that sparked police reform also spurred the city and developers to pour billions of dollars into transforming the neighborhood for good.

The changing face of Over-the-Rhine

“They did more than put lipstick on a pig. They also put nails on the pigs, too,” said Tony Drummond, a longtime resident of the neighborhood. For 13 years, Drummond has held onto his space in the affordable housing complex named for activist Buddy Gray, watching as the neighborhood changes around him. 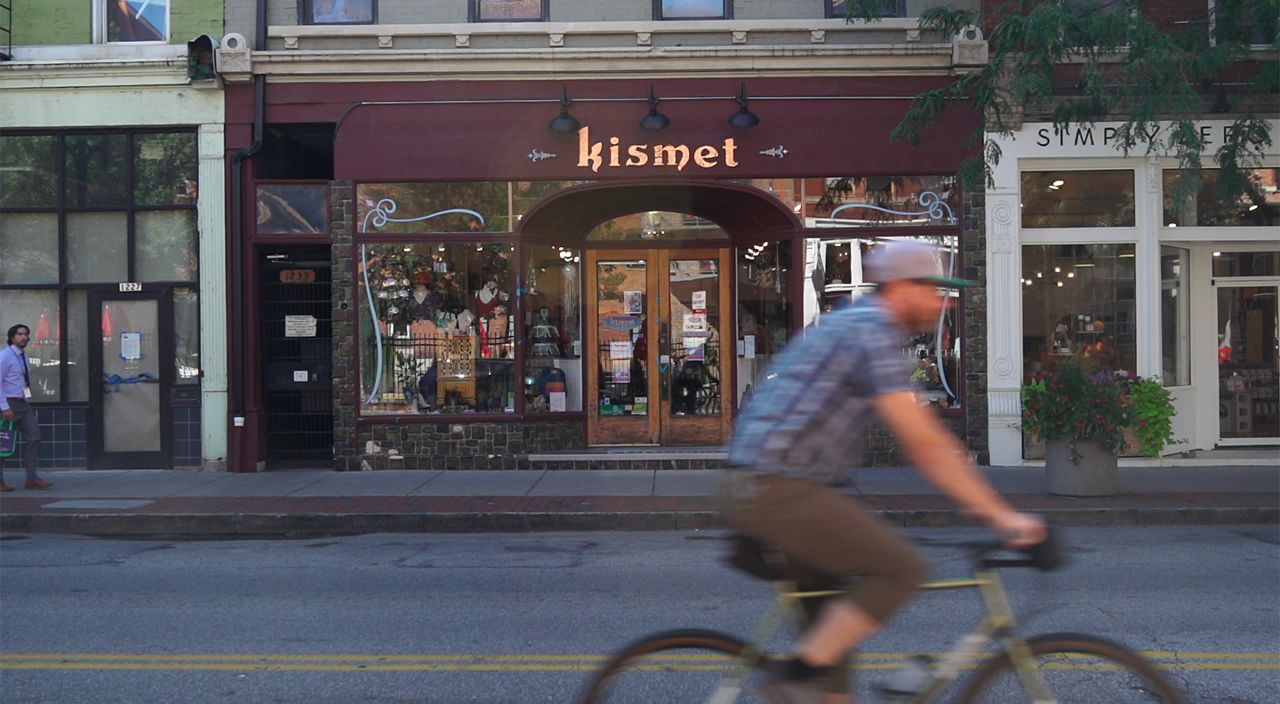 Drummond said he’s met “all kinds of people” while living in OTR, “from drug dealers to millionaires.”

He tries to meet them all, often spending his days people-watching across the street in Imagination Alley, a small community park. Even this small patch of park has undergone a transformation; only here, he had a say. Hoping to design a place the community would enjoy, the developers tapped Drummond to help gather community members’ input. 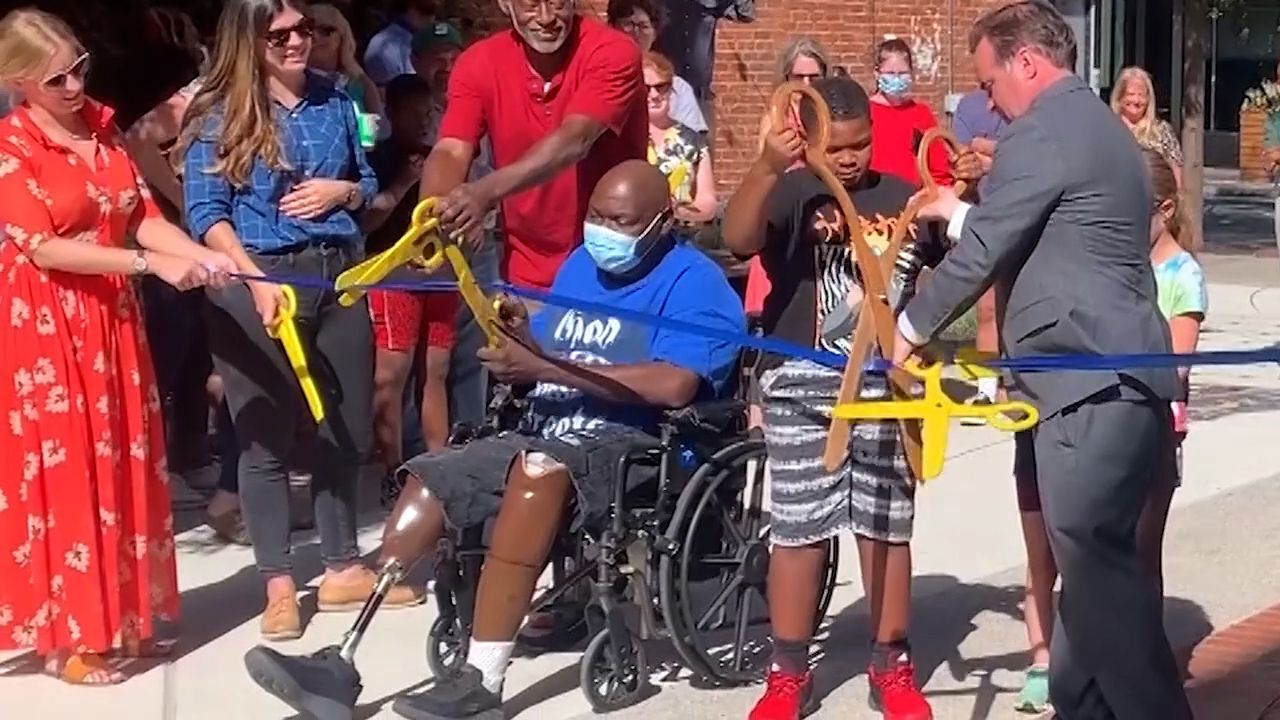 He never imagined he’d be working with those developers, a nonprofit called 3CDC.

“I used to hate 3CDC,” Drummond said. “I used to think 3CDC was a bunch of heartless SOBs.”

Cincinnati Center Development Corporation, or 3CDC for short, is behind much of the development in Over-the-Rhine. The organization started as a collaboration between the city of Cincinnati and local corporations — with a goal of creating a thriving business and entertainment district. 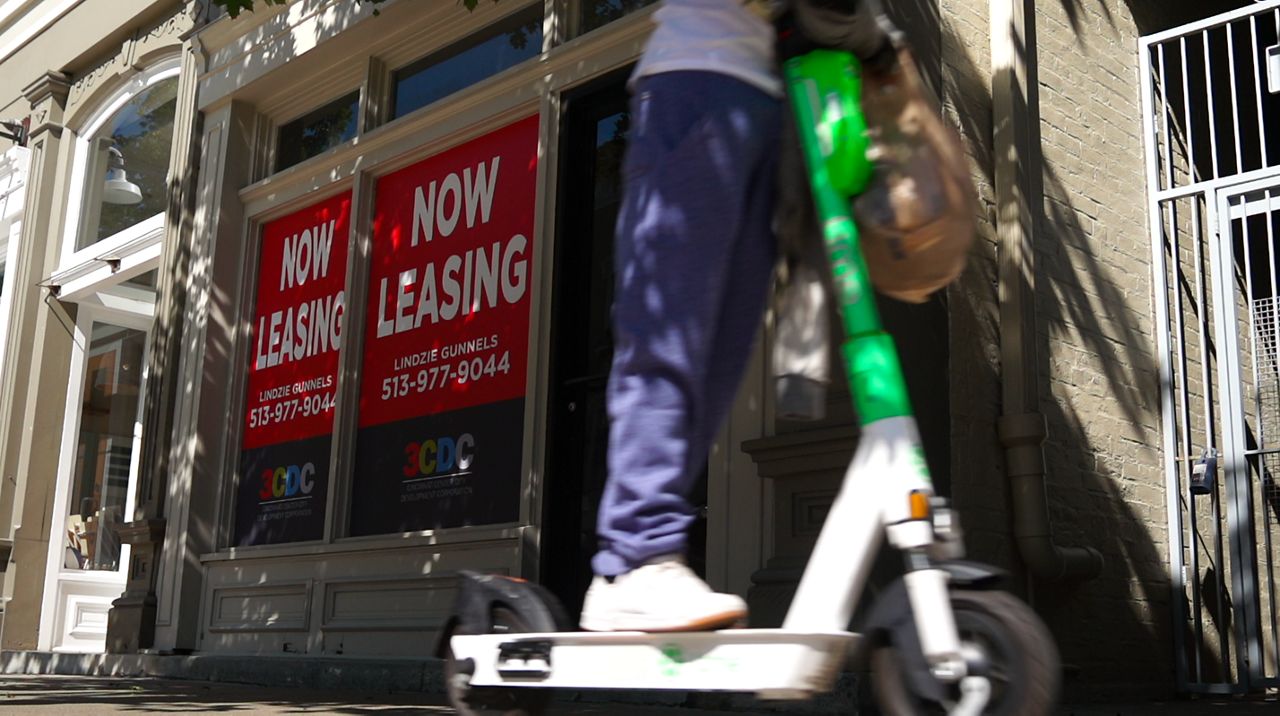 “Pretty much every project that we’ve done in Over-the-Rhine is taking a vacant building that was dilapidated and many times collapsing in on itself and converting that into a mixed-use development,” said 3CDC spokesperson Joe Rudemiller.

When Rudemiller walks down Vine Street, he says he sees “an active, vibrant community filled with people of all ages and races and socioeconomic backgrounds.”

For business owners like Northern Row’s David Berger, the changes have been welcome.

“It’s truly a success story,” Berger said. “It is, how do you take a blighted neighborhood and turn it around?”

The neighborhood’s development inspired him to put the historic building he bought nearly 20 years ago to use. 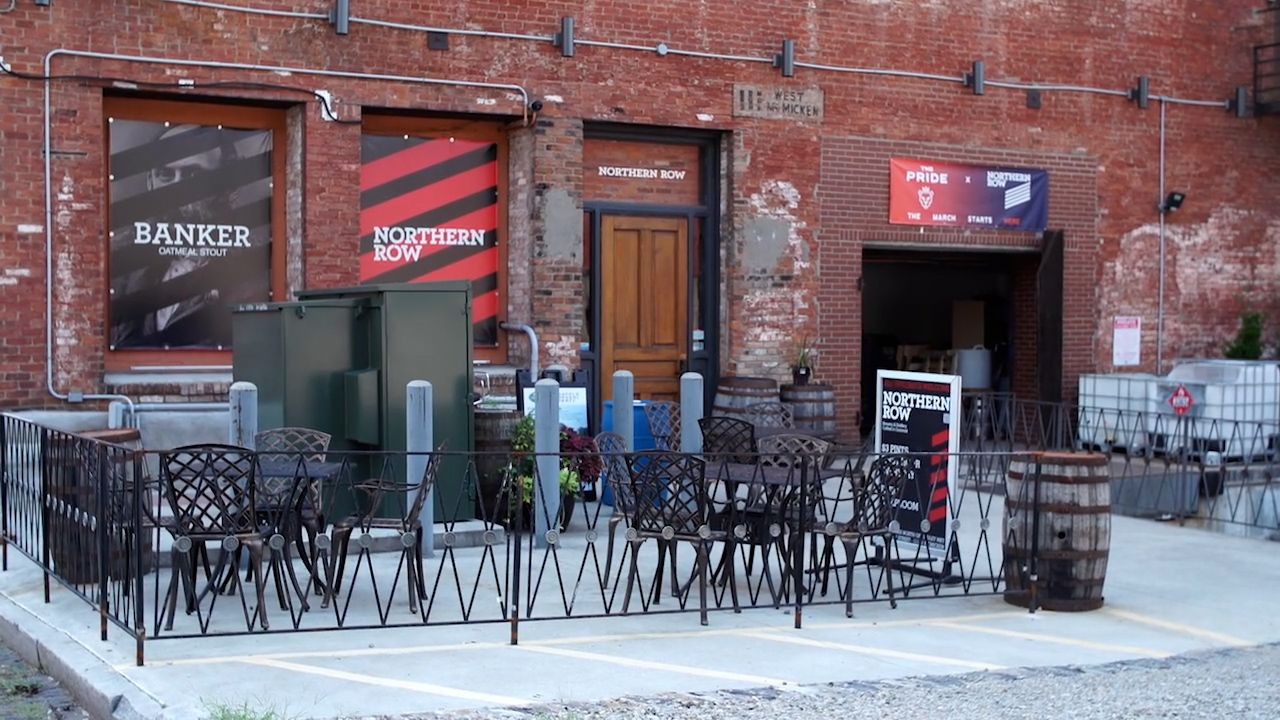 “The synergy, the excitement you see with the business owners and the people moving in and the tourists, it’s very special,” Berger said.

But not everyone is happy to see OTR change so quickly.

“On one hand, you do want to see, you know, thriving business districts,” said artist and community activist Jennie Wright. “But when a whole group of people are disenfranchised from that, you know, there’s a difficulty.”

Wright and her daughter Siri Imani see 3CDC as an agent of gentrification.

“Honestly, a lot of a lot of people got kicked out on Vine Street,” said Imani, also an artist and activist.

Imani and fellow community activists have been feeding, serving, and engaging with OTR’s poorest residents, continuing a long legacy of social justice along Vine Street.

Back in 2020, Imani did a residency at 1313 Vine Street, running a free community fridge for low-income people in Over-the-Rhine. 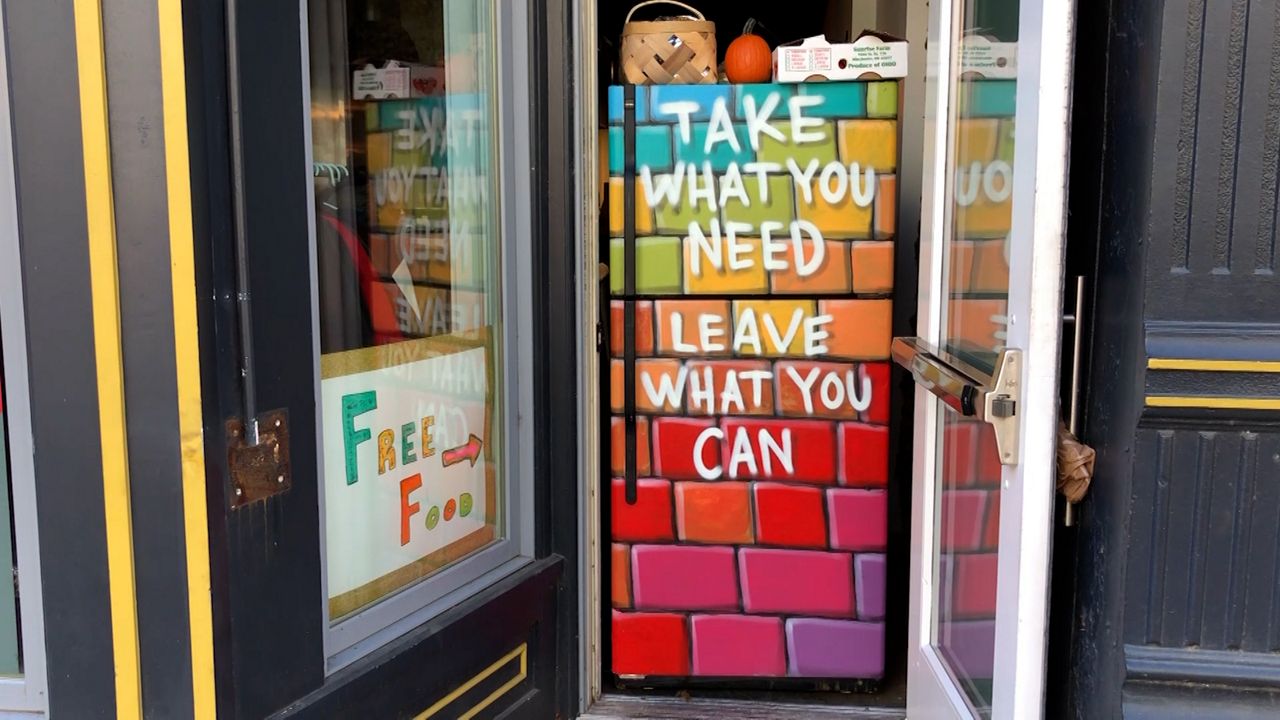 But she says after a month renting from 3CDC, despite her requests to extend the residency, Siri had to close up shop. The property remains vacant, and Imani remains convinced projects like hers and the people she serves aren’t welcome on Vine Street anymore.

"You’re not going to see luxury and affordable coexisting; not that it can’t, it’s completely possible if people want it to, but I don’t think that’s what people want to do,” Imani said.

It’s a sentiment echoed by many people connected to Over-The-Rhine.

“I hear my neighbors say, ‘I feel like a stranger in my own community,’ said Bonnie Neumeier, a community activist and co-founder of the Over-the-Rhine People’s Movement.

Census data from 2020 shows a more than 40 percent decline in OTR’s black population since 2010 and an 85 percent rise in its white population.

“You see gentrification on steroids. It’s like COVID,” said Roley. “It is literally taking over and pushing out black people, brown people, poor people.”

“Certainly the demographics have changed,” said Rudemiller, the 3CDC spokesperson. “I think at this point it’s really actually more reflective of, if you look at Cincinnati as a whole, the demographics in Over-the-Rhine pretty much mirror what the city is.”

Rudemiller believes much of the criticism aimed at his organization ignores the work they have done to improve equity.

Projects like Imagination Alley, where 3CDC worked with community members, he said, are another example.

“We felt like we had good engagement for the area,” Rudemiller said.

While Tony Drummond believes Imagination Alley has changed for the better, he says community members didn’t get everything they asked for. 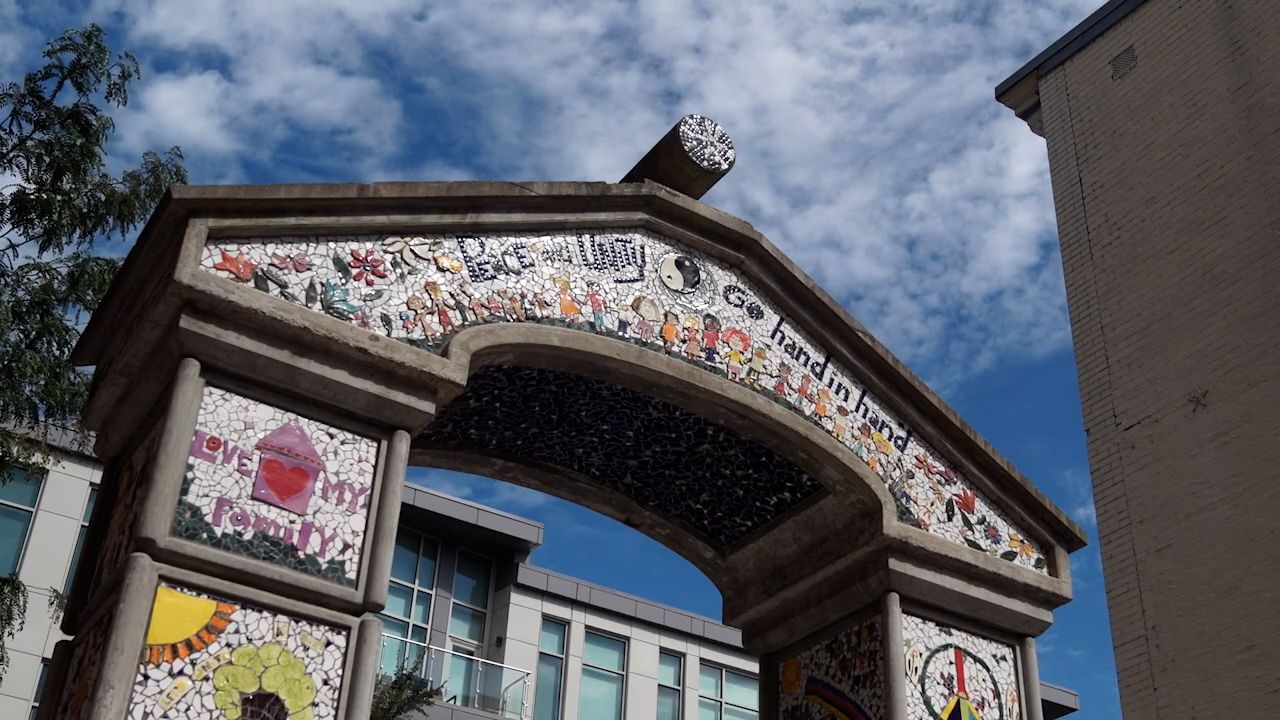 “Maybe they don’t like the rules about no smoking, something like that, but they learn to deal with it,” he said.

As a long-term resident at buddy’s place, Drummond says he feels secure in his housing, but he’s acutely aware his neighbors are changing.

“I used to know everybody on the street pretty much, next door. I don’t know, now, one person in that building.”

But he also knows he feels safe.

“I have seen people get shot on this corner right here. I have dodged bullets myself right there at the fence,” Drummond said. “Years ago, I wouldn’t have brought my grandkids down here. But now they come down, go out and play.” 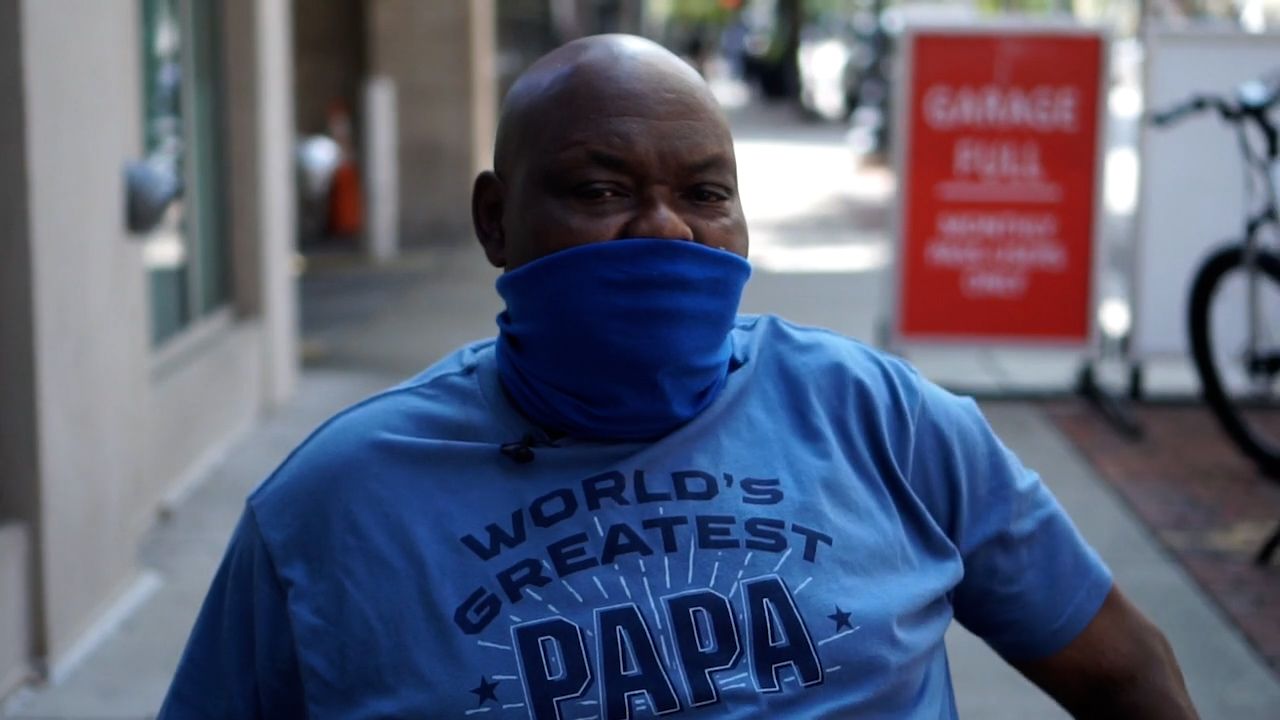 “A lot of people have had to move out for them to do that,” he said, “but it’s changing for the better.”

What’s next for Vine?

While there’s no consensus on what’s best for Vine Street, many who live and work along it say they want to see further development that can meet the needs of all residents.

“You should have low income housing right next to a market rate, housing and high income housing. It should all be one and the same,” said Rudemiller, speaking about 3CDC's vision for the neighborhood.

Neumeier stressed that OTR’s residents should be comfortable with neighbors who aren’t exactly like them, saying, “There has to be a broader understanding about how to live with difference and that everybody doesn’t have to live the same way,” said Neumeier.

But in keeping with Vine Street’s centuries-long spirit of social justice, activists believe community voices should play the greatest role in its future. 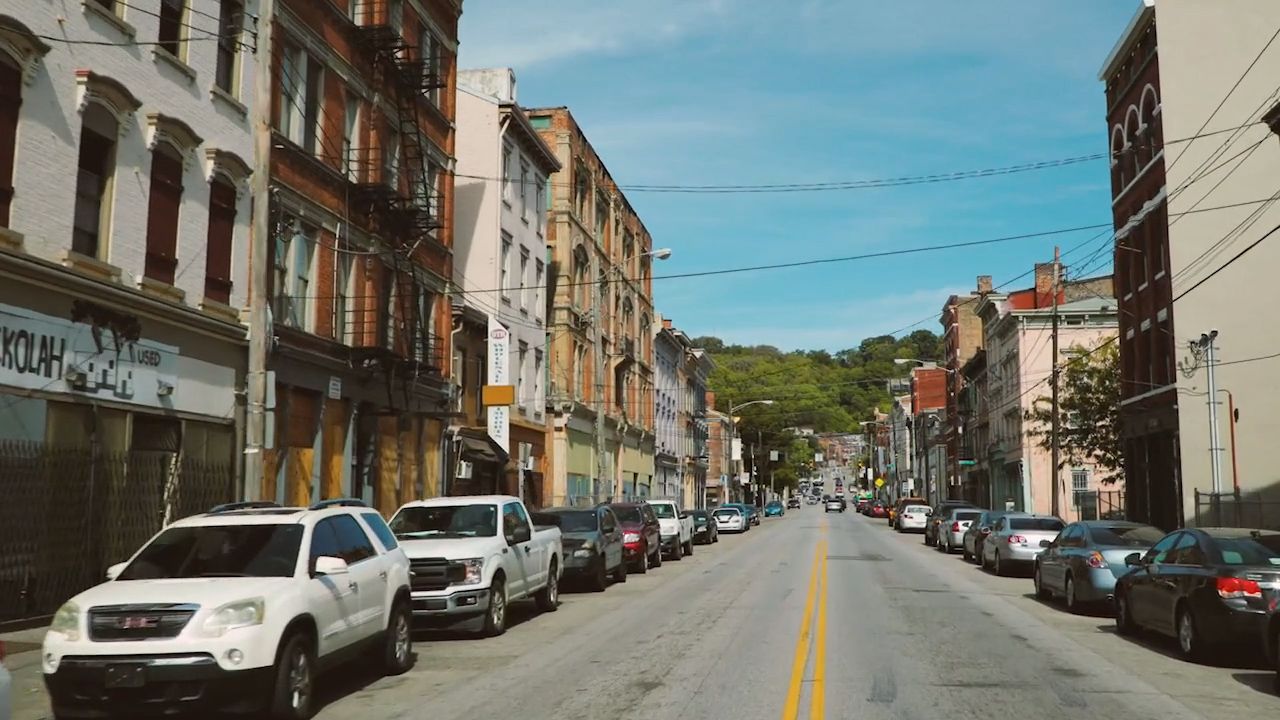 “If you’re trying to aid a community, you need to be asking people what they need on a street level,” said Imani. “I don’t think that redevelopment looks like creating a new neighborhood.”

“It’s about collaboration and it’s about mutual respect,” Neumeier said. “Take time to hear people’s stories. We’re not something to be afraid of, you know? I mean, you can actually learn something, and people have lived experience that has a lot of wisdom.”