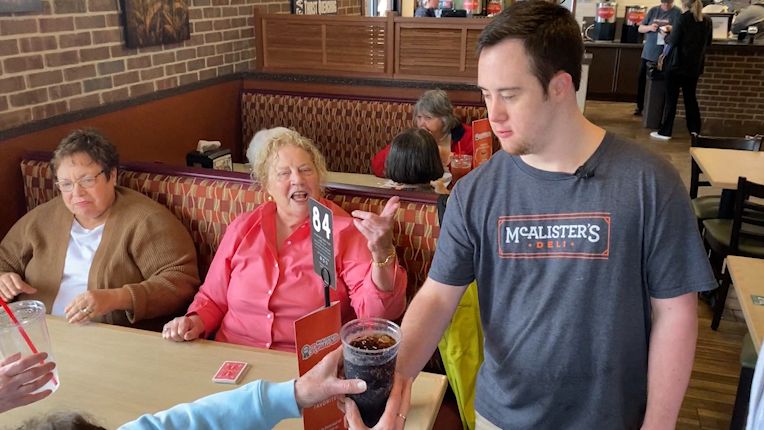 ‘Awesome Austin’ creates smiles on a pathway to success

CINCINNATI — For adults with developmental disabilities, finding employment can be a challenge. But thanks to one program in Hamilton County, it's helping to create a pathway to success.

“He knows almost everyone,” General Manager Russell Ferguson said. “He’s who we like to call the 'Mayor of McAlister’s.'”

Austin has Down syndrome, but that doesn’t hold him back — far from it.

He’s been working as a busser at McAlister’s for a year and a half, where he's a fan favorite.

His customers said he keeps them coming back.

“He’s just so full of love, and he cares,” said regular Terri Lehman. “You can see him walk around to every customer in this place. He talks to ‘em, gets kind of shy. He’s just a sweet person.”

Austin is a graduate of the Pathways to Employment program in Hamilton County. The two-year curriculum guides students with disabilities through a program centered on work and life skills, preparing them to transition into jobs in their communities.

Austin’s mother, Teresa Brown, said his job has given him the chance to grow and develop as a young professional.

“It’s great for independence, that’s one of the big things,” Teresa said. “You know having a job, he has responsibilities.” 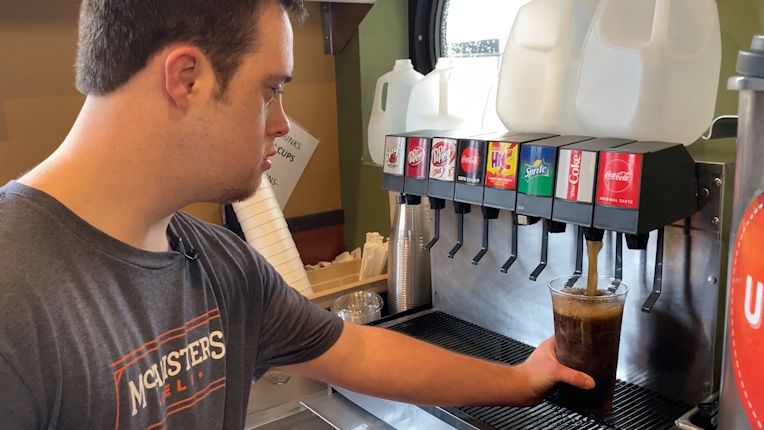 Pathways to Employment Intervention Specialist Melissa Sander taught Austin during his time with the program. She said she’s so happy to see him succeed in his role.

“We saw him grow immensely,” Sander said. “From being a little bit unsure, to being a very confident young man that he is right now.”

Sander said the program serves an essential function in Cincinnati.

“We have seen great successes in the recent year,” she said. “That’s kudos to a lot of companies in our community that are willing to give our guys a chance. Because I tell ya what, we’ve got some pretty awesome kids that come through our program.”

Nicknamed “Awesome Austin,” he does more than just work at McAlister’s. When he punches out from work and heads home, he likes to get the creative energy going, especially by playing the drums. 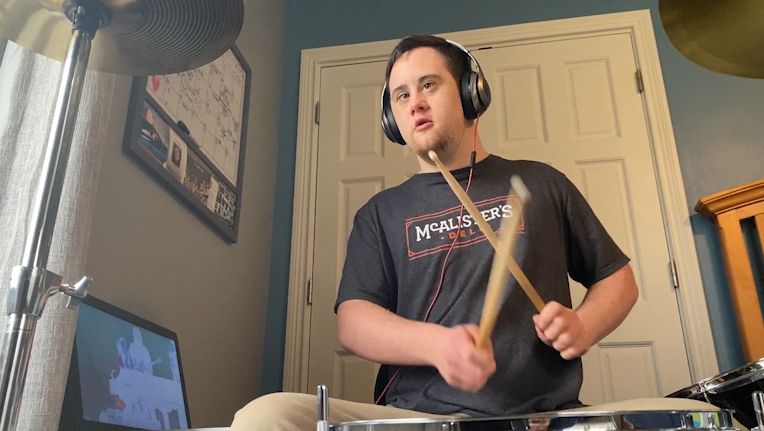 He also bowls for the Special Olympics, plays golf, goes climbing and so much more.

Teresa said she just wants Austin to be treated like everyone else. Thanks to the Pathways program and the caring people in his life, that’s happening.