MASON, Ohio — For decades, farmers, distributors and wholesalers have been working behind the scenes to supply what was once considered a miracle. Meat and fish from around the world as well as tropical fruits, winter squash, spring vegetables and summer berries fill shelves year-round at any American grocery store, all for relatively affordable prices.

During the pandemic though, cracks began to show. Shortages, price hikes and delivery delays revealed vulnerabilities in the global food supply chain, putting a strain on consumers and restaurants alike. As the supply chain works to get back up to speed though, an alternative movement is calling for a different solution: slowing down.\

Billing itself as an alternative to fast food, the “Slow Food” movement calls for producers, cooks and consumers to rethink the food supply chain, focusing on keeping food local, fresh and minimally processed, while protecting local food cultures.

The movement began in Italy in 1986 when a group of protesters came together to oppose the opening of a McDonald’s near the Spanish Steps in Rome. It went global three years later when delegates from 15 different countries signed the slow food manifesto opposing mass production and calling for the world to return to a pre-industrialized food system.

Over the past 30 years, Slow Food chapters have opened in communities across the world to support and connect businesses adopting this way of growing, cooking, and producing food. Cincinnati’s opened about 10 years ago. 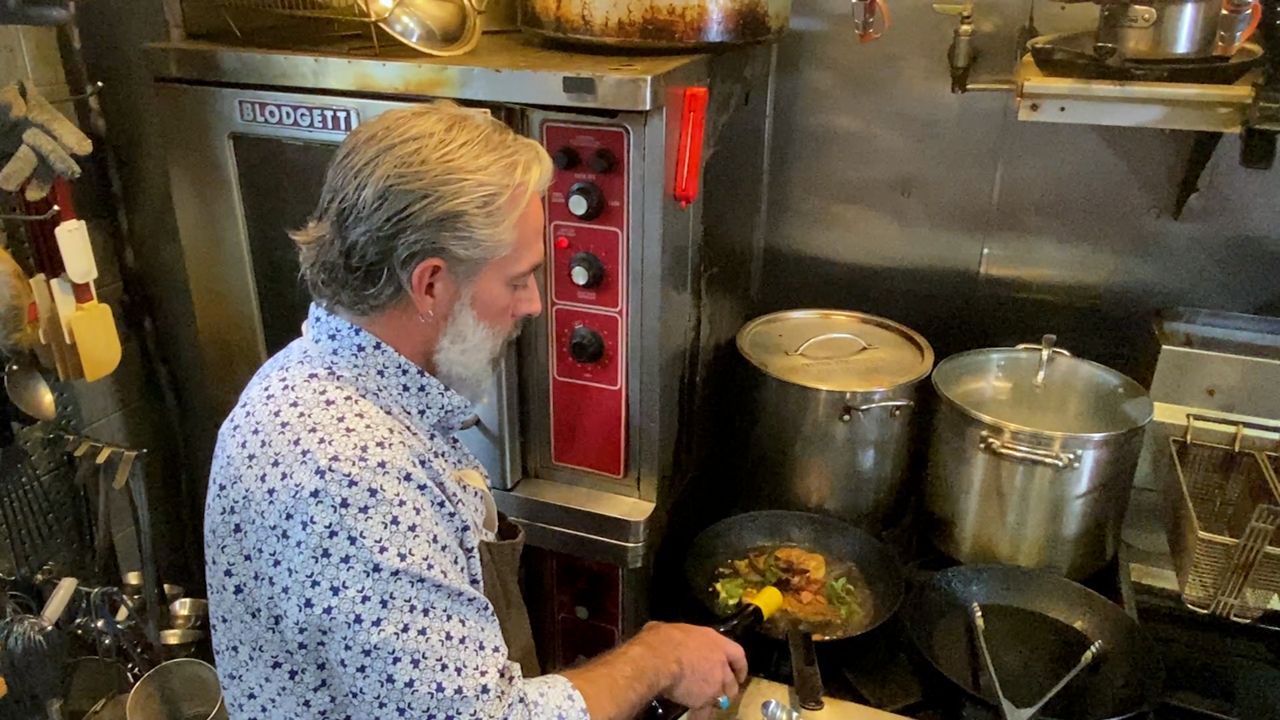 At his Mason cafe, chef Todd Hudson tries to subscribe to that philosophy as much as possible. When he opened the Wildflower Café in 2008, he said farm-to-table cooking was a new concept he even had to sell to the farmers.

“I would go to these farmer’s and they’d say, ‘Get out of here man. We don’t sell to you,’” he said. “They said, ‘You guys are all the same. You want the cheapest stuff we have, and you beat us up on the price.’”

To get the partnerships he needed, Hudson said he had to show an appreciation for what they produce, keep his demands in check, pay their prices and figure out at the restaurant how to make it work on the menu.

“This is a doable thing and this is what eating and being around food is supposed to be,” he said.

Hudson said it often means paying more for ingredients, spending more time preparing them and rotating his menu based on the high-quality ingredients farmers have available.

“This mentality that people have that we should be consuming the same thing and that it should be available every day of the year, I go completely against that,” he said. “That’s the negative side effect of knowing we can go to the grocery store and know we can get asparagus any time of year, but the problem is, it’s really low grade.”

Hudson said what he lacks in a consistent menu, he more than makes up for in consistent quality which created a customer base around his cooking rather than any specific dish. 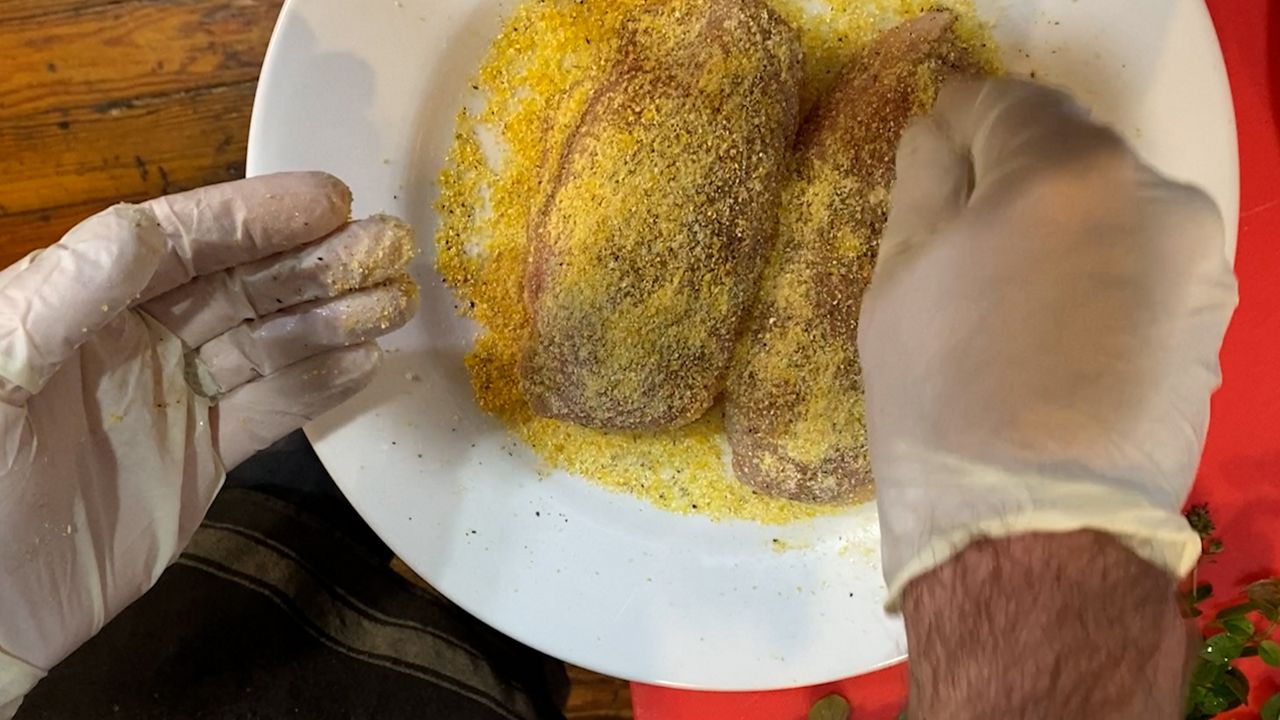 Hudson sources all his poultry from southern Ohio farms

“They never get tired of eating at Wildflower,” he said.

Coping with the supply chain

Within the traditional food system, most food is grown or produced on large-scale farms, strategically located throughout the world to provide the largest possible harvest, for the lowest possible costs at intervals that ensure almost every fruit, vegetable or protein can be found on the shelves year-round.

Since its founding, the Slow Food movement has called that method fragile and unsustainable because it relies heavily on transporting perishable items hundreds or thousands of miles.

“When we have this system where we’re importing all this food from all over the world,” Hudson said. “That’s not an efficient way to operate a business.”

Hudson said his knowing his producers hasn’t made his restaurant immune to supply chain disruptions.

He said his meat providers had to cope with the same processing delays other poultry, pork and beef producers faced, but he said his partnerships and flexible menu meant a smaller scope of issues.

“Frankly, I don’t know how a lot of these other restaurants are in business,” Hudson said, “If you’re BW3s and you’re trying to buy chicken wings and they’re 1000 times more expensive than they used to be, I don’t know how you operate that business.”

The Slow Food movement believes condensing the food chain and removing steps between producers and consumers can ease some of the logistical stress straining the global market but it starts with shifting demand to a different kind of supply.

Hudson said most of the credit for keeping his Slow Food restaurant running, falls on the farmers who supply him, particularly Jon Branstrator of Branstrator Farm in Clarksville.

“It took me a while to see the value in these relationships,” Branstrator said. 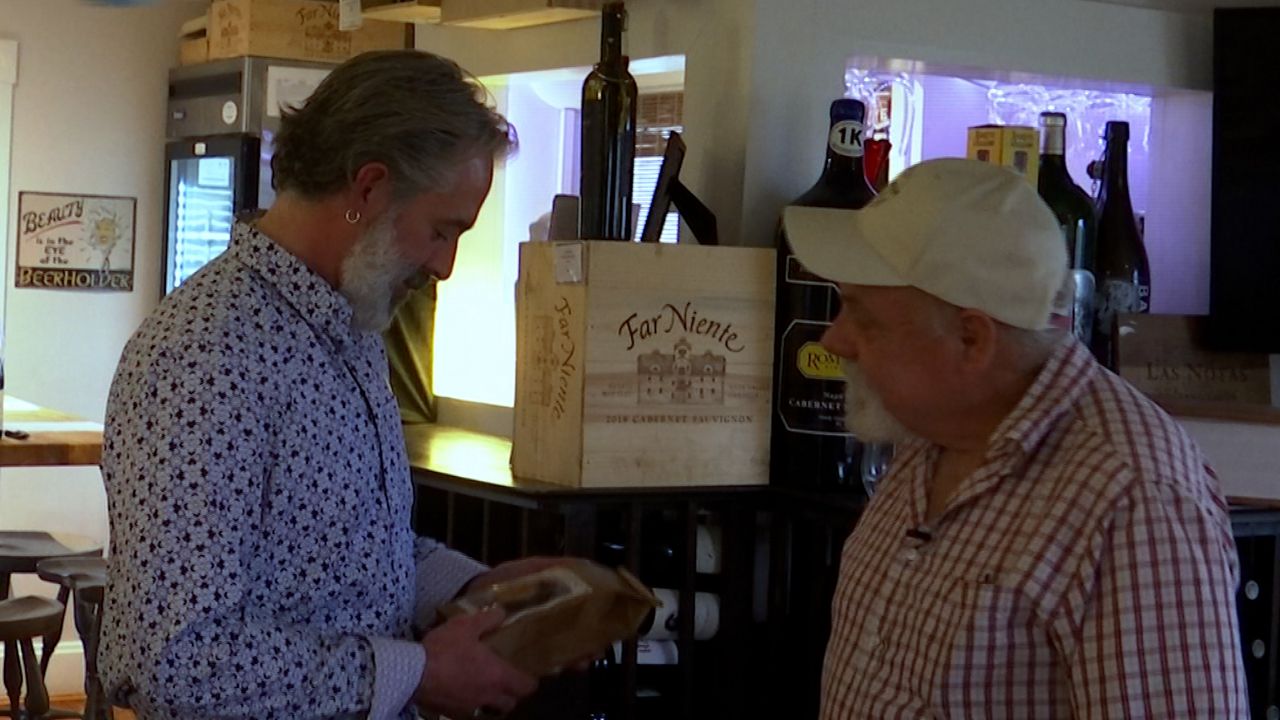 Providing most of Hudson’s produce and grain, Branstrator said he found over time that supplying local businesses allowed him to spend more time on the farm, less time shipping his ingredients and more freedom to develop the crops he wanted to grow, like his Leaming Yellow corn.

While not as productive as the hybridized corn grown as a cash crop across much of the country, he said the Leaming is native to the area, allows for more sustainable farming, and in his opinion makes a better meal.

Branstrator is working with Wendy Silvius of Slow Food Cincinnati to get some of his crops registered in the Ark of Taste, or a catalog of food native to a specific region that could face extinction without support.

“Every small business is a challenge but especially when you’re trying to overcome certain economic forces that are in place with the industrialized food system,” Silvius said.

A reimagined future for food 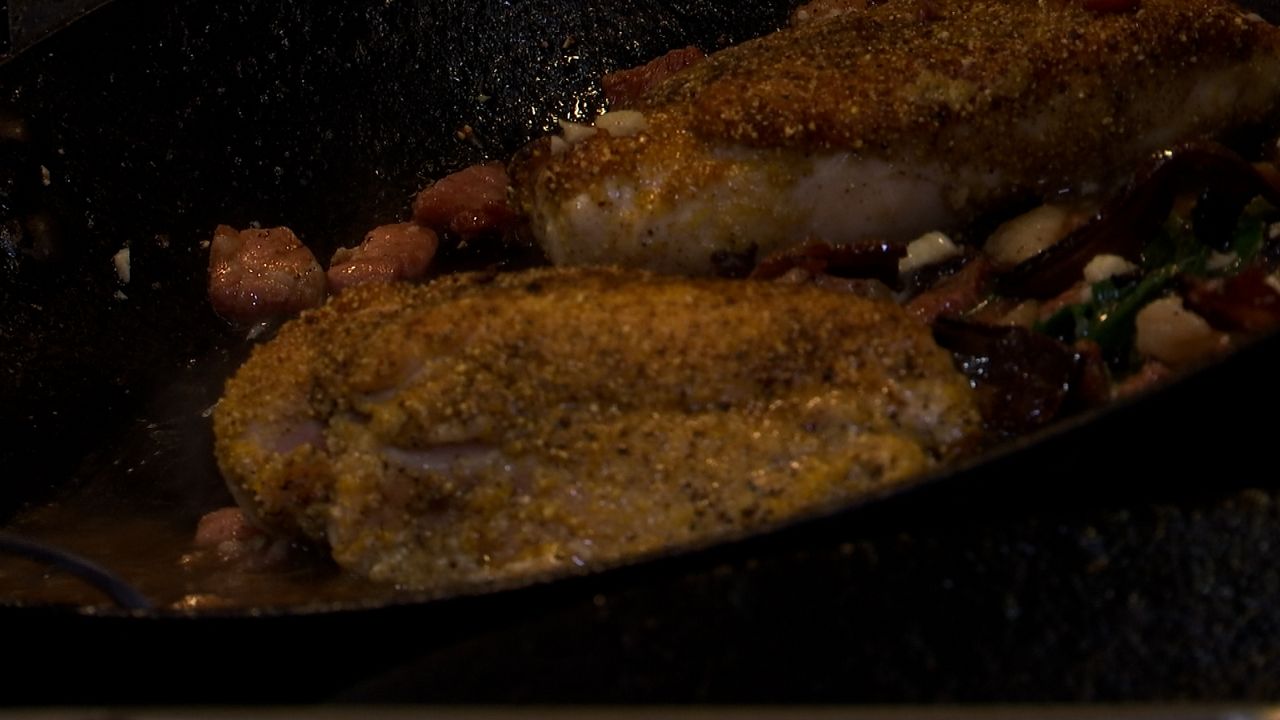 Hudson finishes up his chicken entree

On Dec. 10, the Slow Food movement celebrates its anniversary, Terra Madre Day. Silvius said she wants the moment to open more minds to a new way of thinking about food.

“That’s really what slow food is about is to connect the producers of that type of food with the people who want to purchase it and raising awareness about why those things matter,” she said.

The movement has its critics. Some consider it elitist, expensive and unrealistic when it comes to feeding the global population.

Still, he believes prioritizing local food makes a big difference when it comes to sustainability, and most importantly for him as a chef, taste.

“It’s what people have been doing for hundreds of years,” he said. “This is something that happens on a human level that’s instinctive.”