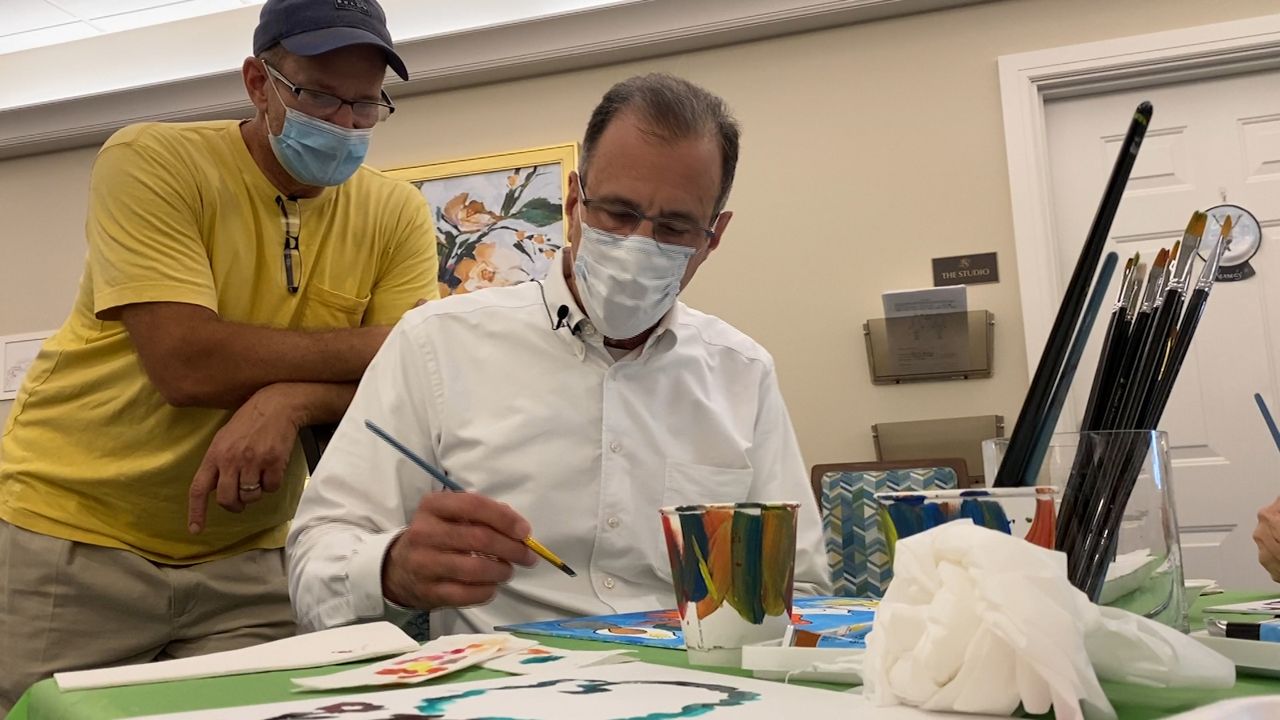 
​​​“Why leave anything unfinished?” George asked.

That’s the question that kept Steve and George going as they completed the painting. 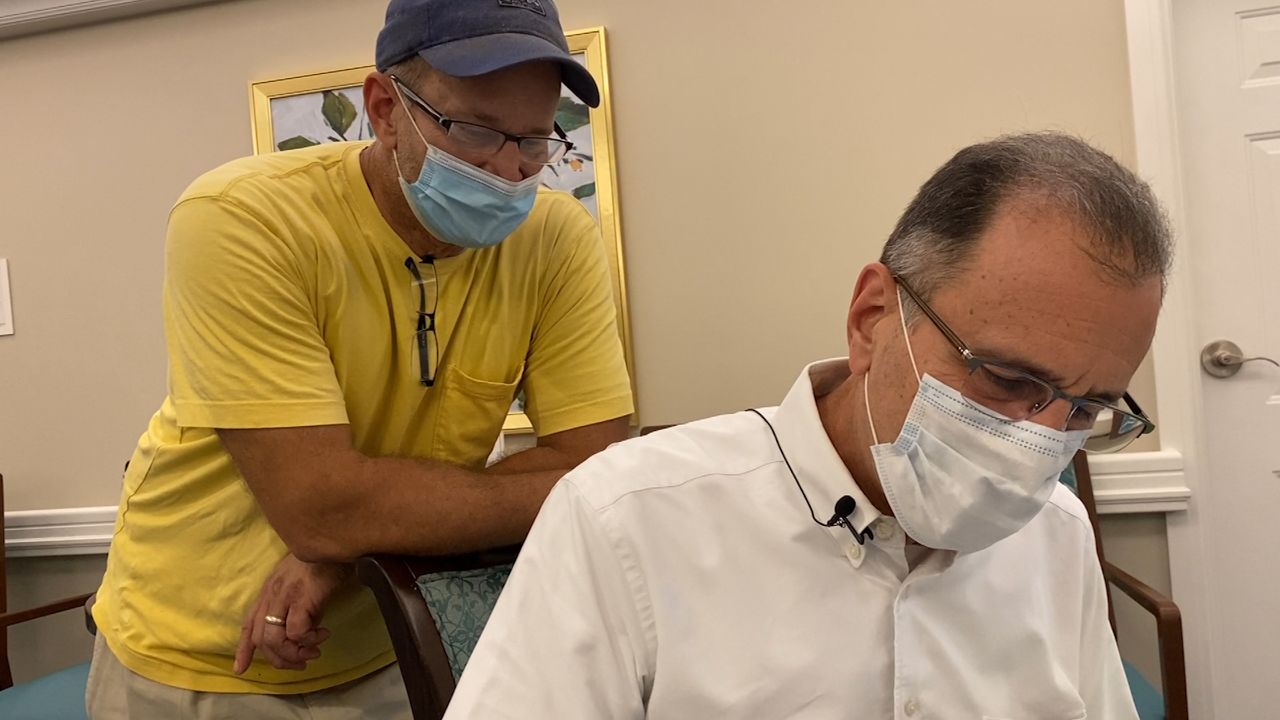 “She started it, we’re finishing it," Steve said.

The painting was started by Thelma Jonson, their mother, at her senior-living home. But it was never finished by her because she recently passed away. 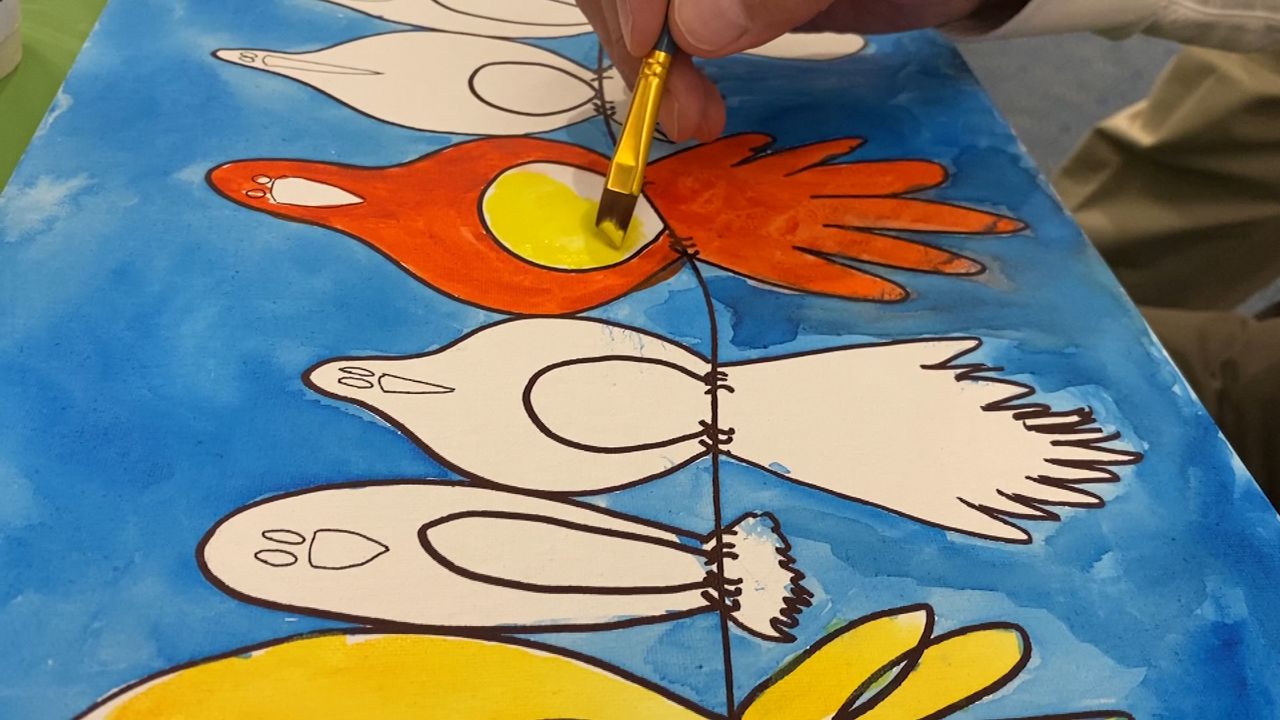 “We knew it was unfinished, and we didn’t know what was going to happen with it," Steve said. "Then Annette got ahold of us and asked us if we wanted to do this and of course, we said, why sure. We just thought it would stay unfinished.”

Annette DeCamp runs the art class each week as part of Senior Stars' seven areas of wellness. She approached the brothers in hopes that they could finish what Thelma started. 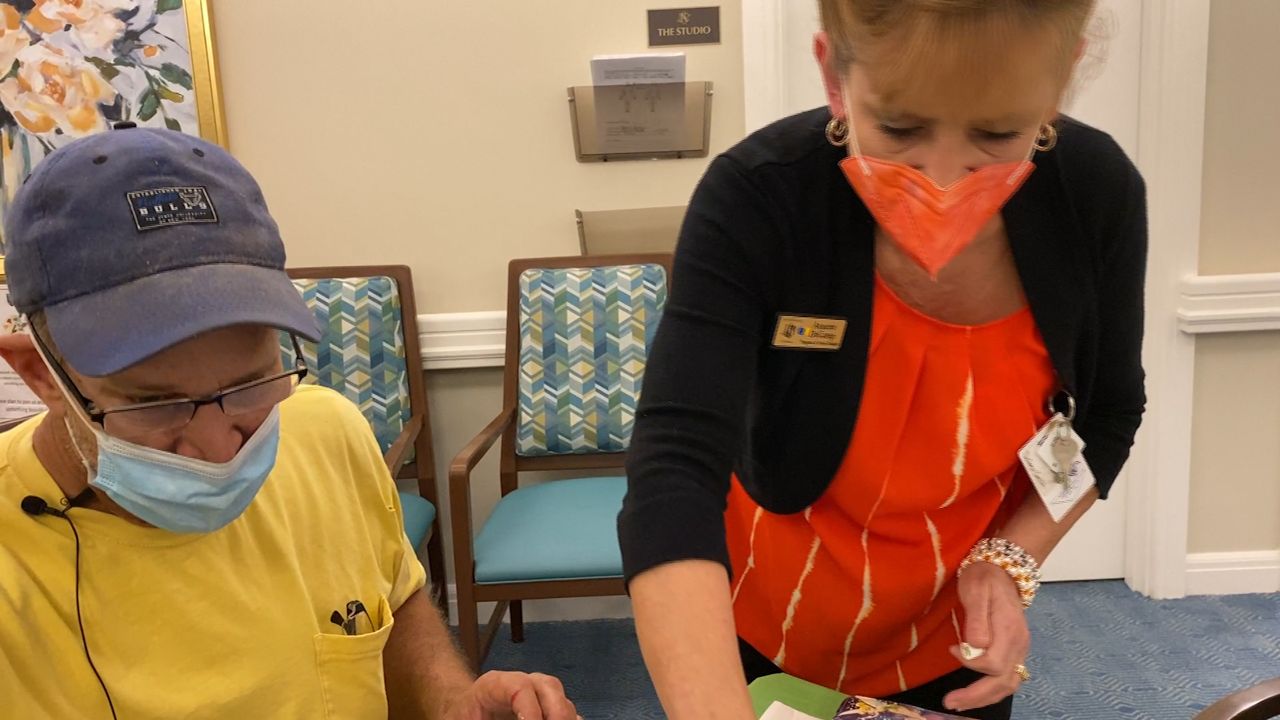 “It was so important to her," DeCamp said. "And as much as her sons loved her and wanted to finish this, as soon as I mentioned it, they embraced the idea.”

The painting was extra special; it was being done for a donation to the Alzheimer’s Association — a cause close to the Jonsons.

So the brothers painted, taking turns, channeling what their mother loved so much.

“She didn’t leave her apartment that often," Steve said. "And this was one of the things she left her apartment to do" — even though they don’t know if she would have approved of their artistic choices. 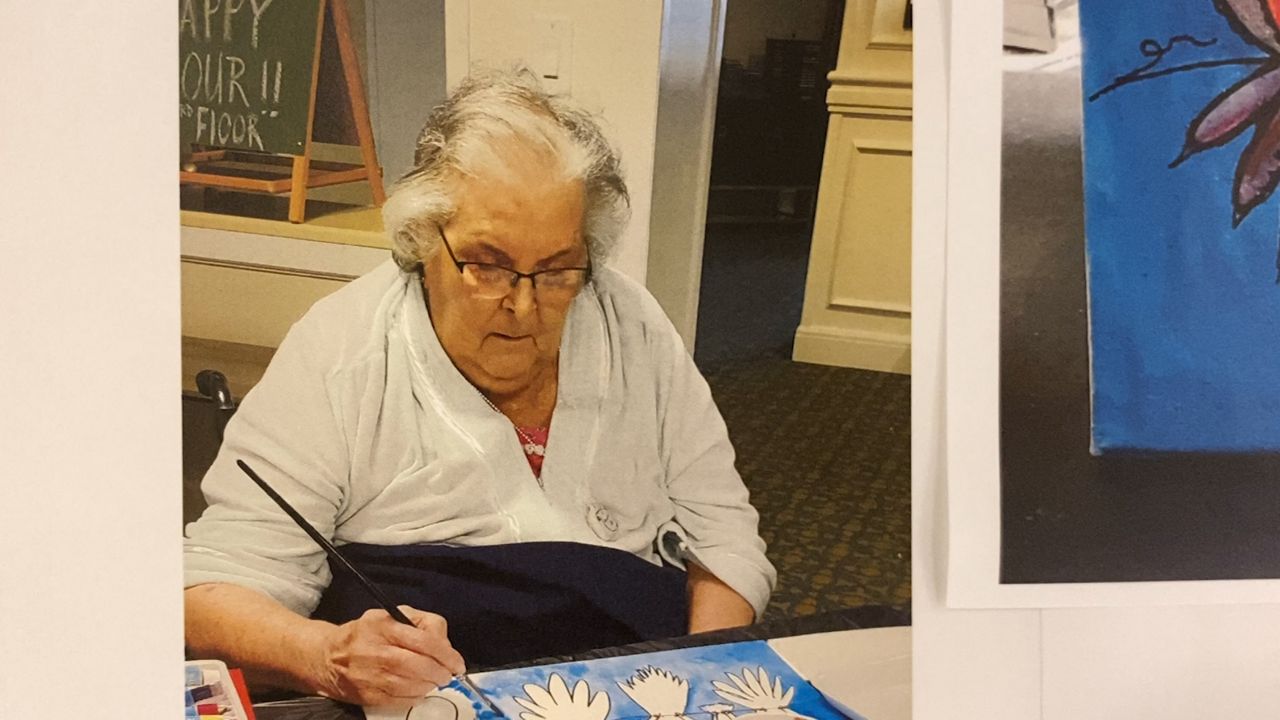 They kept painting until each bird was finished, and the final product can be turned over for the donation

“She would have given us points for trying," George said.