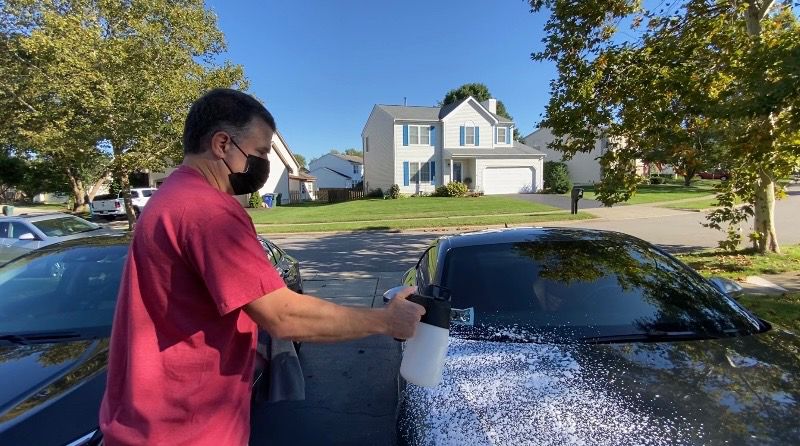 Distractions like washing the car would pull Michael Thornton from focusing on his work while working from home.

WESTERVILLE, Ohio — As some people return to office buildings to work, others are finding the right spaces that suit them to work in, instead of working from home.


When the pandemic first started, doors to many businesses, along with colleges, closed for a time leaving most work to be done virtually. As a result, co-working spaces, like the one at The Point at Otterbein, saw a decline in the number of people using the space. Now, they are working to build back up their individual and business clientele.

“We found that over the last year that there are a lot of people coming back to work in a space like this because maybe their organization no longer provides a space for them,” explained Erin Bender, executive director of The Point and Corporate Partnership at Otterbein University.

Bender said the pandemic also gave people a lot of time to think about what they were missing and what they really wanted for their lives as they worked from home. She said, for many, they realized working from home was good, but they missed being in the community with people.

Bender added that they also missed, “that ability to give back in a way they can be supportive in the community and one way to do that is really working with our students and providing their expertise and experiences so that our students can be you know better as they move their college and hopefully career path.”

Connecting with students through teaching, internships or production of products for one's company are just a few ways tenants in the co-working space must agree to, to use the space. She also said, for some, trying to work at home with kids was another reason for rentals.

For Michael Thornton, it's worked out perfectly. He started using the co-working space just before the pandemic since his employer isn't located in Columbus.

He learned early on that working from home didn't cut it for him.  Thornton said he'd be fine the first few hours of the day, but after that, things would go downhill from getting up to go wash his car, change a light bulb or do anything else that came to mind.

“It was too much of a distraction for me. I need a place that I go that’s dedicated to work,” he said.

Now, that students are back on campus, “I actually look forward each day to coming in, seeing all the students, seeing them sitting around the mornings, eating breakfast, doing their homework last minute.”

Thornton teaches a class now at the university as part of his co-working experience. When he’s not teaching, he’s busy building custom payment software for global clients.

Although he spent the last year alone in his office, he’s said he's got some new co-working neighbors on his hallway now. He said it stays pretty quiet, which is just what he likes without the distractions of his car or a busy office floor. For Thornton, the co-working space experience is something that he wouldn't trade for working in a full office building again with all of the noise.

“Oh, I would never go back. If at all possible, I plan on working out the remainder of my career right here in this office. I love it that much,” he said.

Officials at Otterbein said they’re hoping that as things shift with the pandemic, they’ll be able to bring in more companies and individuals to fill their spaces. That's in addition to the open co-working space that's already available for people to use.