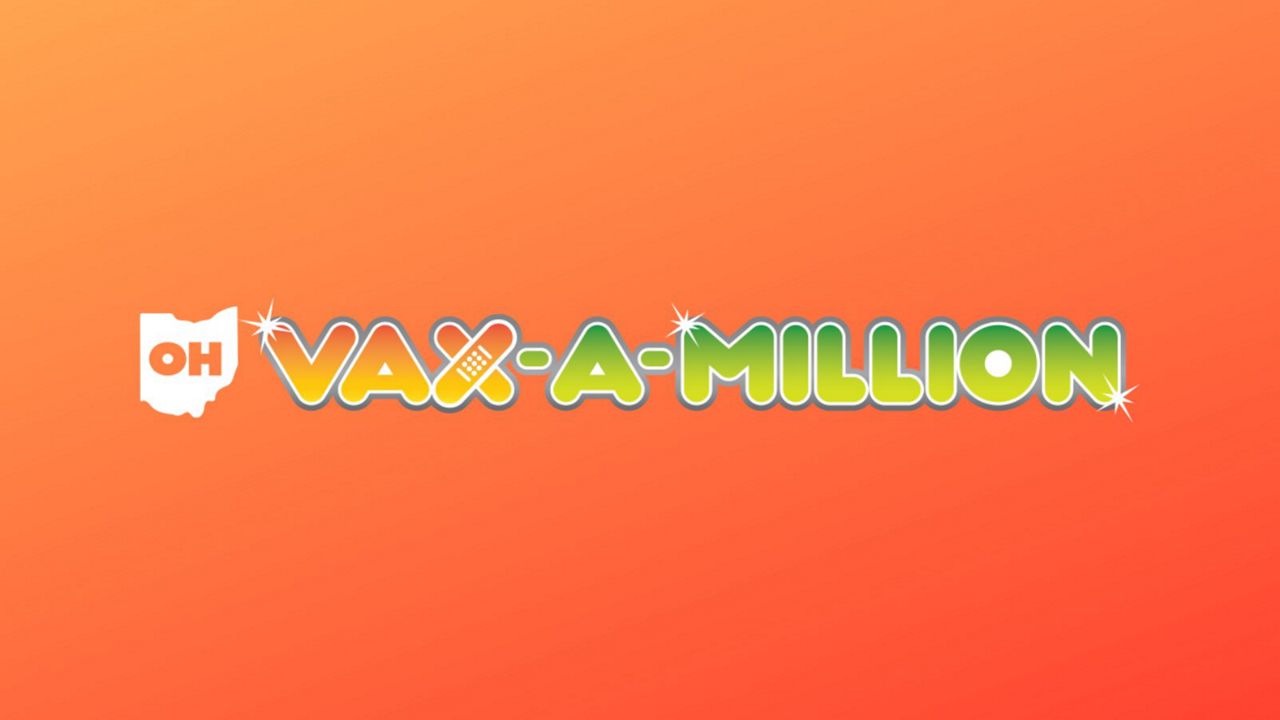 COLUMBUS, Ohio — Less than 24 hours after their lives changed forever, the first winners of the Ohio Vax-A-Million lottery drawings were front and center with Gov. Mike DeWine.

Abbey Bugenske, 22, originally from Shaker Heights near Cleveland area but who now lives near Cincinnati, and Joseph Costello, 14, from near Dayton were the two lucky winners.

🎉 Congratulations to Abbigail and Joseph! 🎉

The next #OhioVaxAMillion drawing will take place one week from today. Vaccinated Ohioans who haven't yet entered to win can sign up at https://t.co/Svppf9uA8O pic.twitter.com/HjLnszY2ls

Both admitted they are still overwhelmed by the news.

"It was a crazy night," said Bugenske.

Bugenske said she was driving from her home in Silverton to her parent's house in Shaker Heights when she got the call from DeWine telling her she had won the $1 million. Then, she told her parents.

"I was screaming enough that my parents thought that I was crying and that something was wrong,” Bugenske said. “And when I started yelling that I won a million dollars and I was going to be a millionaire, they told me to calm down and make sure it wasn't a prank before I really started freaking out.”

Bugenske, who recently graduated from Michigan State University and works as an engineer at GE Aviation, said she has no plans to stop working. She does, though have a few thoughts on how she will spend some of her money.

"I know I will be donating to some charities, but I don't really know the specifics yet,” she said. “I did come up to Cleveland from Cincinnati to look at a used car and I think buying a used car is still in my future.”

Costello was having fun at youth group on his first night of summer break Wednesday when he said his dad came and picked him up.  He did not learn he won a college scholarship until he got home. His mom, Colleen, who entered the whole family in the sweepstakes, spoke with DeWine.

Congrats, Joseph! You just won a full-ride college scholarship! If you’re between 12 and 17 years-old and had at least one dose of the vaccine, you could be next! Sign up at https://t.co/ZmJ8iKoSlV! pic.twitter.com/StHlWewhW5

"My first reaction I thought maybe was I was listening to your voice and I thought it was a taped message,” Colleen said to DeWine during the press conference. “The more we talked, the more I realized it was really you live and I was really thankful at that moment that there was a bench nearby I needed to sit down, and sort of like Abbey said, and ground myself a little.”

Once she got up, Colleen and the rest of her family got to celebrate at their home in Englewood with the governor and First Lady Fran DeWine on Wednesday night.

"It was a fun night for us. I'm sure, at least, a surprising night for you guys," said DeWine.

Joseph Costello said he is not sure where he will go to school yet, but is thinking about going to Ohio State University or Miami University.

Both winners said they were all for the COVID-19 vaccines and the Vax-A-Million program.

"I would encourage anyone to get the vaccine. If winning $1 million isn't incentive enough, I don't really know what would be," said Bugenske.

"It definitely influenced our decision to get it in the time frame that we got it," said Colleen.

The deadline for vaccinated Ohioans to enter next week's #OhioVaxAMillion drawing is Sunday night. Once you enter, your entry will be carried over through all the drawings. Visit https://t.co/Svppf9uA8O to register. pic.twitter.com/bvJ7U6Bpfn

There are four more chances to win the $1 million and college scholarships. The next drawings for both are Monday and the winners will be announced Wednesday.

Participants must be registered at ohiovaxamillion.com or call 833-4-ASK-ODH and gotten their first shot by Monday.