Crews started breaking down the display and donating materials to nonprofits as part of the NFL Green program.

CLEVELAND — It takes a lot of material to put on events like the Super Bowl, Pro Bowl and NFL Draft.

“If I had to guess how much material we had here, I would guess that you could probably stitch it together and reach the moon. Honestly, there’s so much stuff,” said Jack Groh, the director of NFL Green, the league’s environmental program.

Much of the material used to make the NFL Draft happen would end up in a landfill, if not for NFL Green. Groh spearheaded the program with his wife almost 30 years ago. 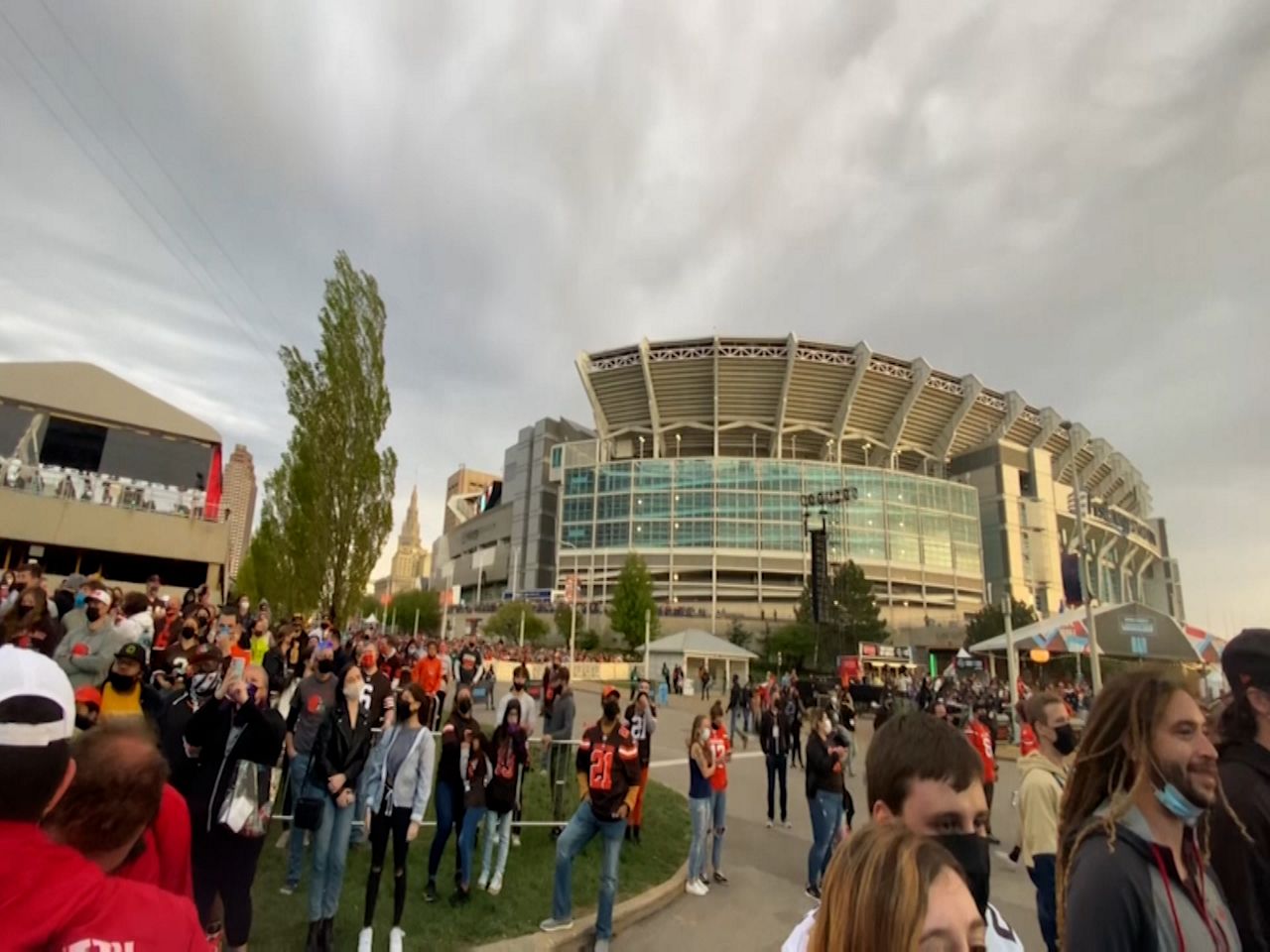 The NFL Draft was held in Cleveland this year at FirstEnergy Stadium.

“When we started the NFL Environmental Program almost 28 years ago we noticed almost right away that an awful amount of valuable materials were being thrown away as happens with all events. It took a couple years to ramp it up, to develop a material recovery program, but it’s grown year by year by year," said Groh. "What’s happened is the concept of recovering materials and donating them to local nonprofits instead of throwing them away has literally become part of the NFL culture. It’s the way we do events. We actually have two missions at NFL Green: One is how do we lighten the footprint of our events? Our major events, how do we reduce the environmental impact on the community? And second is what can we do in partnership with local organizations to create some kind of green legacy?"

While in town, the NFL Green has many initiatives in their sustainability playbook. They work to donate any leftover food and beverage from signature events like the Super Bowl, Pro Bowls and NFL Drafts to local nonprofits. They also incorporate community greening projects like planting trees, contributing to green spaces where kids can play and create community gardens, among other initiatives. One of their biggest initiatives is material recovery.

“How do we take things that would end up in a landfill and is there a better way to do that? And donating for reuse is a better way to do that. Some of the materials you see out here — there’s carpeting, there’s fabric, there’s vinyl, there’s lumbar, there’s a lot of sign material — most of these items have some kind of an additional use,” said Groh. “Some of them can be used just the way they are, other things may have to be repurposed in a new way or even remanufactured.” 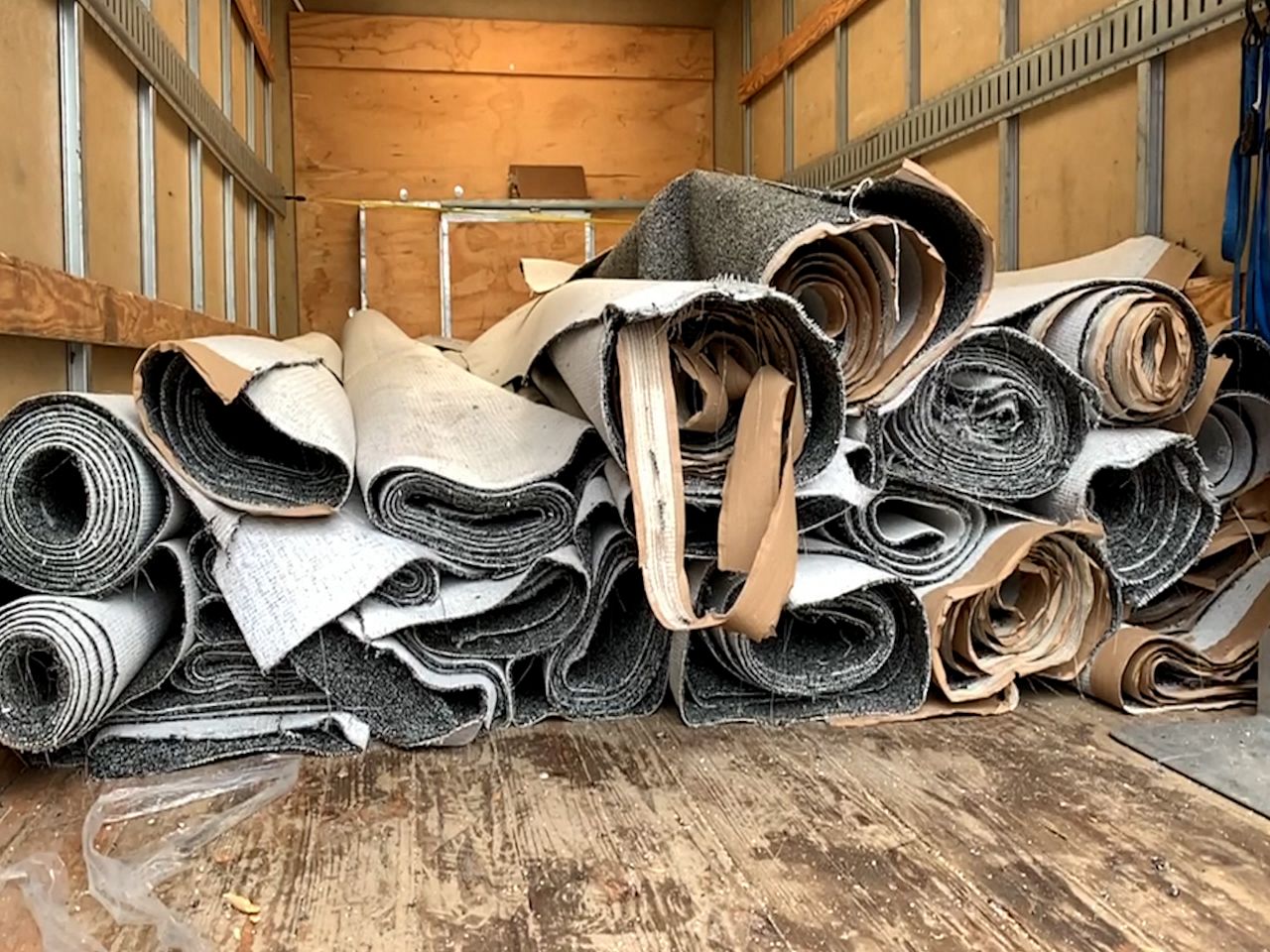 NFL Green donates the materials to local nonprofits like Greater Cleveland Habitat for Humanity, who took a lot of building materials from the 2021 NFL Draft.

“Today we’re taking all of the different building materials that were involved in the construction of the draft,” said Michael Ricci, the restore donations coordinator for Greater Cleveland Habitat for Humanity. “Right here, we’ve got lots of carpet that came out of the green room, I know we’ve got our guys taking picnic tables, a lot of banners, a lot of plywood (and) a lot of stuff that’s going to be able to be used by members of our community and really help us raise money for our homes that we’re building.”

This is material that would otherwise harm the environment by sitting in a landfill and will now be used to benefit the community instead.

“It takes a village. You know it’s not just one person; there are untold numbers of people here right now working not only to tear the stuff down, but make sure it comes out in a reusable condition. They could have just torn all this stuff up, but they rolled it up for us so it’s usable again. They’re taking the plywood out. They’re saving it. They’re keeping it out of the rain so that it’s not getting damaged. All of that effort, that’s extra stuff that they’re doing just to make sure this product’s reusable,” said Ricci.

Groh said the NFL puts on a lot of exciting events that are here today and gone tomorrow. NFL Green helps them have a more lasting impact. 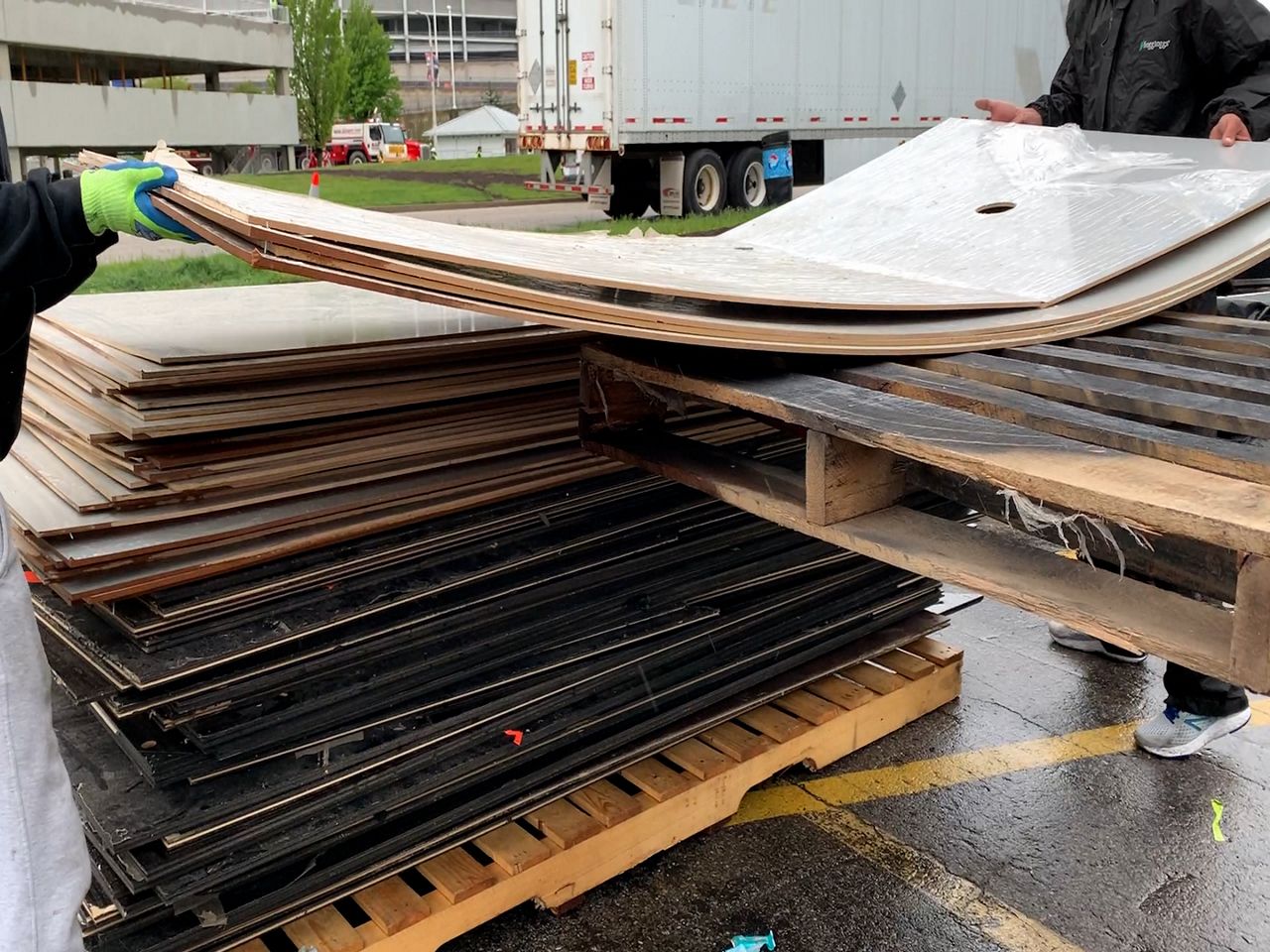 “We have tremendous events. People are very excited; they have lots of great memories and photos of all kinds of stuff and then we move on,” said Groh. “We don't want to just move on. We want to make sure that when we leave the city that there are things left behind that benefit the community and that people can actually see them and touch them and look at them and say, 'Hey this is one of the things the NFL did while they were in our community.'"

While in town, NFL Green helps set a good example for future large-scale events coming into town. While they’re in the city, they gather contact information of all the nonprofits that worked with them during their large scale events like the NFL Draft and share it with the Greater Cleveland Sports Commission for them to pass it onto other leagues like the NBA.

For more information on NFL Green you can visit their website.