“If you find something that’s an antique, then it's 100-years-old. Other than that, it would be vintage,” said Harrison. “Everything back then was a lot of quality as to today, it’s big box stores running off of factories and it’s repetitive. When you have things that are original or antique, by now it’s usually one of a kind or harder to find so not everybody is going to have it in their home,” said Harrison. 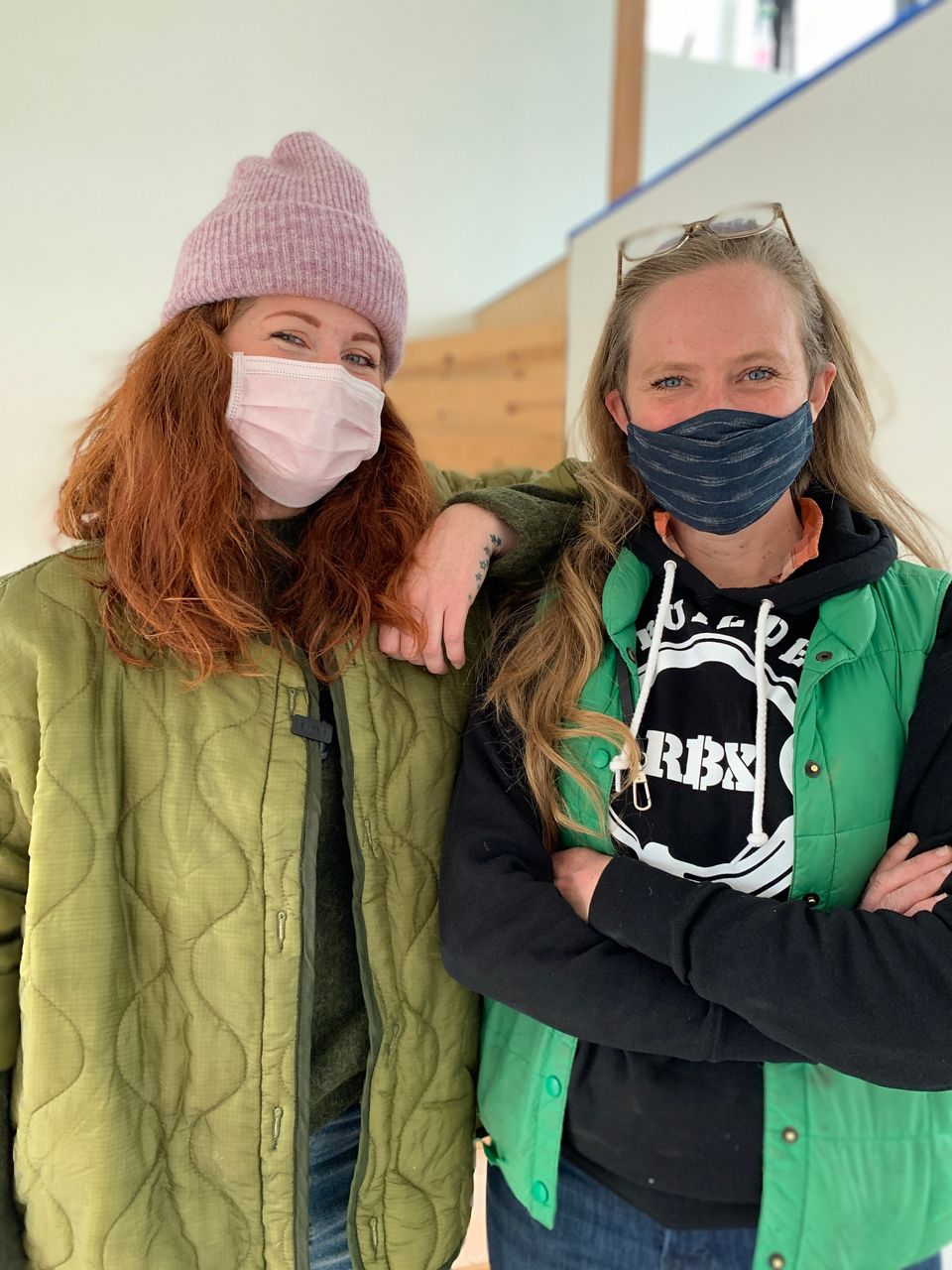 She goes to RBX often to find salvaged materials that may look ordinary to some, but to her are extraordinary.

“They have a story and that's the best part about it. The stories that come behind the pieces, whether I don't know this piece’s story, but I know for a fact that it has one and it's very cool,” said Harrison.

Harrison is the owner of Flea Market Fab. She can do all types of design: Contemporary, modern — you name it, but her favorite is an eclectic vintage mix for many reasons, one being that she’s not afraid to make a statement.

“The uniqueness, the quirkiness, you know it's cool to have weird things. It's not cool to be same,” said Harrison. “Antiques and things like that are becoming obsolete, so you can’t get it anymore so it’s more of a thrill to find it.”

Secondly, being a designer she doesn’t want to contribute to the problems that are harmful to the environment like fast fashion.

“Everybody's so worried about the next image, the next image, I gotta move this room around in order to, you know, make a new image of the space. Then all of a sudden they have this couch and like I had mentioned earlier, they want to flip it and now they want to get another sofa. But what they're not realizing is all of what it takes to get to that point, the trees, you know, like you said, the ocean, you know, so it's the water, the consumption, the chemicals that are just put out into the Earth just to get these types of things made,” said Harrison. “So why not go to Facebook marketplace or why not come to Rebuilders Xchange, or why not shop vintage, take a piece that you have or find a piece that's affordable and then redo it with new material. It's so much easier on the Earth. And it's so much more affordable in the backend.”

Being kinder to the Earth was the primary reason owner Jessica Davis founded RBX. She comes from a family of creatives who placed a focus on reuse. Her grandpa would build new things out of used materials and her parents could fix anything. At a young age, Davis learned that everything has inherent value in it.

"My mom could always make (and) turn anything into something. She could make anything special," said Davis.

Fast forward to 2017, she founded Rebuilders Xchange. In just four years, she, her team and the local contractors and individuals she works with have diverted more than 45 tons of construction and demolition materials away from landfills.

“Imagine if you bought a new spindle you're buying into the manufacturing that happened within the last six months to a year of trees being cut down in our current day, this tree was already cut down. And instead of it going into a landfill, you can reuse it. And then that's one less manufacturing of a spindle that needs to happen,” said Davis. “And when you think that we have thousands of doors, imagine if instead of buying a new door, a thousand doors were reused. So it's really easy for people to think about clothes being reused and then now we can take that same concept and reuse building materials and Rebuilders Xchange is the solution to create the marketplace for that to happen.”

Davis is a salvaging master, and she and her team are matchmakers between people and materials. 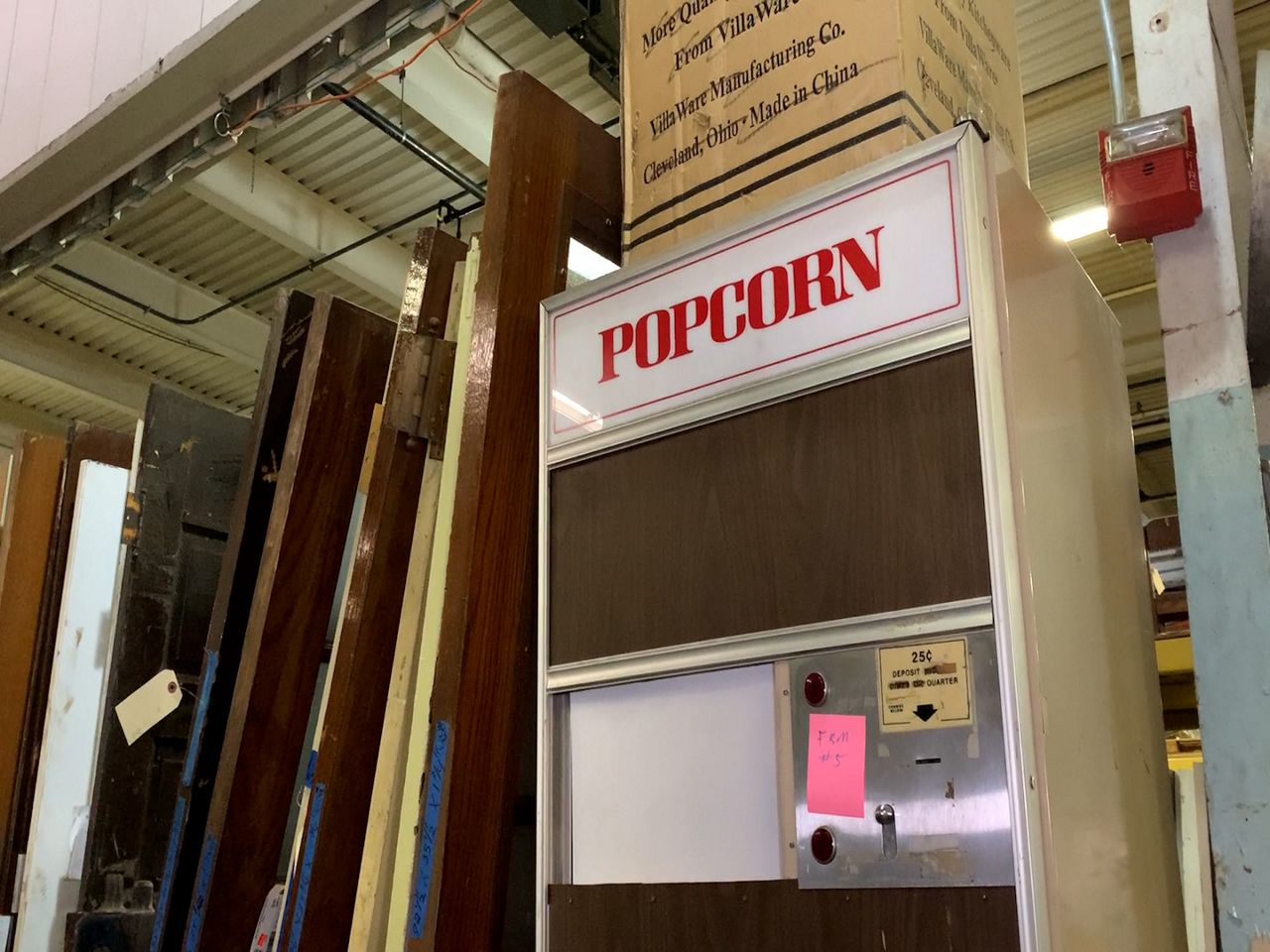 “We have lumber, windows, doors, bathrooms, toilets, some lamps, lights, light fixtures, chandeliers — you name it, we have it,” said Davis. “We have no idea what’s going to happen with material once it leaves here. And so our customers, we have thousands of creative people who are making awesome things in Cleveland.”

Davis and her customers are creating a community of reuse that not only benefits the environment, but it also benefits society.

“This whole 50,000-sq. ft. warehouse is just wealth that we're going to put back into the community because the community brought us this material. So it's just this whole cycle of beautifulness,” said Davis. “Not only does it create jobs, it diverts waste and it creates value for our customers because who knows what this is going to turn in to.”

It's a cycle of using the old to build new — turning ideas into projects, and projects into final products that surprise even the creatives themselves.

“The best part about all of it is seeing it in the end when it all comes to an end, and it's all together in the end, you're like, wow, this really happened,” said Harrison.

CORRECTION: We have updated this story to include the correct days of operation. (April 25, 2021)