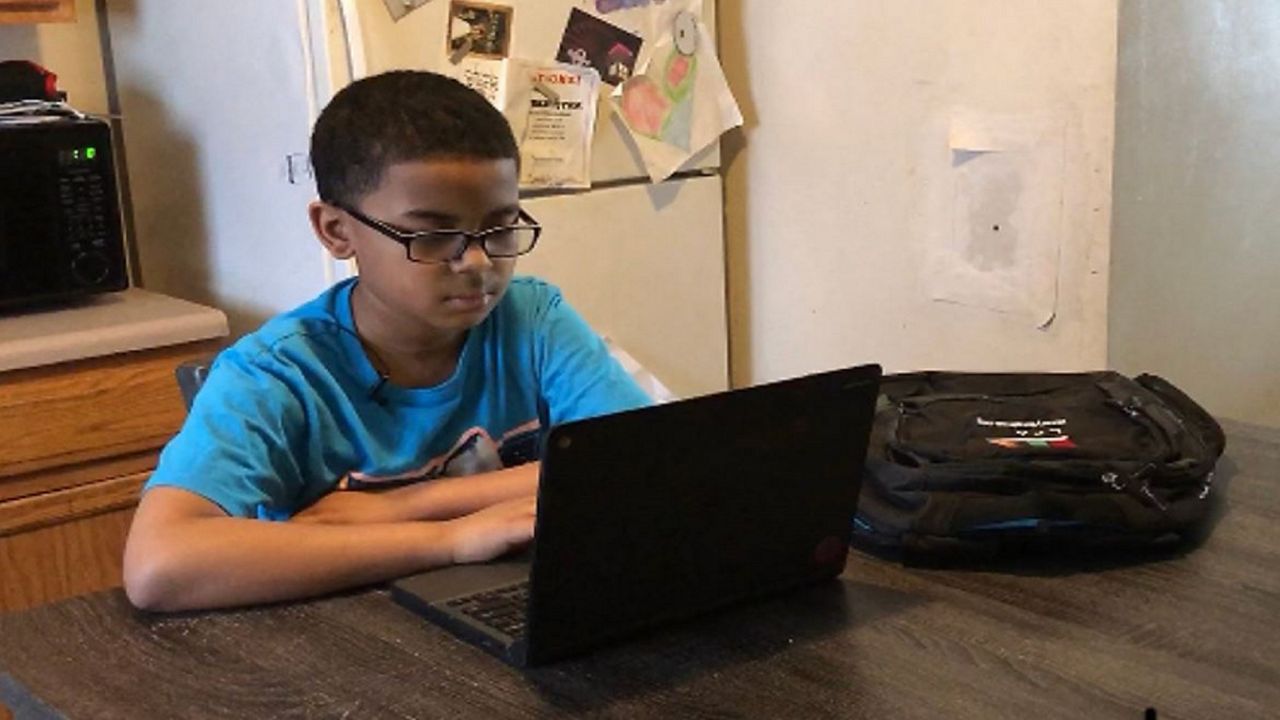 DAYTON, Ohio — Families in need, from Ohio to Africa, are getting new care packages to help kids get through school during the pandemic.

Michael Rountree’s family was one of the families being helped.

“I was one of those people who lost their job due to this,” said Rountree. “I worked at Best Buy and they let us go.”

But the father of three still had to find a way to put food on the table for his kids and provide them with the computers they needed to do virtual learning. He did what he could to make ends meet.

“I just picked up more hours from working on cars,” said Rountree.

His family also got a little help from the group Library for Liberia. The group used grant money to get the kids care packages filled with school supplies and tablets to help with their learning.

It’s the same technology and school supplies they’re using more than 5,000 miles away in Liberia, Africa.

“This school is one of the schools in the community that have a very low income,” said Achilles Gaulu, a principal and teacher.

He explained on a video chat how students are learning in the conditions in Liberia.

“This is the fourth-grade class, and the teacher is on the board teaching,” said Gaulu.

The building has dirt floors, bathrooms with no toilets, and drinking water pumped from a well.

“It breaks my heart to see them actually use that place,” said Darius Ricks, a former student at the school. “It shouldn’t be just this school, but we should reach out to schools like this because it shouldn’t be happening in 2021.”

“These children should have the opportunity to have educational success just like any other child,” said Jenkins.

Their mission from the past year of trying to build a library in Liberia hasn’t changed, except now they’re sending school supplies to help there and in Ohio.

They said they’ll continue to help families as long as there’s a need.