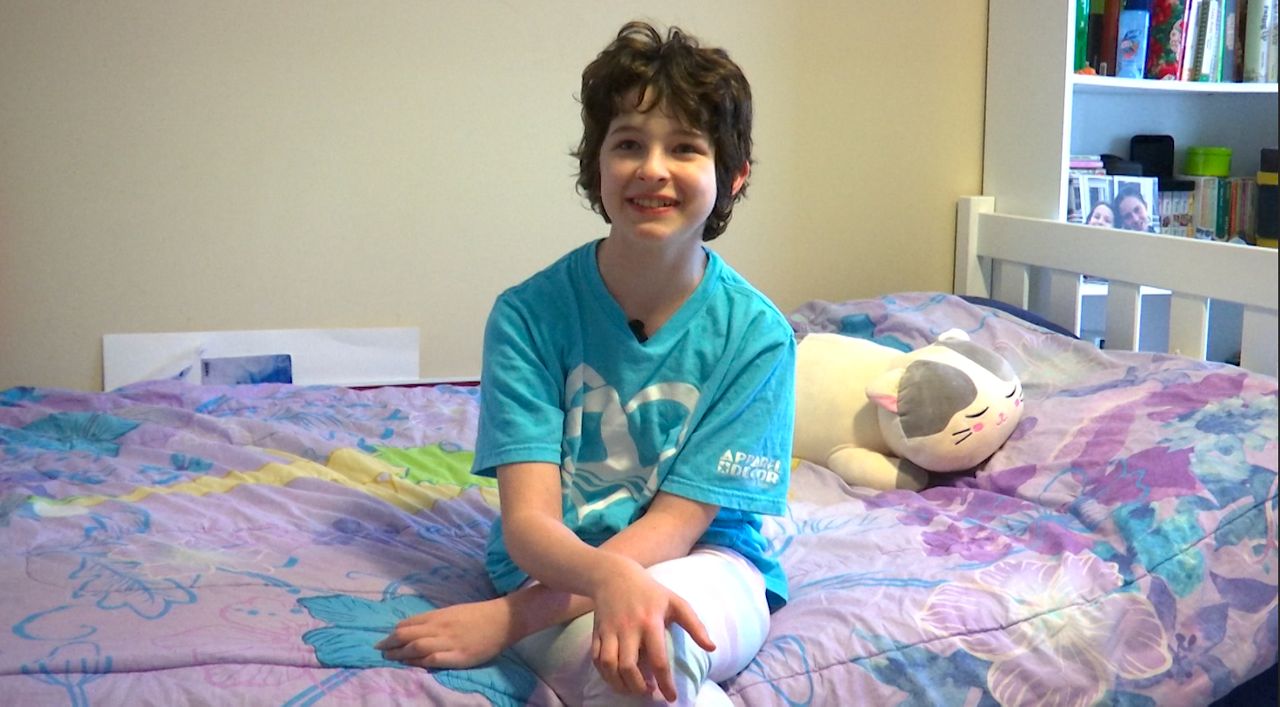 12 Year Old Recovers from Brain Bleed, Gets Back to Swimming

LEBANON, Ohio — For 12-year-old Emma Palmer, swimming has become a passion. But after suffering a critical brain injury earlier this year she’s been sidelined from the sport she loves.


​It’s been a long road for the Palmer family and their 12-year-old daughter. Emma, an avid swimmer, collapsed on the pool deck in late January.

“As she was sitting out she said that she was not feeling very good," said Jason Roberts, the director of competitive swimming at the Countryside YMCA. "And her body, she said her body was acting weird on her. At that point in time was when she started to collapse on the pool deck.”

“I laid down, and I wasn’t in control of my body anymore," Emma said. "That’s the last thing I remember.”

“I got a phone call saying you need to come to the YMCA right now," said Andy Palmer, Emma's dad. "Emma’s had an emergency.”

Emma suffered a major brain bleed, resulting in rushing her to Cincinnati Children’s Hospital and an immediate four-hour brain surgery.

What would follow would be a nightmare for any parent. Emma spent three weeks in a medically-induced coma, had five brain surgeries and spent 104 days in the hospital before finally returning to her home in Lebanon to a community welcoming her back with open arms.

“The community became our family," Andy said. "I mean, we have had a good relationship with the community before but you know when something like this happens you really understand how great the people are around here.”

Emma beat the odds to even survive this type of injury but didn’t stop there. She had to re-learn how to walk, talk, eat and many other daily tasks.

“I have to work harder to get stuff done," Emma said.

She says it hasn’t been easy, but she does have a mantra to keep her going.

And that’s exactly what she’s done during her recovery. But life wouldn’t be quite the same without being able to swim again, so she worked hard to get back in the pool

“Emma is what you call a water bug," Roberts said. "She loves to be around the water and I think it was a goal of hers right away, is that she wanted to be able to get back in the water.”

And just a few weeks ago, Emma surprised her team by swimming a lap to start out a meet.

“It was very emotional," Roberts said. "To see a young girl have something that she loves and adores, not be able to do that. And to be able to watch her from the time that she was in the hospital in an induced coma for so long, to be able to literally slide in that water and swim down the pool, it was just amazing to see.”

“I went to the pool, and the water shocked me so much so I went fast," Emma said.

Emma still has a long road ahead of her and several goals she still wants to reach, like re-learning to play the violin and being able to swim with both arms. But right now, she’s just staying positive and working hard one day at a time.

“It’s amazing to see how good of an example she is to all of us," Andy said. "When things aren’t going well it’s okay to be sad for a little bit, but then you just keep working at it.”