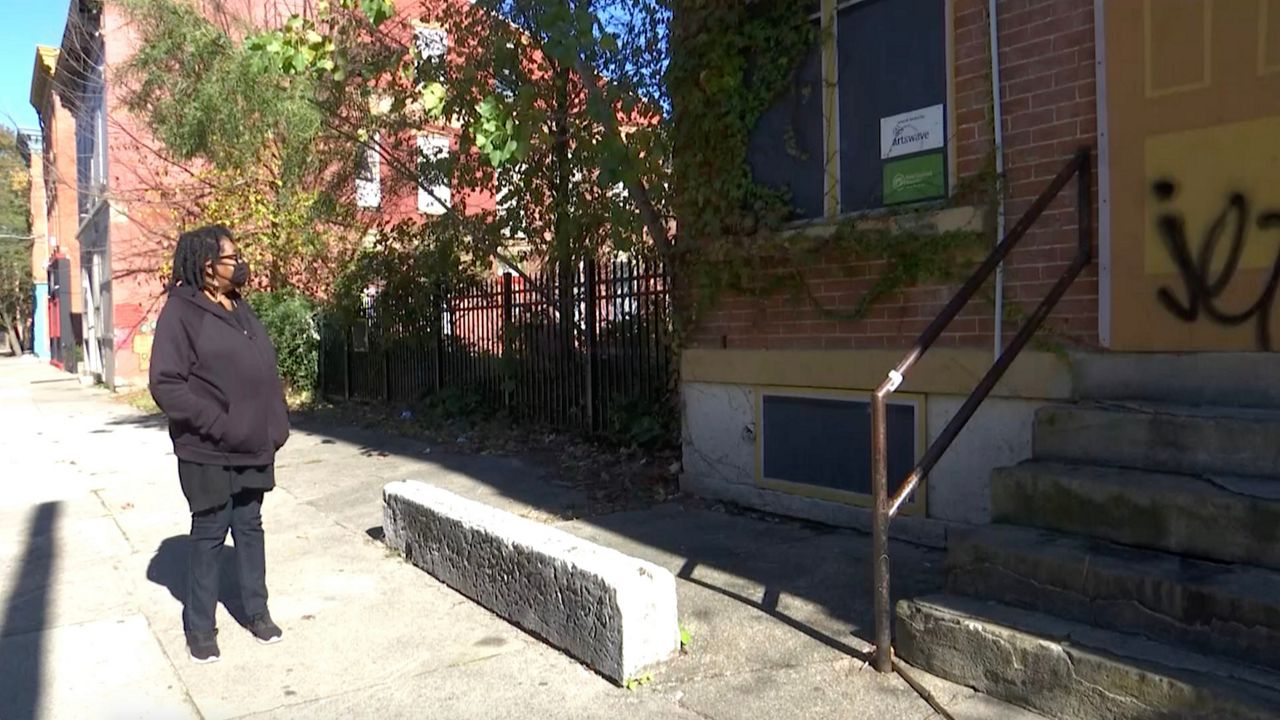 CINCINNATI — Until the winter cold sets in, Cynthia Ford is spending as much time as she can in her garden and in her Lower Price Hill neighborhood.

“It just really feels like a neighborhood,” she said. “A place that we can call home.”

Ford has called it home for the past four years, eventually becoming the Lower Price Hill Community Council president, though she said 10 years ago, she never would have considered living there.

“Never,” she said. “Never. Never did. But it has certainly become that and it’s predominantly the people here.”

Beyond her garden gate, Ford said she found a diverse neighborhood filled with more beauty and history than she believes most people in Cincinnati give it credit for. She said she had to learn it from her neighbors and groups that care like Community Matters, a neighborhood-based nonprofit focused on growing and improving the neighborhood without pushing out its residents.

One of the group’s largest projects focuses on housing. According to Mary Delaney, the executive director of Community Matters, most of the people living in Lower Price Hill are housing burdened, which means they pay more than half their monthly income in rent.

She said this prevents people from having any wiggle room in their budget to invest in their community.

“We have families who’ve been living here working and investing, spending their lives in this community and we know that we have all these great assets in terms of people but we’re missing the opportunity for folks to live here in good housing,” she said.

Community Matters proposes making that housing out of the historic buildings that already dot the neighborhood, sitting unoccupied for years.

"These buildings are historic and really beautiful, they just need some tender love and care,” Ford said.

Most of the neighborhood’s housing stock dates back to the 1850s. It’s similar in style to the buildings in other early Cincinnati neighborhoods like Over-the-Rhine and West End.

Community Matters hopes its project, Lower Price Hill Thrives, can keep that history alive while setting the foundation for the neighborhood to grow and prosper.

The $12 million project aims to convert 10 vacant properties into 47 affordable housing units, building up the neighborhood without changing its identity.

Ford is a strong supporter of it.

“Just to have something that you can look at and point to and feel that you were a part of that being here and a part of that coming up from what it was I think that’ll be very good for the neighborhood,” she said.

In October, the project scored the final $1 million in funding in city grant money paving the way for the project to break ground in the spring.

Ford lives across the street from three of the buildings scheduled for renovations. She expects the neighborhood will feel the change even before new tenants move in.

She said this part of Cincinnati rarely sees this kind of investment in its neighborhood and while Lower Price Hill already has a lot of pride, Ford said any project that makes the neighborhood a more beautiful place will only inspire more.

“They’ve got some good people working on them, so I know they’re going to be awesome,” Ford said.