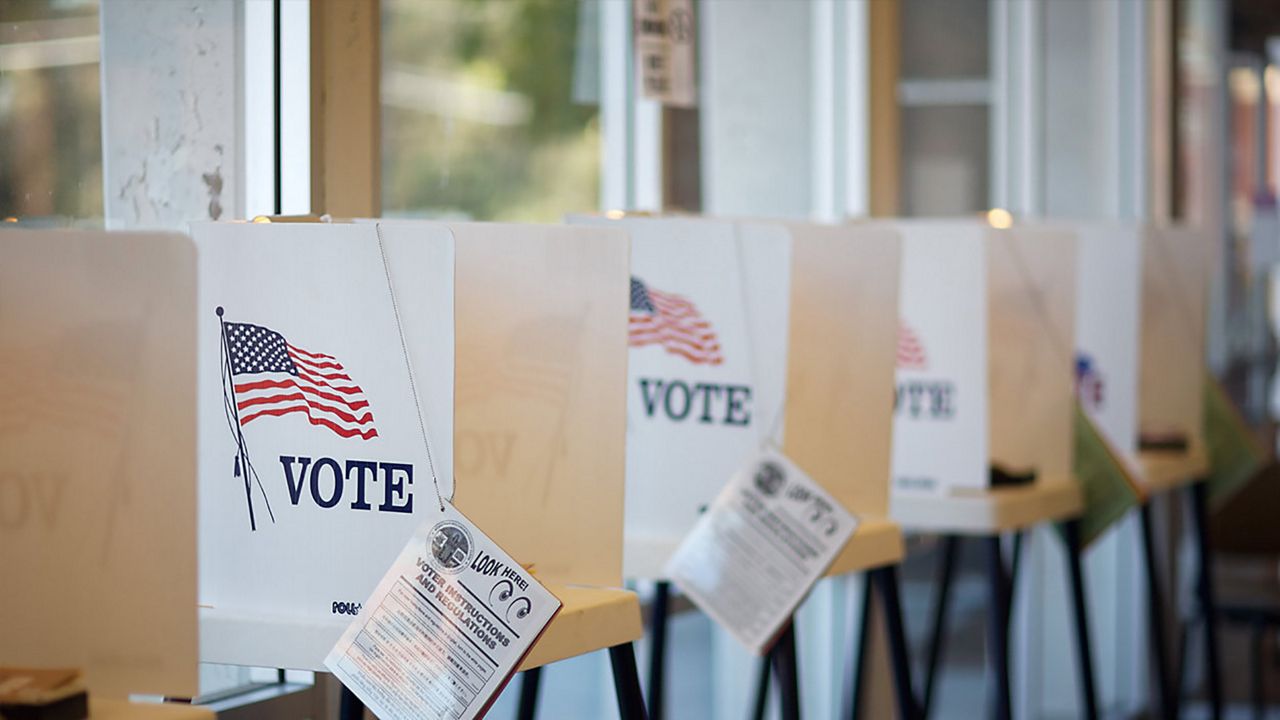 OHIO — Election day is just over a month away.

The latest findings of the third Great Lakes Poll conducted by Baldwin Wallace University have been released.

The latest Great Lakes Poll findings released this week reaffirm it will be a tight presidential race in Ohio and Pennsylvania and show Democratic candidate Joe Biden is leading in Michigan and Wisconsin.

"Clearlyc, this is very competitive in Ohio—a state that President Trump won by eight points four years ago and President Obama won twice before that in '12 and '08," said Dr. Thomas Sutton, the director of the Baldwin Wallace Community Research Institute.

Sutton directs the Community Research Institute at Baldwin Wallace University, which is conducting the Great Lakes Polls ahead of the 2020 election.

Since January, three of four planned political surveys have been conducted in four Great Lakes states: Ohio, Michigan, Pennsylvania and Wisconsin in order to gauge voter sentiment on key election issues. All four are key swing states in the election that Trump won in 2016 and Obama won in 2012.

The third online poll was taken between Sept. 8 and Sept. 22. The data was collected from roughly 1,000 self-identified registered voters in each state.

Respondents answered the question, "If the 2020 presidential election were held today, for whom would you vote?"

Nearly 45 percent of Ohioans said Biden and 44.3 percent said Trump which supports the claim that it will be a toss up in the buckeye state.

In Ohio, the margin of error for this poll is about 3 percent.

FiveThirtyEight currently reports Trump is leading in Ohio by just over 1 percent.

The Great Lakes survey found that more than 43 percent of Ohio women plan to vote for Trump in the other states, that number is lower, all under 40 percent.

"Ohio is showing a bit of a difference from the other three states in that it's a little more conservative. A little more pro-president Trump, but not so much that it means that this isn't a competitive state," said Sutton.

The 31 questions ranged in topics from general opinions on both Trump and Biden to overall trust in the voting process and the media. It even asked if voters support recent racial and social movements.

"A bit surprised to see that there's majority support for both Black Lives Matter and only about a third of voters who said that the protests and demonstrations that came out of that had an affect on who they decided to vote for," said Sutton.

How people feel about the way the president and their state's governor has handled the COVID-19 crisis were also asked about.

Since the March survey, Gov. Mike DeWine's approval rating has dropped, although more than 40 percent said they think DeWine is doing a "much better job" than Trump when it comes to pandemic response.

“People's perceptions about whose doing a better job at handling the COVID crisis, governors or the president affect their vote and I think another piece that's not in the survey but I think will have an affect is to what degree people were personally affected and how does that swing their vote," said Sutton.

"People have chosen their sides and people really do want to vote. The confidence is very high in wanting to vote. There's also high confidence their vote will be counted, but I think still these results are about as reliable as one can get," said Sutton.

The fourth and final survey is set to be conducted in October and Dr. Sutton says the plan right now is for these polls to happen once again during the 2024 election.