Just a Dad From Akron Aims to Make Community Better

AKRON, Ohio — Kenny Lambert’s story is one that anyone facing addiction likely hopes to someday be able to tell.

Two years ago, Lambert, a new father, was homeless, and saddled with addiction.

“It took me to a dark place,” he said. “I burned all the bridges with my family, friends.”

Today, he owns a growing apparel business, Just a Dad from Akron. He also does whatever he can to help troubled youth while giving back to the Greater Akron community.

When Lambert decided to turn his life around, he got treatment, went to meetings, and started volunteering with First Glance, a Kenmore youth center helping young people facing all kinds of challenges.

“I tell them my story to, like, inspire them, to let them know they don’t have to do the same stuff I did growing up and where it will lead them if so,” he said. “No matter where you’re at in life, you can turn your life around and be the change Akron needs.” 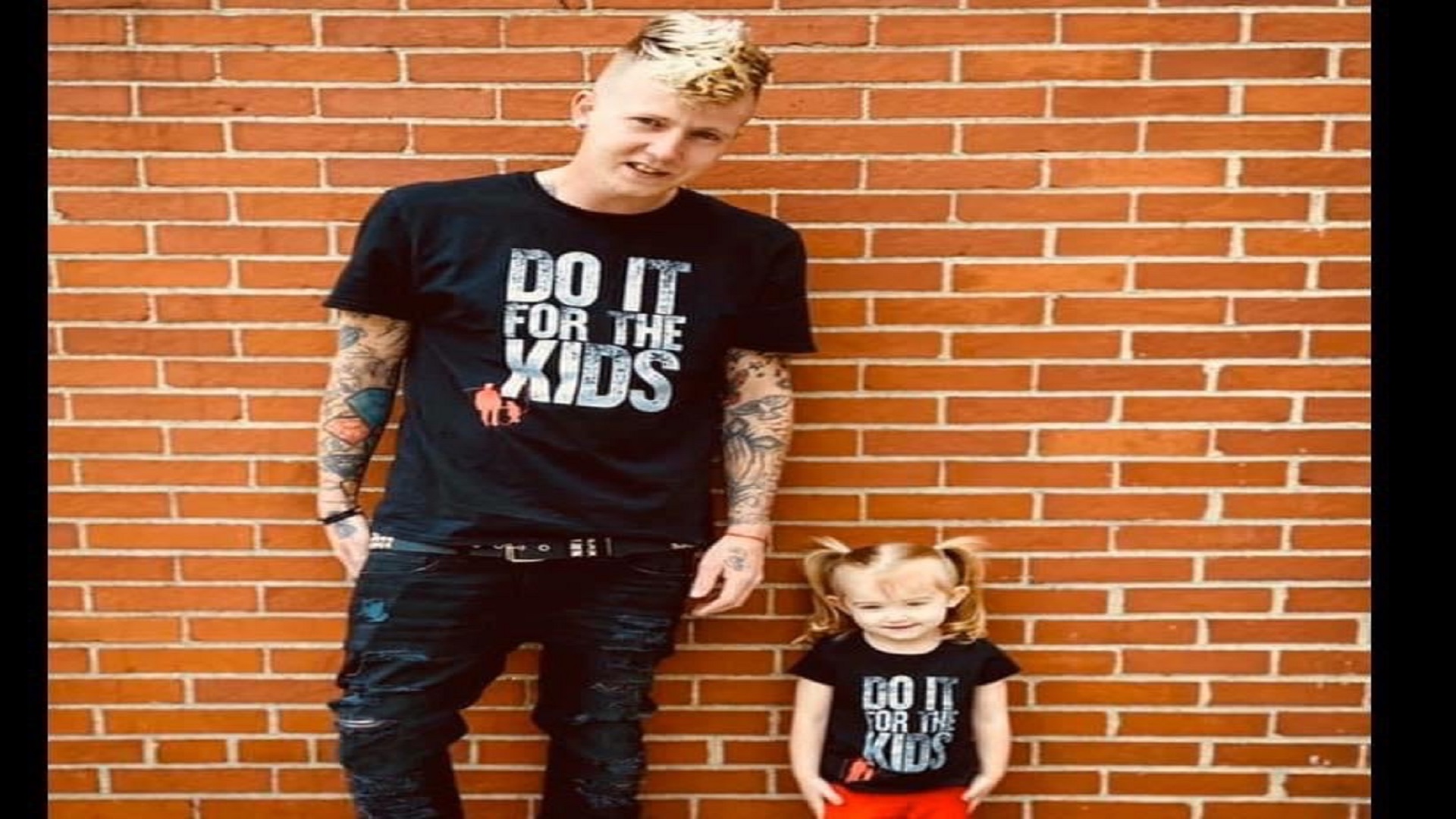 But he also wanted to sell clothing, so he launched a business by saving money from his construction job.

Now, with his business open for six months, Lambert uses a percentage of his profits to inspire dads and moms through the positive messaging on his clothing and through community events that generate positive energy.

Among those events includes “Feed the City” on Sept. 15 on Kenmore Boulevard.

During the event, Just a Dad from Akron and Cleveland-based Betty’s Bomb Ass Burges and Catering will give away 500 meals from noon to 3 p.m.

“A lot of people see what I’m doing and they want to reach out,” he said.

Lambert also reaches out to groups doing good work that he sees on social media.

Just a Dad from Akron recently partnered with a company called 4 Bros and a Sis Lemonade to run a back-to-school event complete with 200 backpacks full of school supplies.

The four brothers: Troy, Brandon, Jordan and Chase, are all younger than 18, and their big sister, Armanie, is 22. Working with their mom, Brenda Knowles-Swain, the kids grew a summertime activity into a business. The young company is now looking for a brick and mortar location in their Ellet neighborhood, so they can expand the menu.

Last week, Lambert and his friend, Erica Rose of Black Amethyst Tattoo, offered $50 tattoos. The event was so popular Lambert said he plans to buy a car with the money raised to give to a single parent.

The 30-year-old still works his day job and runs his business at night. His clothing bears the name of his company as well as slogans like “Do it for the kids,” and “Be the change Akron needs.” He offers men’s, women’s, and kids’ clothing.

To make up for lost time with his now almost three-year old daughter, Amelia, Lambert takes her along when he delivers orders. And Lambert hand delivers every local order from his website.

“It makes the people super psyched because they’ve been following my story and the company, and they get super excited to meet me and my daughter,” he said.

Lambert has sold about 3,000 pieces of clothing since his company launched.

But busy as he is, he continues to reach out to support young people in Kenmore’s First Glance programs, many of whom he said he’s bonded with.

“That’s the company’s goal,” he said. “Do events all over Akron but start by making a huge impact in Kenmore and then spreading it out.”