The House Bar in Columbus, Ohio

A Columbus Public Health spokerson said inspectors issue warning letters for repeat violations, such as employees not wearing masks, failure to social distance, premature reopenings and allowance of self-service food and beverages. More than 95 percent of businesses licensed by Columbus Public Health have been found in compliance with the stay safe order or made the needed corrections upon a second visit.

“When our inspectors go out on compliance investigations, they work with businesses on education first to help get the business into compliance and to protect the health and safety of employees and patrons,” the spokesperson said.

City Attorney Zach Klein said his office is still looking over evidence and information related to the six cases and has not yet made any determinations regarding criminal action.

The letters state that “recklessly violating” the Ohio Department of Health Stay Safe Ohio Order is a second-degree misdemeanor and both employees and businesses owners could be subject to potential criminal prosecution. The letters also state the city could pursue civil administrative action against businesses that violate the order.

Frustrated businesses owners said they felt they had been treated unfairly by the health department. Some said they had been retaliated against by disgruntled customers who complained to Columbus Public Health. Others said they were warned for violating unclear rules or were found to be in violation for what they perceived as minor infractions.

At least 82 businesses in total have received warning letters from health officials and eight received second warnings. The two cases that were not referred to prosecutors were pet grooming business, Jen’s Nose to Tail Pet Grooming, and a pre-employment drug testing facility, ARCpoint Labs.

Officials determined the pet grooming store had opened when the state was still mandating that those stores be closed. The order, however, was lifted two days after the health department’s investigation, so the case was not referred to prosecutors.

A number of pet businesses have run into trouble with health officials for premature reopenings, including four PetSmarts, a boarding facility and two grooming businesses.

The drug testing facility, which had issues with employees not wearing masks in early June at a time when face coverings were widely available, quickly came into compliance after the investigation, a Columbus Public Health spokesperson said.

Diane Ballantine, the vice president of ARCpoint Labs, said that after her run-in with the health department and all the challenges of COVID-19, she thinks about just shutting her business down for good.

She said her line of work is challenging because people who fail drug tests often lash out at her company, and she suspects that is why the health department got a complaint about her employees not wearing masks, which she said was due to a shipment from the state not arriving in time.

"It's been stressful but things have calmed down," she said. “We hope to not see them in here again.”​

A family-owned bicycle shop was hit with a letter for employees not wearing masks one morning just after opening for the day, the owner said.

Michael Payne, who runs Beechwold Bicycles with his two sons, said his boys had just finished sanitizing the store and were washing up when the inspector arrived.

They had just opened and already had reached their three-person customer limit in the store. At first they tried to tell the inspector he had to wait outside for someone to leave. Payne said he entered anyway.

“I think he was dead set on coming in and saying, ‘Well, we got a complaint, and now I see only one person is wearing a mask,’” Payne said. “We just got caught on a bad day, I guess”

Payne said his sons were in a work area of the shop and were going to pick up their masks off of the workbench to put on before interacting with customers.

He said it was a huge sigh of relief when the health department came back and found his business to be in compliance.

Tim Neal, the owner of The House Bar, said he ran into trouble for letting four people drink a couple free beers after helping him clean during the state mandated closure of bars. Neal said he had been wiping picture frames and getting the bar tidied up with his crew of cleaners since 2 p.m on April 15. At around 7:30 p.m., a health department employee and an officer showed up. The inspector said he had heard the bar was selling, which Neal denied.

“We had a ladder out, buckets on tables, rags hanging around. These people volunteered to help me out, and I just thought, well, I’ll give them a couple beers a piece and we’ll get out of here," Neal said.

Neal said he was asked to sign a piece of paper that docked him for a “mass gathering” and failure to keep “six-feet apart.” He was outraged.

Then the health department came back after he had been allowed to reopen to the public and dinged him again. He was told he couldn’t have games running on his pool table, and he needed to be regularly sanitizing the jukebox, Neal said.

Neal said he was not aware that his case had been referred to Columbus prosecutors.

Chris Corso owns Standard Hall, a popular Short North restaurant and bar with a patio that had been warned twice for social distancing on May 14 and May 15. He said if prosecutors use common sense, they will see that his business was trying to do everything right, and they won’t move forward with a criminal case.

“We just didn't have a lot of support from the health department or the city early on to try to figure out how do you really do social distancing? And how do you control lines?” he said.

Standard was first warned for people moving around from table to table. He was warned the second night for failing to crowd-control the line to get in. Since then, the health department has been back often, but he said they have not had further issues.

“I don't know if they feel bad because of all the support I had of people saying, ‘Why aren't you working with this guy, he’s clearly trying to work with you? But since then they've been great. They've been helpful," Corso said.

He said he has provided video footage from the bar to prosecutors for review.

“If you're not even trying to follow the rules, then you need to go get prosecuted,” he said. “But I would think common sense humanity would say that we were doing 90 percent of the things that were asked of us.” 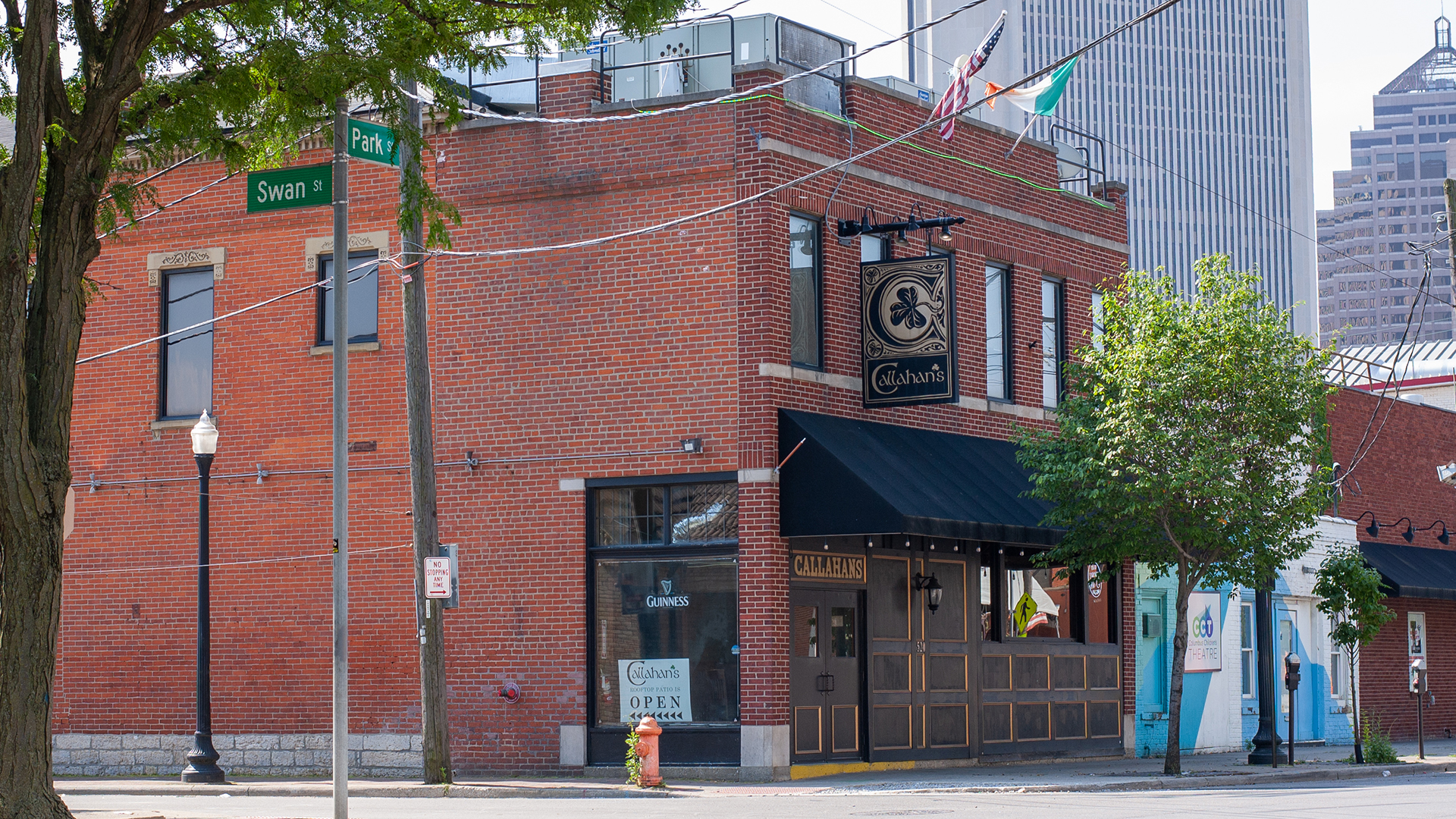 Callahan's Bar and Restaurant received a warning on June 20 for social distancing.

Supreme Buffet Hibachi got a warning letter for unlawfully reopening its self-service buffet, and Whistle and Keg got warned for reopening self-serve drinks.

Everything from thrift stores to trucking companies to construction businesses to used car dealerships have received warning letters from Columbus Public Health.

A personal fitness studio owner said he had a similar experience as The House Bar owner when he tried to make the most of the shutdown period and get some maintenance done on his studio.

On April 21, Lejuan Coleman said the health department stopped by his studio, Resolve Fitness. Only one person was there—a worker who had been doing maintenance on treadmills and painting the studio. The man had taken a break and was pumping some weights in the gym—not a full workout, but casual lifting, Coleman said. That’s when the health department arrived and handed over a warning letter for Resolve allegedly operating as a non-essential business during the mandated closure.

“The door was locked, and you could see paint buckets everywhere. I mean, it was obvious,” Coleman said. “Wasn't nothing arranged like it’s supposed to be. Machines were pulled away from the wall so he could paint behind them, tool boxes were sitting on the treadmill.”

A nonprofit bingo hall that had a rocky reopening journey got the same warning for operating a non-essential business. Owners of niche businesses like bingo halls have complained about imprecise guidance from officials on reopening dates.

Owner of B33 Bingo Hall, Christine Sisko, decided she would take a chance. On May 12, she reopened her “instant store,” which sells tear-off tickets, which are sort of like scratch-off lottery tickets. Players can win $5, $10 or even $1,000 prizes.

Three days later, the health department arrived and issued her a warning letter. Officials told Sisko that her customers could purchase the tickets but they could not redeem them inside. For a couple weeks, Sisko continued to operate the instant store with customers playing the tickets in the cars. 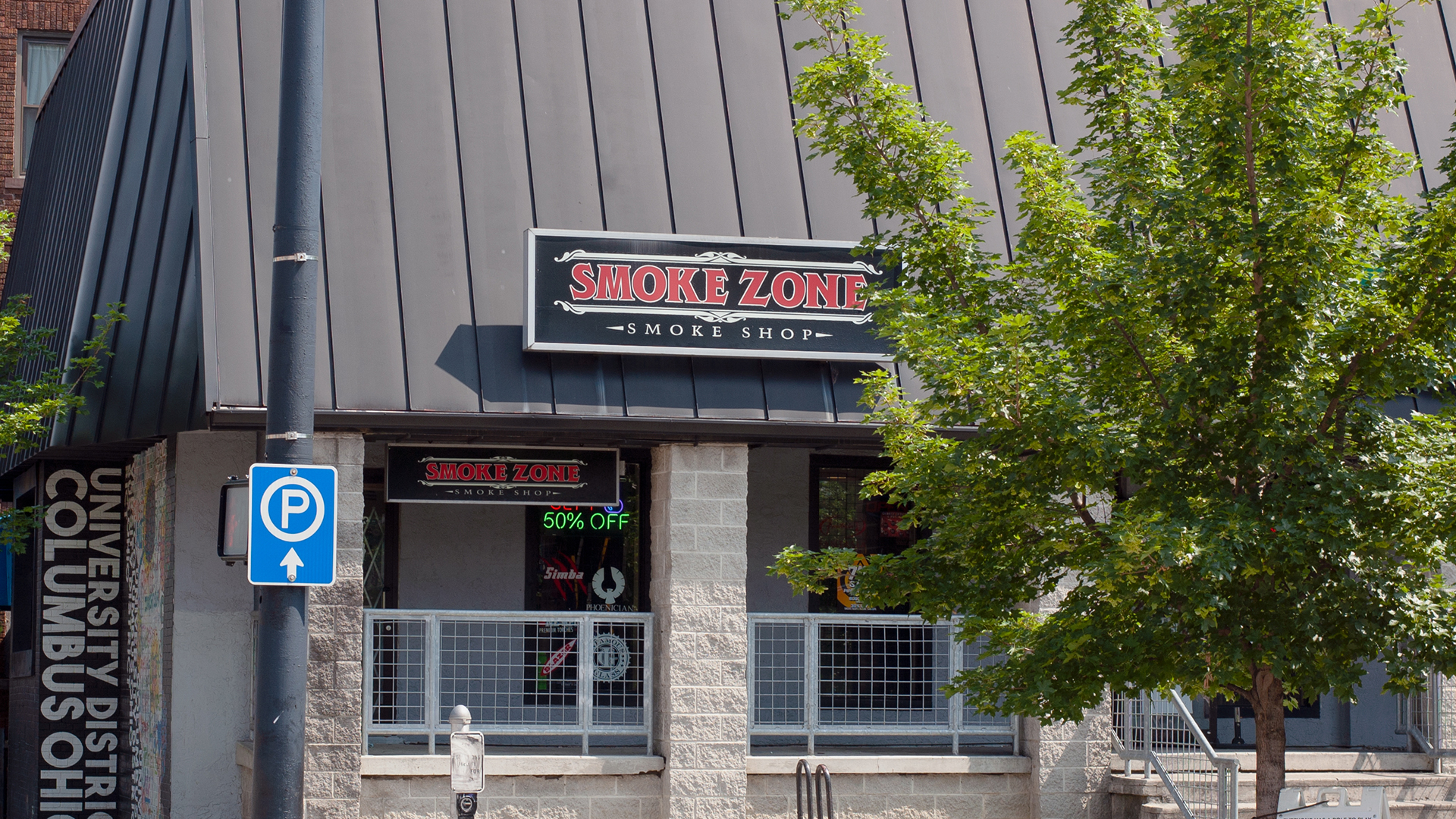 Prosecutors are reviewing a case regarding Smoke Zone smoke shop, which was warned twice for operating as a non-essential business in April.

After a while, Sisko complained to the health department that it was unfair internet cafes and bars could be open but she could not sell tear-off tickets to even 10 people at a time in her 300-person capacity bingo hall. The health department said there was a workaround: Sisko could allow people to play the instant store tickets inside the hall as long as they also bought food.

So B33 Bingo Hall fired up its small kitchen.

Finally, customers could once again sit inside the hall and try to strike it rich by tearing off tickets, so long as they forked over a few dollars for a hot dog first.

On June 11, she resumed hosting bingo games after further statewide restrictions were lifted. So far, she has not had any more issues with the health department.

“I was very frustrated because there was nobody advocating for nonprofit bingo halls. We were never really put on their radar,” she said. “All the other bingo operators were waiting to see what happened to me before they opened, so I was kind of like the leader of the pack.”