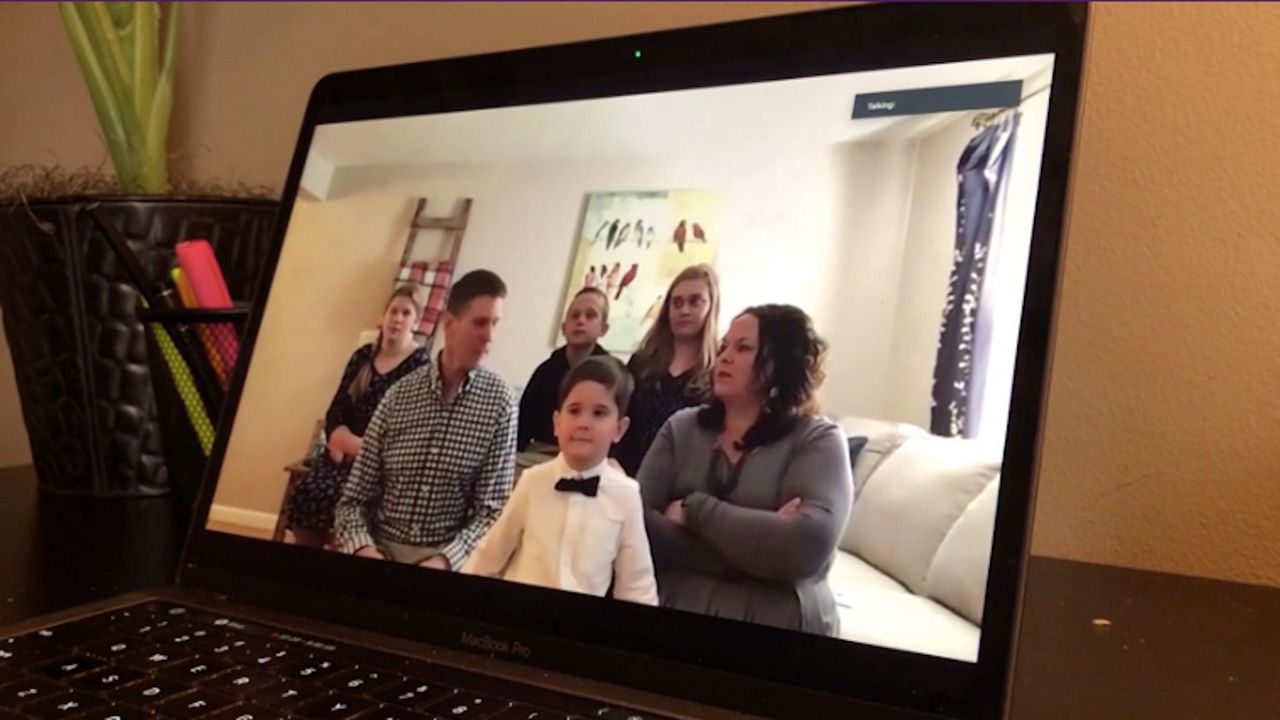 Online Adoptions May Be Here to Stay

CINCINNATI, Ohio — Four-year-old Thomas might be too young to know it yet, but he just made history. He’s one of the first group of kids in Hamilton County to officially be adopted on a secured site online.

“Woo-hoo!” his family yells out in excitement during the latest adoption hearing.

Parents Scott and Sherri Springer first brought little Thomas into their family of five as a foster child.

“Sherri told me one morning, wanna look at having another kid, and I looked at her like, ah, that’s gonna be difficult given the situation we were in, so we prayed about it and God laid it on our heart to adopt,” said Scott Springer.

They’d been Thomas’ foster parents for the last three years after his biological parents fell on hard times.

But the paperwork’s done and now Thomas is officially a Springer, complete with a whole crowd of extended relatives who logged on to witness it.

Judge Ralph Winkler, the judge finalizing the adoptions, says this is something they’ll likely keep doing even after the government opens back up.

“We’ll give people the choice if they wanna completely Skype, I’ll still allow that, I think I’ll even allow it in the future, I mean why not use the technology,” said Judge Winkler.

It’s technology that he says might just help make a dent in the backlog of cases piling up.

“It put us through, four months behind, so we’re trying to get the word out with families if they wanna advance it,” said Winkler.

According to Hamilton County Job and Family services, there are about 400 kids in this county alone waiting to be adopted— waiting to finally make their family complete.