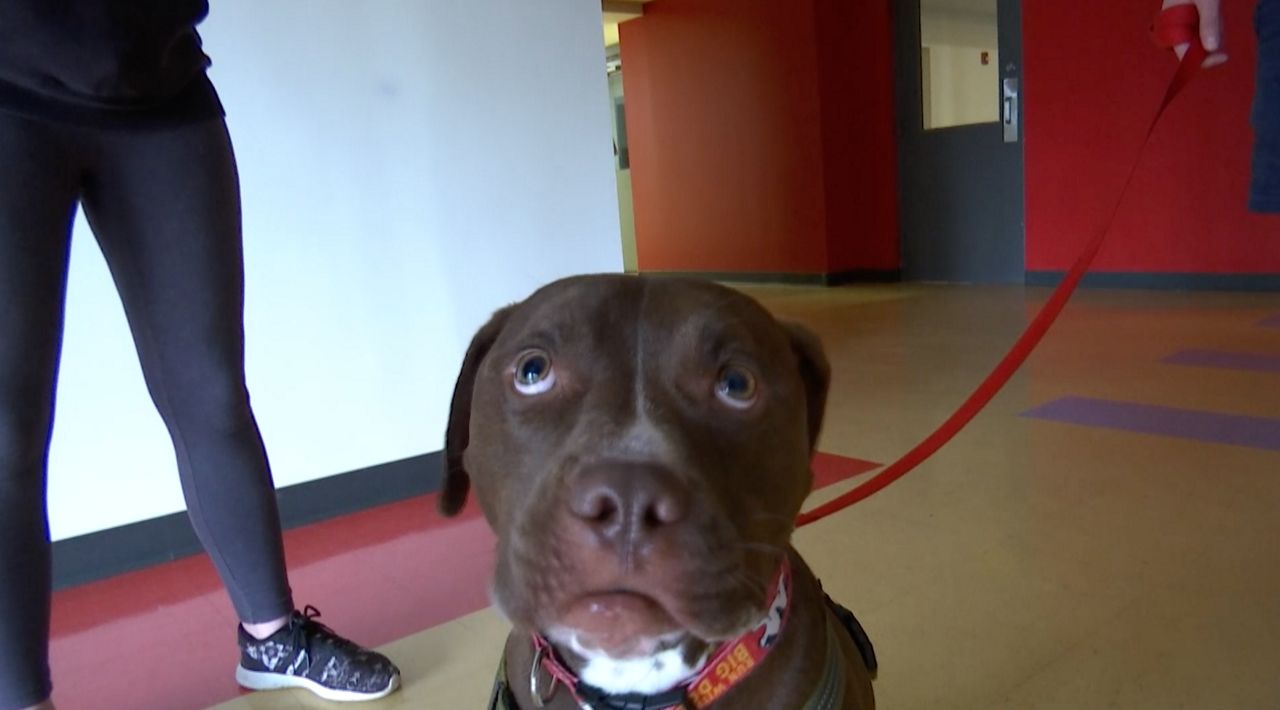 CINCINNATI, Ohio— Many animal shelters and rescues across the country have seen their kennels cleared during this pandemic- one of the positives of our current situation. With more people working from home, more families are looking to foster or adopt.

The SPCA of Cincinnati has seen an overwhelming response from people wanting to foster while they’re working from home. They say it has taken over 150 animals out of the shelter.

Empty kennels line the SPCA of Cincinnati where typically hundreds of dogs and cats reside. That’s thanks to dozens of foster families opening their homes.

“What a great way to basically do a test drive, see how a dog or cat will do in their house and how the family will interact," Mike Retzlaff, the SPCA of Cincinnati VP of Operations said.

Brad Pearson is one of those taking in a foster animal. He says he travels most weeks for work, but when the pandemic hit, he knew he needed something else to help fill his time.

“I didn’t know what I was going to do with myself," Pearson said. "I was like wow, I’m about to get really bored, I live in an apartment alone. I called the SPCA and said do you have any dogs available that I could take on during this time?”

Brad started fostering Mortey in early March. He says he’s been able to teach him new tricks and it’s given Mortey some much needed time away from the shelter.

“This is the perfect time," he said. "You have time to train. You have time to spend with the dog to get him more comfortable rather than fostering a do and then going to work and having it in a crate all day.”

But the SPCA is anticipating needing more help in the coming weeks as kitten season goes into full swing. Last year the shelter took in over 2400 kittens.

“We’re going to be looking for more fosters on the cat side of the business," Retzlaff said. "We’ll be getting box loads of kittens down the road.”

The SPCA says while they’re not taking adoptions right now, they’re hopeful that many of the animals will eventually be adopted by their foster family, known as a foster failure.

“We’re hoping that 170 fosters that we have right now, that they all fail," Retzlaff said.

The SCPA says they are overwhelmed by the number of people willing to step up to foster and support the shelter through such uncertain times.

“I can’t tell you Cincinnati area how thankful we are for you," Retzlaff said. "You’re so generous. Have been for years, but especially now when we need it.”

There are plenty of other ways to support your local shelter if you’re not comfortable fostering. You can always make a monetary donation or donate items through the SPCA's Amazon Wish List.