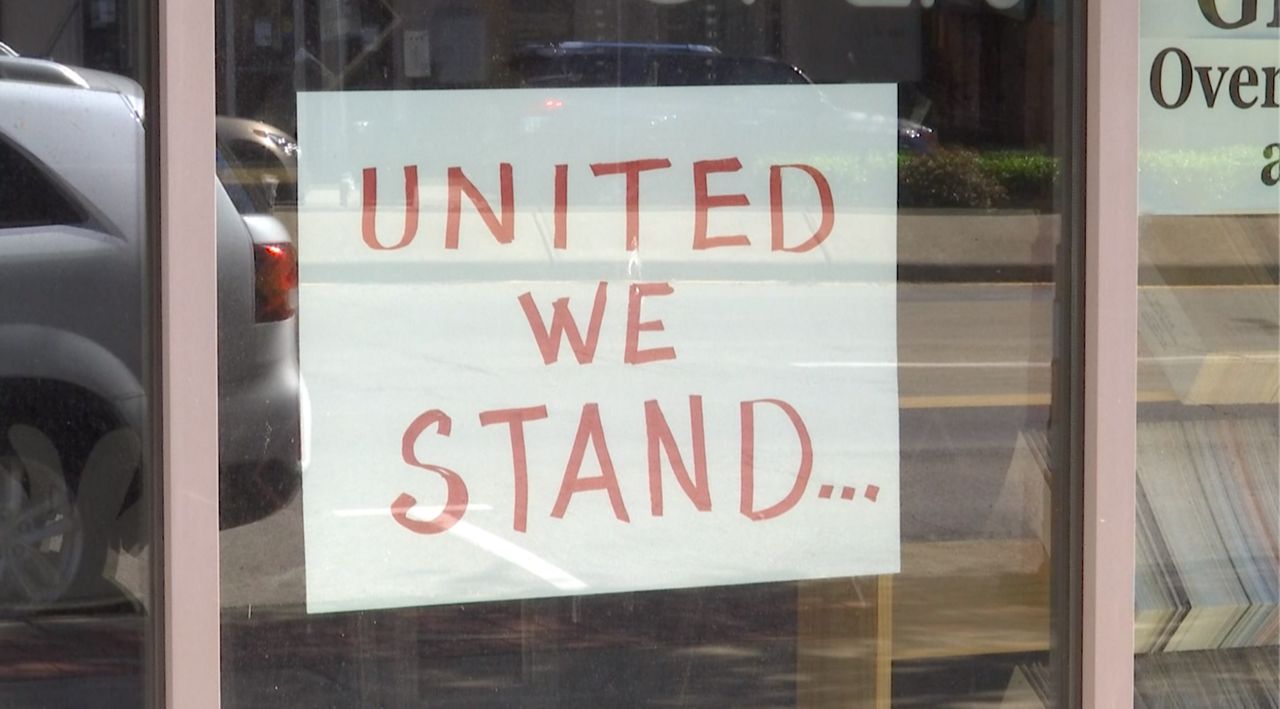 CINCINNATI, Ohio— Many smaller cities have had to think outside the box to make sure the small businesses that keep their cities vibrant can continue to stay open.

In Hamilton the chamber of commerce and the city have had to be creative in order to help the small businesses thrive and stay here in the downtown area. They were able to figure out a plan to get money to them now and continue to help them down the line.

Hamilton, Ohio just outside of Cincinnati is known for its vibrant downtown. But now, many of those businesses have closed signs and messages of hope to the community in the windows.

“It’s critical that these businesses survive because that really is downtown Hamilton," Dan Bates the President and CEO of the Greater Hamilton Chamber of Commerce said. "It’s what makes us desirable and unique and an exciting place to spend time.”

Bates says the city manager reached out with a creative idea to make sure these small business can stay open. The Restaurant and Retail Stimulus Package, totaling $300,000, gives money upfront to about 65 qualifying small businesses.

“Let’s give them the money up front and then they pay us back as the gift certificates are sold," Bates said.

That money is paid back through gift cards purchases. Then that money will go into a small business relief fund to be used in the future.

Sherry Howskins is the owner of Petals and Wicks- a candle bar store in Hamilton. She says the support from the community has been incredible.

“It’s really the people locally that want to continue to support us," Howskins said. "So they’re going to our website and buying so they can support us.”

But the stimulus package from the city has made a huge impact. Especially with how quickly the businesses were able to get the money.

“From the time that the idea was vetted until the time businesses could actually come pick up their checks was one week," Bates said.

“We applied, within a few days we were told we were accepted and within literally I think it was the next day the money was funded," Howskins said. "I was like really?!”

Howskins says she is incredibly grateful for the work the city of Hamilton and the chamber have done to support her and all other small businesses in the area.

“Thank you for caring," she said. "Thank you for supporting small business. You don’t talk it, you prove it and you show it. And I just say thank you for doing that.”

She says its actions like these that make her thankful that her small business is here in Hamilton.

“Nowhere else but Hamilton!” she said.

Bates says he’s been getting multiple calls a day from other communities around the state asking how they can implement this program in their communities. He said that he’s happy to be as transparent as possible to try to get these communities through the pandemic.