WASHINGTON, D.C. — It was February 1999 and Ohio Republican Steve Chabot sternly delivered a speech on the Senate floor.

“It would be wrong for you to send the message to every American that it’s acceptable to lie under oath and obstruct justice,” he said.

Chabot, only a few years into his time as a congressman for Ohio’s 1st Congressional District, was serving as one of 13 House Impeachment Managers who unsuccessfully led the charge to remove President Bill Clinton from office. 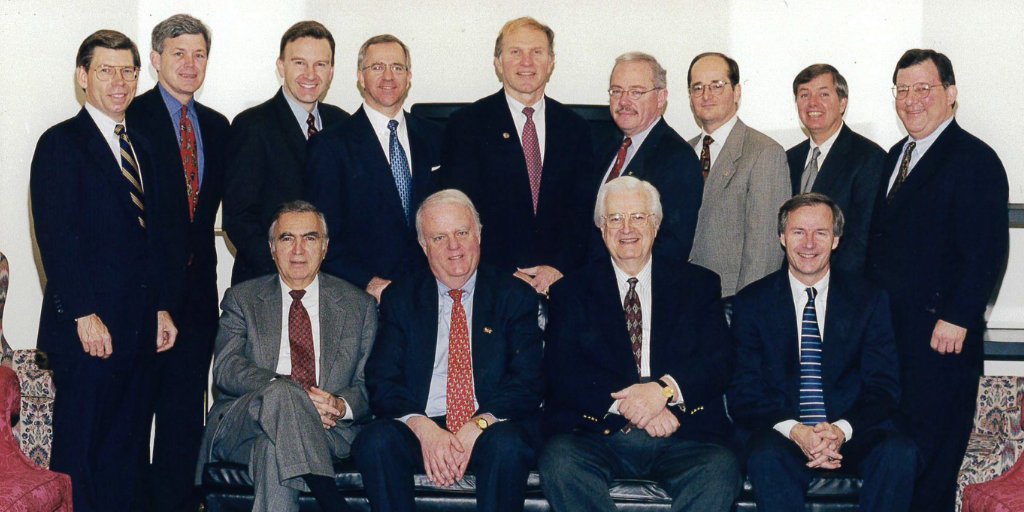 Of the 13, only he and Wisconsin Republican Jim Sensenbrenner are still in the U.S. House of Representatives today — and both still sit on the House Judiciary Committee, which is drafting articles of impeachment against President Donald Trump.

South Carolina Republican Lindsey Graham, who was also a manager in 1999, now serves in the Senate and leads the Senate Judiciary Committee.

All three men voted to impeach Clinton. But now, they are defending Trump.

“I think Nixon, who was a Republican, and Clinton, who was a Democrat, I think both of them deserved to be impeached,” Chabot said in an interview this past Thursday. “The president’s not perfect, but I don’t think anything that he’s done rises to high crimes and misdemeanors, so I think the bar is being lowered.”

Chabot spoke with Spectrum Washington reporter Taylor Popielarz in his Capitol Hill office on Thursday, one day after the first impeachment hearing held before the House Judiciary Committee.

In that hearing, Chabot called the process a charade and said Democrats have already made up their minds because “that’s what their hardcore, Trump-hating base wants.”

A photo of the 13 Clinton Impeachment Managers hangs on the wall of Chabot’s office, as does a photo and Cincinnati Magazine article from December 1998, when Chabot shared a lighter moment with California Democrat Maxine Waters in the midst of the Clinton impeachment hearings.

But today, Chabot said there are fewer moments of laughter and more polarization.

He and Sensenbrenner wrote an op-ed in The Wall Street Journal in November where they singled out House Intelligence Chairman Adam Schiff, a California Democrat, for letting “his blind hatred of the president poison his conduct and destroy his credibility.”

Popielarz: “You really think this is about a blind hatred?”

Chabot: “Again, those words — and yes they’re in Mr. Sensenbrenner and my words — they may be a little strong, and I can’t look into his heart, but I do think that a lot of his colleagues — there is a hatred for this president and a lot of the base who they’re listening too right now…whether it’s his blind hatred or the blind hatred that’s — he’s the vessel of that hatred.”

Beyond defending Trump, Chabot said Democrats are running the impeachment process unfairly compared to how he did for Clinton.

Popielarz: “Can you put it in laymen’s terms for — we did this for Clinton and they’re not doing this for Trump?”

This is partially correct.

Republicans and Democrats technically had to agree on witnesses in Clinton’s impeachment, but if they disagreed, the committee could vote on a final say and the party in power, which was Republicans, got their way.

Chabot said he is also frustrated that the president’s attorneys were not allowed to take part in the House Intelligence Committee’s private or public hearings.

But they could have been at Wednesday’s Judiciary hearing — and chose not to. And the White House has, so far, prevented certain senior officials, and Trump himself, from testifying.

Popielarz: “Are you frustrated that President Trump hasn’t testified to make his case this time around?”

Chabot: “No, I think he’s talked in the public forum, at this point. And I don’t think there’s really sufficient evidence that the president would need to be put under oath and testify at this point.”

Later on in the interview:

Popielarz: “Going back to the broader issue of whether or not it’s permissible that a U.S. president goes to a foreign leader and asks them to investigate a political opponent, is that OK for future presidents to do?”

Chabot: “I wouldn’t advise it, but I don’t think it’s impeachable.”

At the height of Clinton’s trial in 1999, Chabot said it was his “belief that if the actions of the president are ultimately disregarded or minimized, we will be sending a sorry message to the American people that the president of the United States is above the law.”

Popielarz: “If there’s a time where someone in your family sits there and says why did you take the stand that you did at this point, what will you tell them?”

Chabot: “I’d explain it to them pretty much the way I have you, today. You look at the facts, you look at the responsibility that you have as a member of Congress, and then you do what you think is the right thing.”

He will take part in another House Judiciary impeachment hearing on Monday.