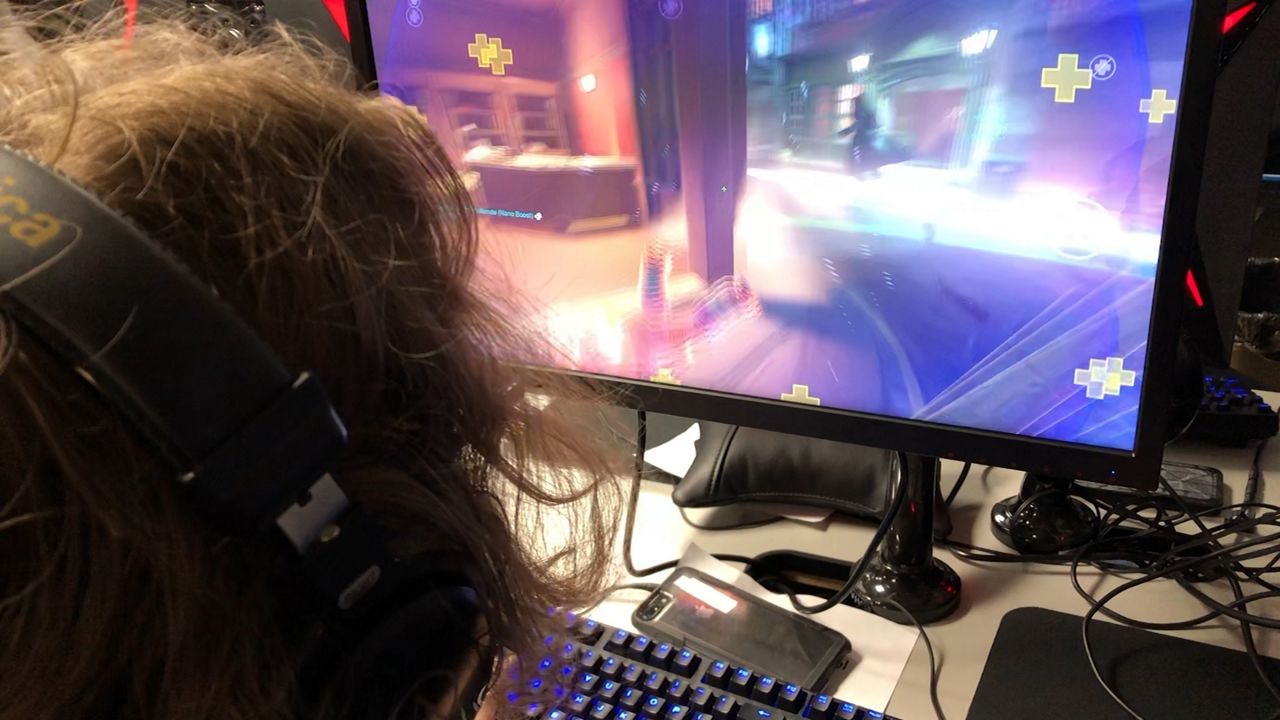 AKRON, Ohio– There are over 70 high school esports teams in the state of Ohio. Esports or video gaming is becoming so popular these days that one high school is in the process of creating a practice lab with plans to develop an esports pathway for students soon.

Without ever looking down, 17-year-old Ennin Geib strikes keys with intensity as he plays the video game Overwatch at the University of Akron's esports center. The Firestone High School senior plays on one of eight esports teams hosted by the National Inventors Hall of Fame Stem High School. Zipping through different passages, Geib practices every week with his team, building his gaming skills for competitions against other high school teams in the state. While some are playing for fun, Geib is interested in playing on the college level, but he knows the stakes are high. He says, "​It's really high-level competition at the college level. So, at this point, it's just kind of seeing how I progress right now."

As students click away to win a game, they know the competition is fierce. It's so intense that the University of Akron hosts tryouts for their esports team and gives partial academic scholarships up to $11,000. As Coach Jeffrey Caranna watches and offers tips, the former semi-professional gamer says he's hoping more of his students will land scholarships as two from last year already have. But even if they don't, he wants to help kids like Geib, whose in his second year of playing, not only build playing skills but teamwork and communication skills, too. So far, it seems to be working as Geib says, "I've definitely become a lot more mature, a lot more of a leader. I definitely, gained a lot of friends."

The high school program serves as a pipeline for the University of Akron's esports team and is sparking interest in career paths related to gaming like computer engineering and graphic design. Now, coaches are looking to jumpstart a career path for the high schoolers as soon as the building process for a new esports lab is complete on their campus. Until then, Geib and his teammates rush through mazes at break-neck speed offloading firepower for a win and higher rankings.

The stem high school's esports lab should be completed in January and ready when students come back from break. Since the teams have been playing, they've won the Eastern Conference championship in their league. Coaches now hope their teams will qualify for the Esports Ohio Championships next spring, where teams from across the state will compete.