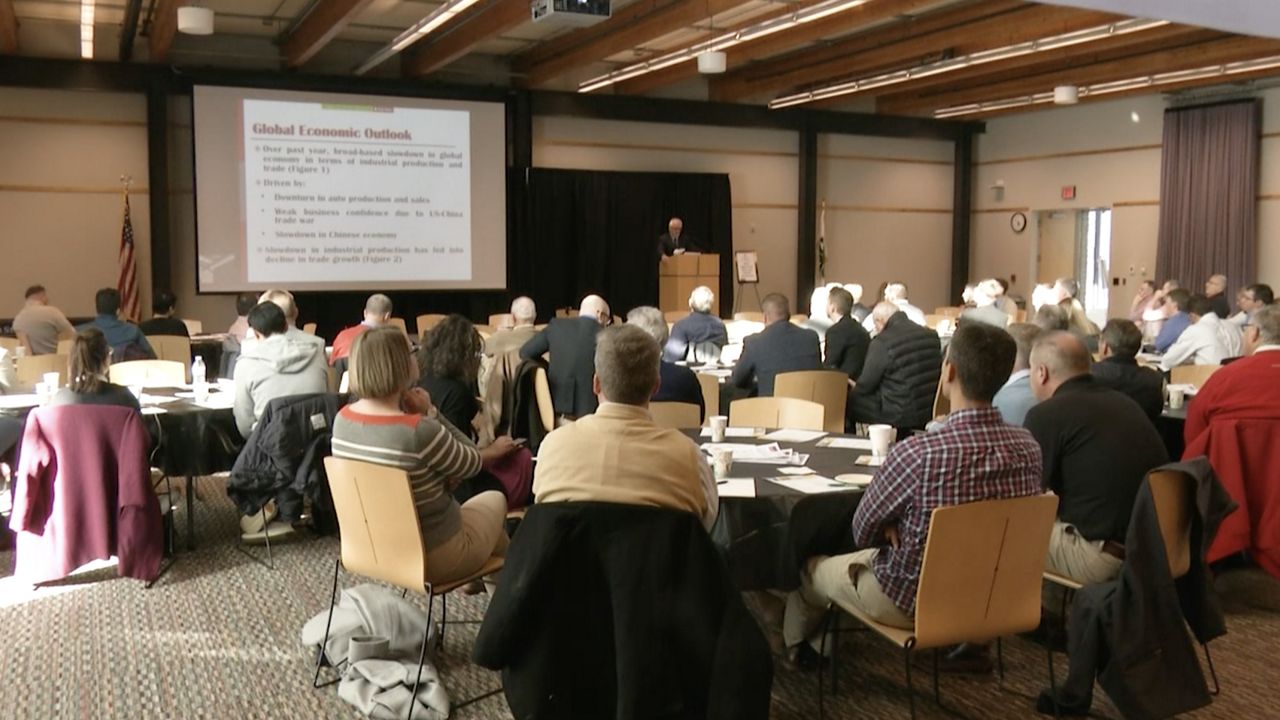 COLUMBUS, Ohio– “Farmers have got caught in the crossfire of a bigger issue, which is Chinese behavior on things like intellectual property and subsidies and they’re paying a big price I think for the US trying to resolve issues with China, when I think we should have done it multi-laterally, and I still think and believe we should,” says Ohio State Professor Dr. Ian Sheldon.

Dr. Sheldon is the Andersons Chair of Agricultural Marketing, Trade, and Policy and one of the presenters in Tuesday’s annual Agricultural Policy and Outlook Conference.

He says after President Trump implemented a 25% tariff on $250 billion worth of Chinese goods, China responded with tariffs of their own on many American agricultural goods, including soybeans.

Just last month, the International Monetary Fund said if the trade war continues, it will cost the global economy $700-billion by the end of next year.

And Sheldon says it’s farmers who continue to suffer the consequences.

Ronald Ratliff is a 4th generation farmer in Ross and Fayette Counties and grows corn and soybeans.

He says a $16 billion dollar federal aid package has kept many farmers afloat this year, but he does have concerns about what the next year holds.

“The aid package that Trump has provided for the farmers will be a big help in keeping the rent’s paid and the wolf away from the door there. Our incoming stream comes in, seems to stay level to lower, but yet our expenses keep climbing. So at some point in time, there’s got to be give in there,” says Ratliff.

Despite the uncertainty, Ratliff says land value per acre continues to grow in our country, and that’s a good sign.

And feeding the world is an enormous task, but he’s optimistic his son and grandson have a bright future ahead in the family business.

“Land values are going to continue to grow in this country here. One hundred years from now, if you can tell me what land’s going to be worth, it would be a nice thing to know. But from my perspective, I think it is a good, safe sound investment, and if you can make a good living off of it, there’s not a better way of life,” says Ratliff.

As for the future, Sheldon says it’s still filled with uncertainty.

He doesn’t anticipate the administration getting past phase one of the trade deal with China.

And he suggests the US should be negotiating trade with other global powers at the World Trade Organization.

“The US should join in with the other big players, the EU and maybe Japan and some others in a big dispute at the WTO. Because I don’t think China would take on three major economies,” says Dr. Sheldon.