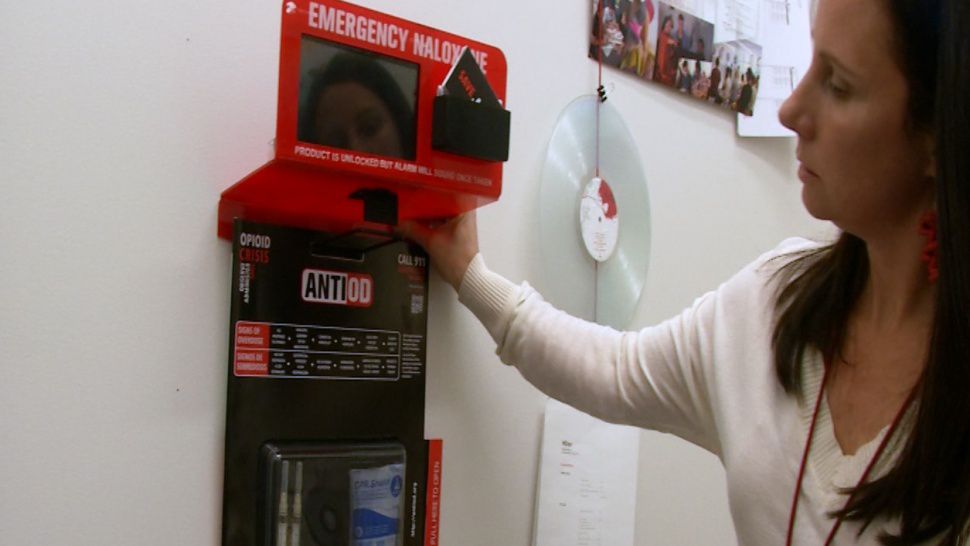 CINCINNATI, Ohio – A group of students at the University of Cincinnati are finalizing a project that could become the latest in the fight against the opioid crisis.

Claudia Rebola, Ph.D., Associate Professor of Industrial Design at the University of Cincinnati, is leading the project after she did something similar in Rhode Island.

Rebola and her three students have developed a box called Anti OD. A prototype box contains two syringes, two vials of Naloxone, and a CPR mask.

Naloxone is a life-saving medication that can rapidly reverse opioid overdose. It's widely available across the U.S. but must be accounted for when used.

The three international students were not aware of the U.S. opioid epidemic until they began researching the project.

“The new version is proposing a single-use packaging that has all the components to bring it to the scene and make it more useable,” said Dr. Rebola from her office at UC's DAAP building.

Rebola said the box that will likely be made available to the public will contain the nasal version of Naloxone. It will still include a CPR mask but also gloves.

Because Naloxone has to be tracked, the team wants to place boxes at libraries, convenient stores and grocery stores where the boxes can be monitored.

The wall mount that will hold the box contains a LCD display, and once triggered, will loop information about overdose and how to use the box to potentially save someone's life.

“I think the most rewarding thing is that it is something that might actually make a big impact,” said Ramirez, a graduate student at UC. “The opioid crisis is a very big issue here in the country. So, every kind of thing that contributes to it.. it's a big reward. Even a life. One, two lives it makes a big impact on the crisis.”

Initial funding for the project has been provided by the university. But Rebola says some companies and non-profits in southwest Ohio are interested in future funding if the initial rollout is successful.

Each box costs about $12 to produce but the cost could be lowered with the purchase of greater quantities of Naloxone.

The group hopes to distribute 100 boxes at 36 downtown Cincinnati locations by spring.