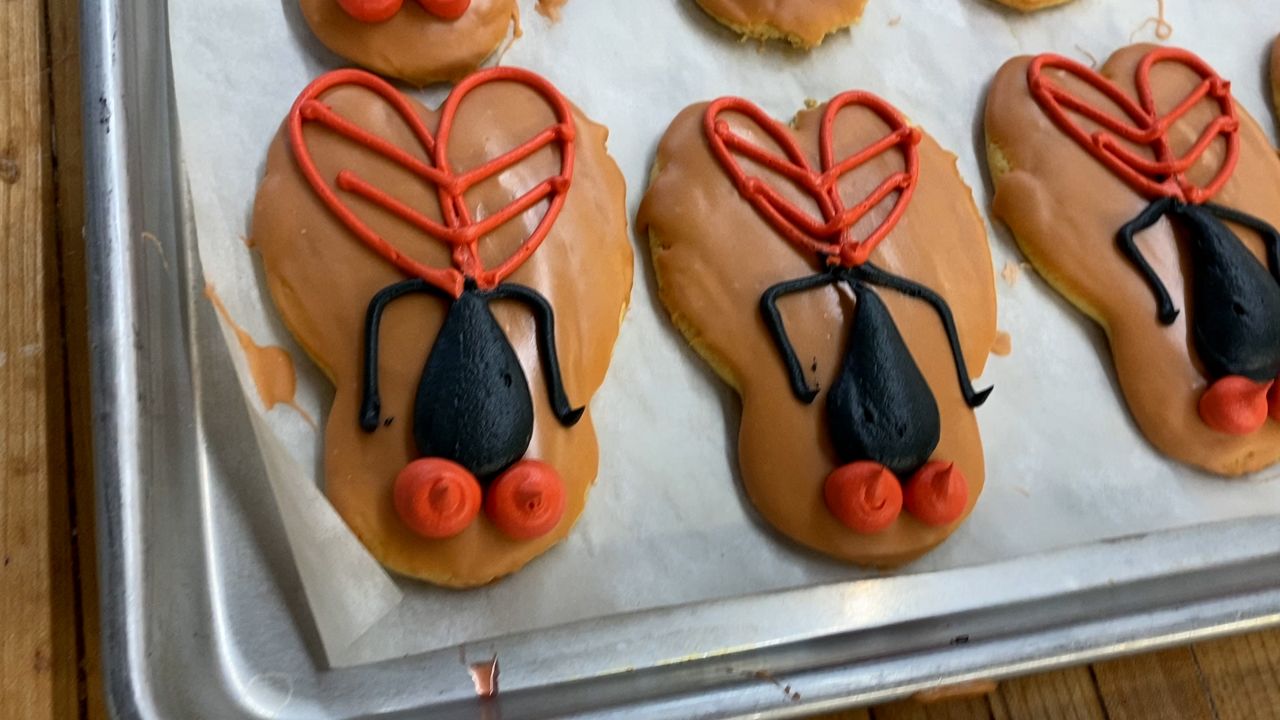 CINCINNATI, Ohio — As the rest of the neighborhood sits silent, the kitchen at Little Dutch Bakery is bustling. Fresh cakes, cookies and donuts are filling the cases at the front of his bakery, but baker Chris Girmann’s excitement peaks when he hears the oven buzz.

“Hey, the babies are being born!" Girmann said. 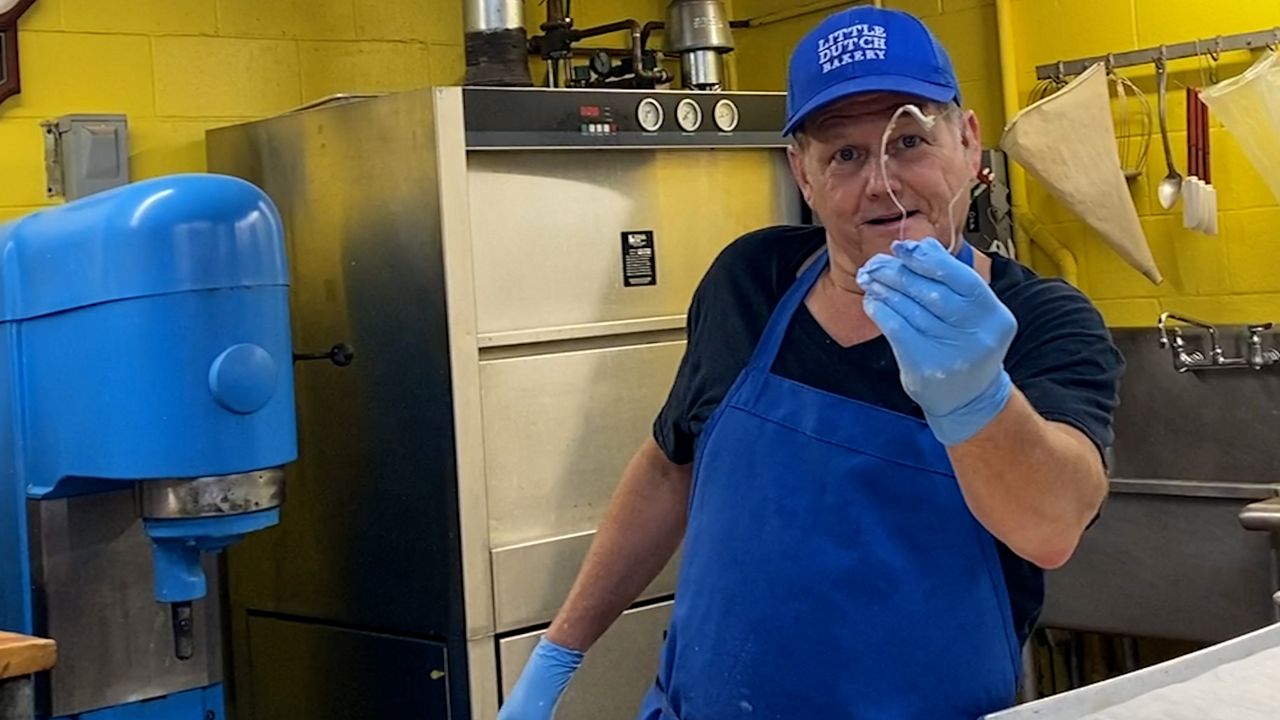 The lifelong baker likes to get in the spirit of whatever season he finds himself in, and four years ago when the Brood VI cicadas hatched, inspiration struck.

“Maybe some people thought it was a donkey,” he said. “No, it’s a cicada.”

People figured it out fast once they were iced and then they started flying off the shelves.

“Four years ago, I made over 400 of these in like a week, while normally I would probably sell 75,” Girmann said.

This year, his wife Mary, who staffs the bakery’s front room, said they’re attracting an even wider appeal.

“We have a lady that we’re actually going to ship some to Maryland for her mother,” she said.

Little Dutch Bakery has been treating its Mount Healthy neighbors for a century. Chris and Mary are the third generation to take over the family business and since the dawn of social media, Girmann’s used it to showcase his personality.

Girmann believes it's little things like this that set his bakery apart and build enough local support to make his small business stick around.

“I like for people to smile, I mean whether or not they’re coming in to get something sweet to eat or just watching one of the weird videos I’m making because I can do it,” he said. 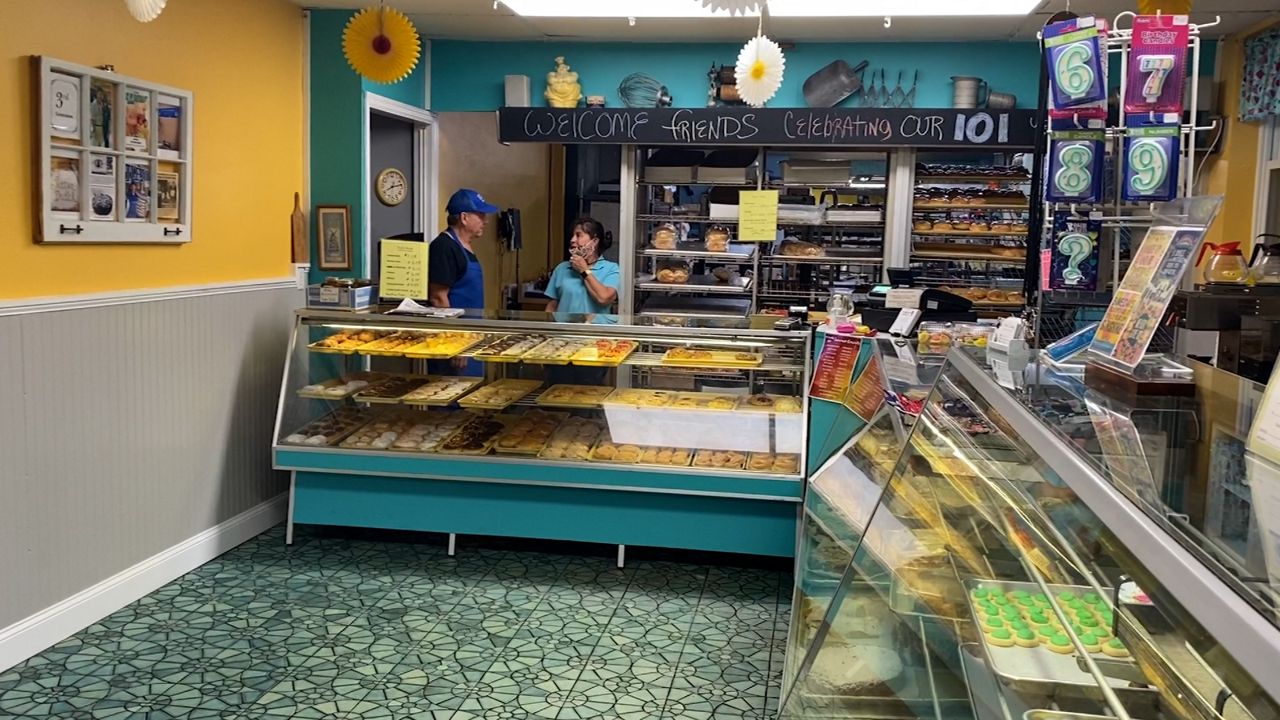 Girmann made his first batch of the year in mid-April and added donuts soon after. He said they’ve been selling out nearly every week since, so he’s asking any customers eager for a taste to put in a pre-order at least a day in advance.

As for the secret ingredient, Girmann said he’s not ready to share the recipe but he will admit there are no cicadas in his cookies.

He said there’s no demand for eating the bugs right now, but he’s not opposed to trying it.