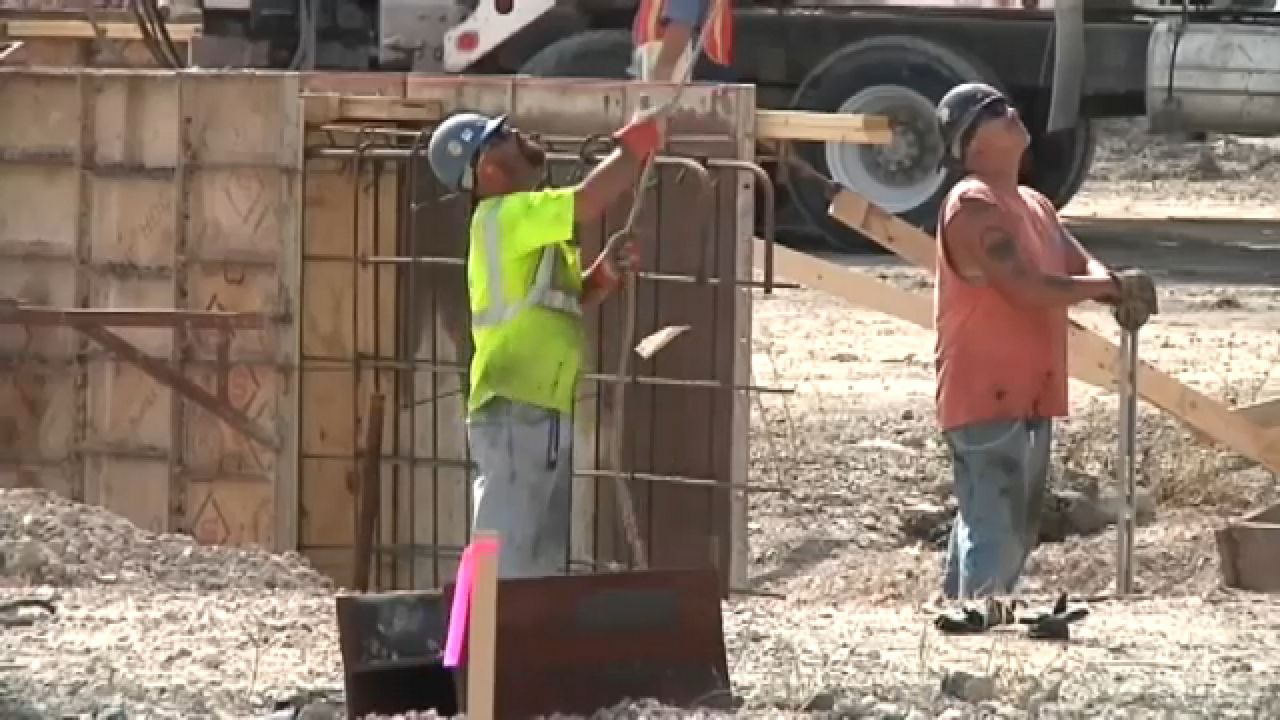 What construction of new Bills stadium could mean for trade jobs

ORCHARD PARK, N.Y. — Building a new stadium for the Buffalo Bills will create 10,000 construction jobs, according to Gov. Kathy Hochul. The project is expected to cost $1.4 billion with New York State and Erie County contributing a combined $850 million.

"Who’s going to build this? I’m really proud that this is going to be built by union labor. Over 10,000 jobs," said Hochul in late March. "This is the largest job in the history of Western New York."

"The men and women who will be building this project will be the men and women of union labor here in Western New York," said Erie County Executive Mark Poloncarz. "And because of the size of this project, we believe that Rochester’s building trades will benefit from it, as well as Central New York and maybe even downstate."

And that could be several years worth of work for contractors and construction workers before the new stadium opens, projected to be in 2026.

The organization is representing 18 unions in Western New York and already working on training and apprenticeships to be part of such a large job.

"We want to put as many people to work in this area as we can so the more people that work the better off people are. It means a lot," said Brown.

But some in the industry are feeling left out by the deal. It includes a project labor agreement that requires contractors to pay prevailing wages and fringe benefits to all workers under state law. Those are sometimes higher than what non-union companies pay. Critics say the agreement could also require a certain percentage of the labor to be union workers, which means many non-union shops won’t bid on the job.

Associated Builders and Contractors represents non-union or merit shops. Sampson says the project labor agreement will limit the pool of workers since most construction companies in the region use non-union employees.

"That’s the biggest slap in the face to our workers is not only are they Bills fans, but they’re taxpayers now," said Sampson. "They’re not even going to be able to go to work on some of those signature projects that their tax dollars are supporting."

Sampson also cites Cornell University research on project labor agreements that shows with fewer bidders, the cost of the project could be higher. Bills ownership is responsible for any cost overruns. Brown argues nothing is stopping non-union contractors from bidding on the project, and the agreement is intended to help keep costs controlled.

"A project labor agreement is open to all bidders, non-union and union," said Brown. "In fact, a lot of people bid PLA work because they expand their workforce for just one job."

Still, Sampson believes many non-union contractors will simply look for other jobs.

"We’d rather take the people that we have and we’ve invested in and go find other work and be competitive there with people who want us to bid," Sampson said.

The public is still waiting to see renderings and designs from the Bills for the new stadium. The bulk of the construction work could begin next year, with a target of opening for the 2026 season.