CINCINNATI — A young girl escorted to school by a police officer, a giant eye surrounding the word “change" and a portrait of Ma’Khia Bryant.

All it takes is a firm press and forceful slide. Ink meets fabric and these images become permanently stamped on pieces of wearable art.

This is Terence Hammond’s workshop, and these prints will make up the first exhibition ArtWorks will display for its new neighbors, though he’s not the artist behind the designs. These are the works of youth artists under his mentorship, taking the exhibition’s theme “Student Protest Art” to heart. 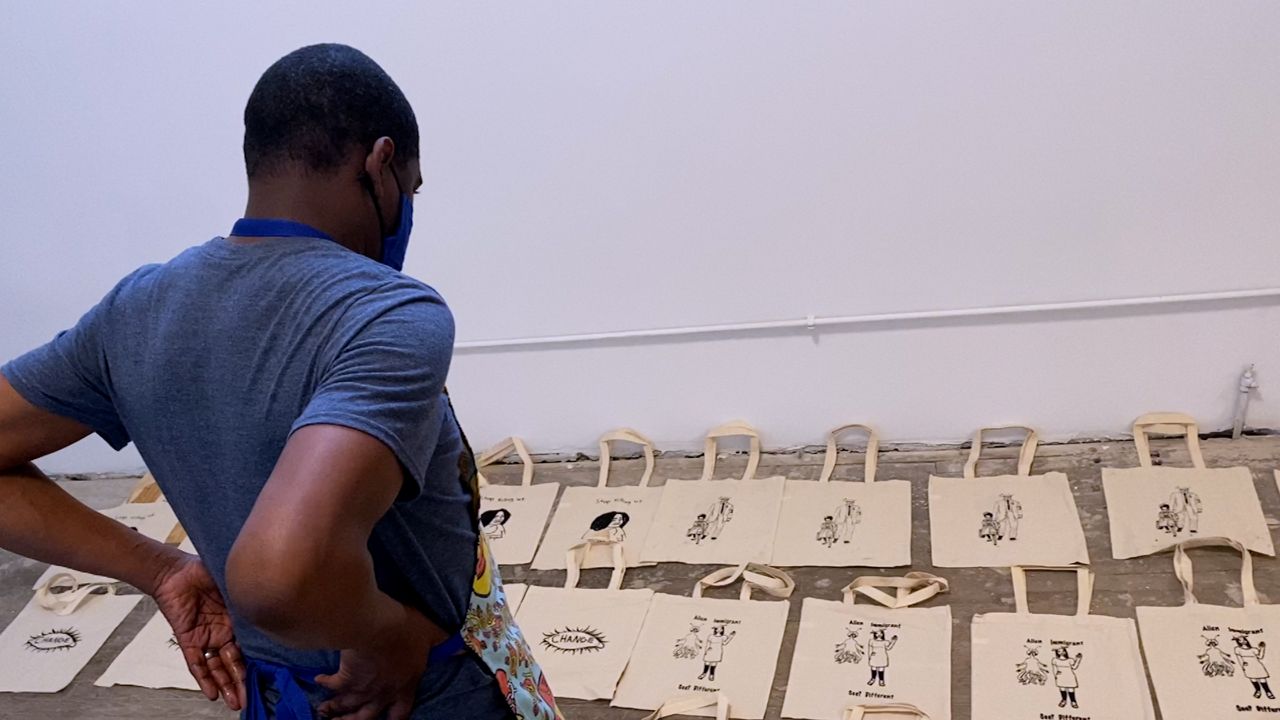 Screen printing is one of the oldest forms of art, dating back to the ninth century, but Hammonds said in recent years, it’s become a permanent fixture of modern art.

“Screen printing, I think, is something we interact with all the time without really thinking about it,” he said.

“I’ve been lucky enough to build a career making protest art and sort of elevating people who’ve created social change, and so this is a logical extension of that,” he said.

ArtWorks is a nonprofit organization that provides temporary job opportunities to youth artists through public art installations to beautify the city. It's best known for its murals, particularly in the Over-the-Rhine neighborhood where it spent the past decade.

Now as the group moves to its new neighborhood in Walnut Hills, the organization selected Hammonds to run the first Youth Artist Exhibition Program in its new home. His signature printing and slip casting techniques will create a very different type of public art, while allowing his youth apprentices to explore what’s on their minds.

“With everything that was happening socially, I think that sort of resonated,” he said.

Hammonds said all these designs are interpretations of his students’ aspirations, anxieties and frustrations as they come of age in a tumultuous world.

“I open up conversation about social things that are happening and honestly trying to give them a platform to react to those things,” he said. 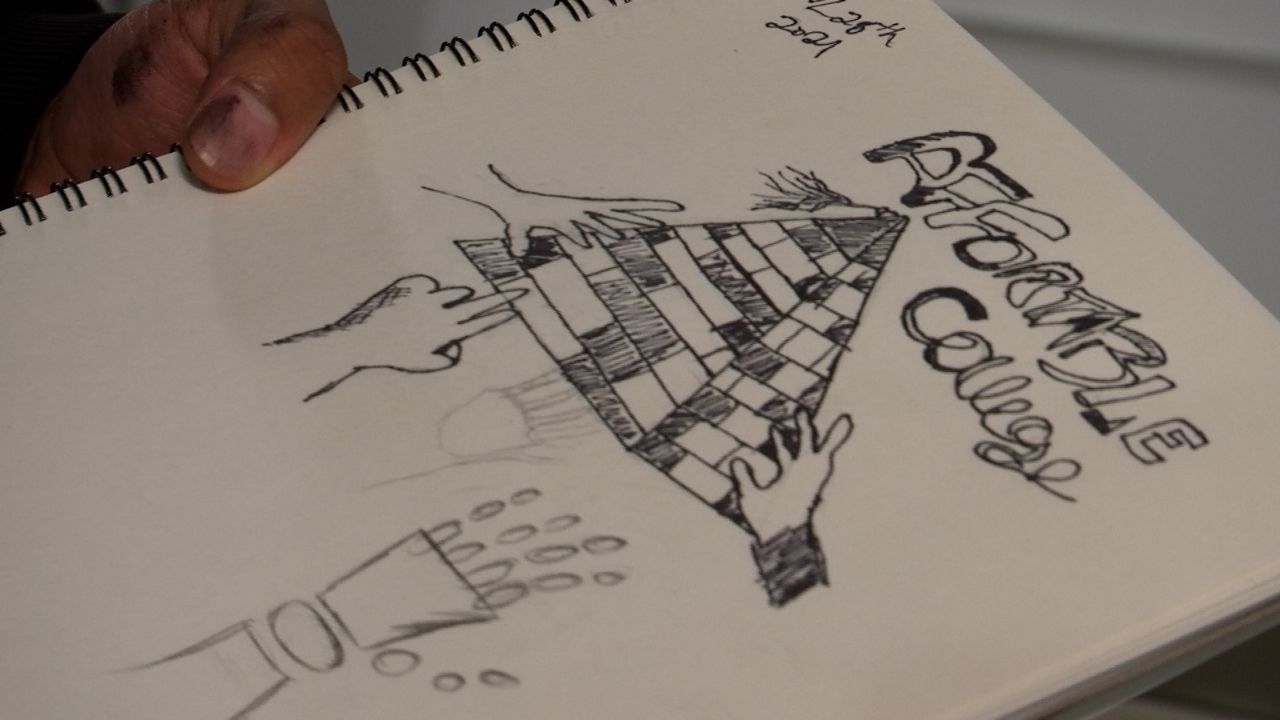 Take D’airion M, one of the younger artists in the program. His design depicts a hand constructing a pyramid displaying the words “Affordable College.”

“Everybody’s like putting in a part,” he said. “At the bottom its preschool and working your way up to college.”

As a high school senior, he said he’s spent much of the year wondering how he can scale this pyramid and continue his education, both creatively and intellectually.

His prints as well as the rest of the pieces the class creates will go on display in ArtWorks first exhibition in its new home at the end of May, not only for new neighbors to see, but also potentially to own.

“We’ve given a platform to the youth to make these images, and we’re gonna give them away free,” Hammonds said.

Hammonds said the press will be there during the exhibition’s opening weekend so anyone who comes to can get one of the designs printed on their own bags or shirts.

The exhibition opens May 28 and closes at the end of July at ArtWorks’ new home off of Gilbert Avenue. 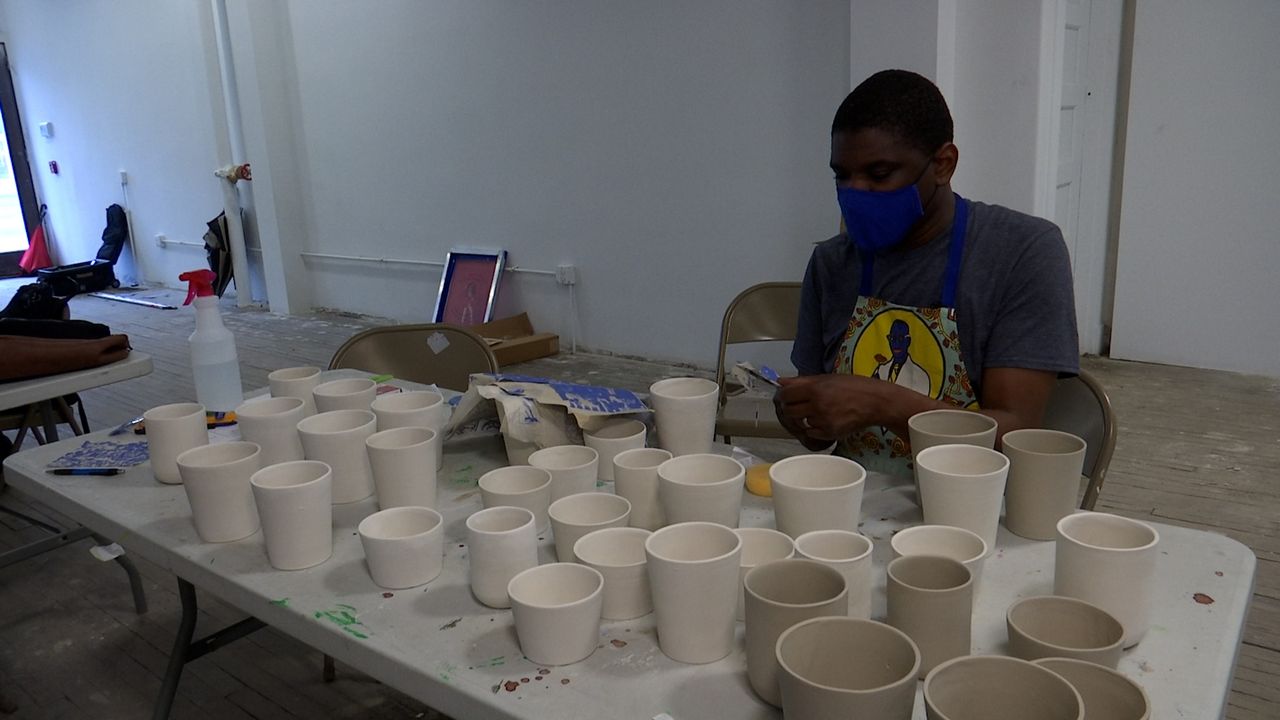