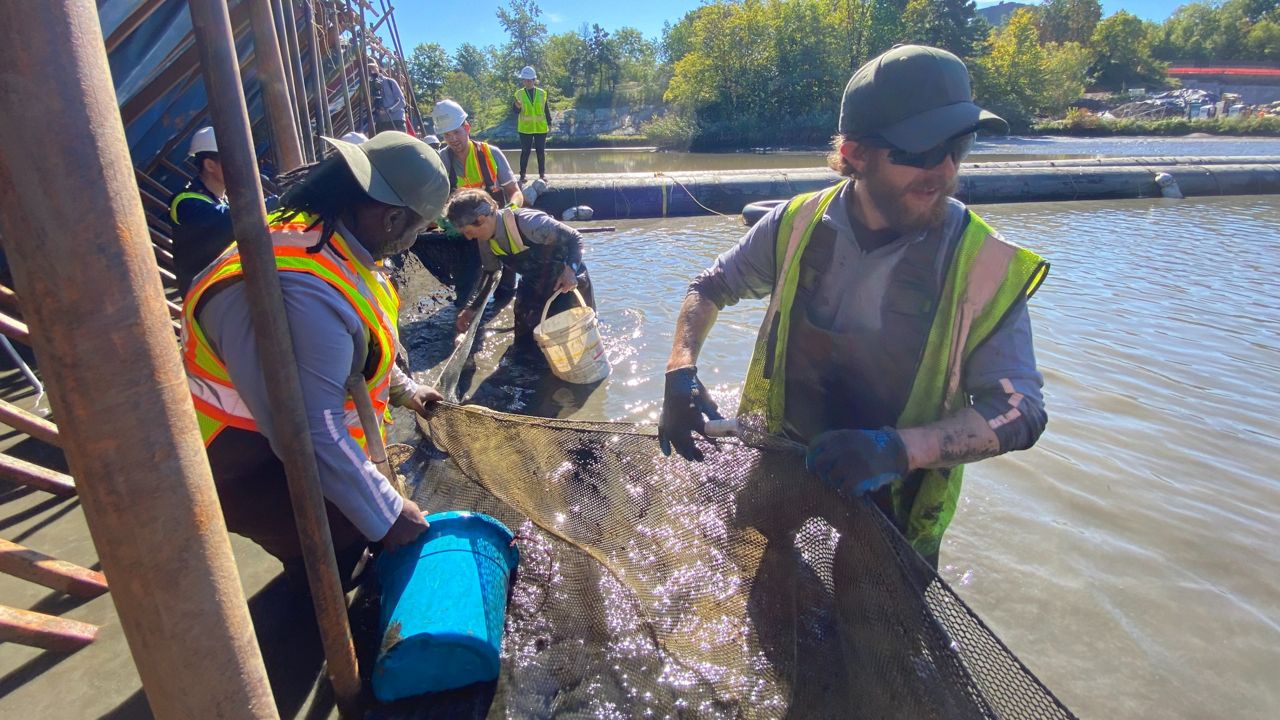 The Conservancy Natural Areas staff is rescuing fish from the side of the lake being drained and bringing them to the other side of the dam. (NY1/Roger Clark)

Fish on the move in Central Park﻿

The Natural Areas crew from the Central Park Conservancy was on a special fish rescue at the Harlem Meer.

The operation was caused by the building of a temporary dam in the Meer to help reintroduce a stream that connects the Meer to the watercourse that travels through the park’s north woods.

A portion of the Meer is being drained to support the reconnection.


The New Harlem Meer Center will replace the demolished Lasker Rink and Pool.

The new facility will be tucked into the landscape with a green roof and feature enhanced swimming and skating.

All parts of the Conservancy’s efforts to reestablish the north end of the Park is a vital resource for the Harlem community.

“Really, the goal of the project was yes to bring back history but also to maintain the programming, to have the ice skating to have the pool, but also to bring people to nature,” David Turner, director of construction for the Conservancy, said.

Before that can be done, crews were feverishly working to catch fish in nets, and quickly transport them in buckets to the other side of the dam. A variety of fish were located during the operation.

“A lot of sunfish, some catfish, and a little bit of bass,” Chris McDuff, a volunteer coordinator for the Conservancy, said. “They are living organisms. We don’t want to traumatize them too much, make them go through too much handling, we just want to get them in the bucket and get them on with their day.”

Natural Areas Technician Dexter Thomas-Payne was glad to be part of the effort, despite the challenges of having to deal with up to three feet of mud at the bottom of the Meer.

“It’s a nice healthy ecosystem, that’s why it’s important that they stay alive and we protect them,” Thomas-Payne said.

It’s all part of making way for a project that will transform the north end of the park, with completion expected in the summer of 2024.