Many Malaga descendants have embraced their history — making connections with each other and keeping family stories and traditions alive. (Photo Spectrum News)

Malaga Island: How to rectify a racist past

MALAGA ISLAND — Off the southern coast of Maine is a small island. Home to an interracial fishing community at the turn of the 20th century, it now remains uninhabited. A forced eviction by the state of Maine led to varying exiles for former residents: some were able to resettle on the mainland; some wandered in vain for acceptance elsewhere; others were committed to a mental institution.

For Part 1 of this story check out On island beauty, a buried story of how Maine exiled a thriving fishing village

The latter was the case for the Marks family, who were taken to the Maine School for the Feeble-Minded, later known as Pineland Farms, in New Gloucester. The charges were that they were mentally ill and unfit for society. The decision was based upon their failure in a purportedly clinical test to recognize modern inventions like the telephone, which had not yet arrived on the island.

“When they got to Pineland, that family was split,” says Marnie Darling Voter, a descendant of Benjamin Darling, a free Black man whose progeny settled on Malaga Island. “The women went one way. The men went another. That was the end of their family that day. Their family was decimated.”

Meanwhile, authorities exhumed Malaga’s small cemetery, erasing their decades-long existence on the island. The remains were reinterred on the grounds of the institution in New Gloucester. Multiple bodies were shoveled into single plots.

Much of the other personal stories are lost to time; families who could resettle on the mainland found it easiest to bury their connections to the island.

But clues remained, like the word “malagite,” once used regionally as a racial slur.

Other reminders endured, those involved say: emotional and financial scars, passed among generations of those descended from Malaga’s exiled.

No one can say for sure when things changed, when people started talking in earnest about what really happened on Malaga Island. It had to be after a generational shift in how history is viewed and race is discussed.

In recent years, historians, archeologists, and journalists have been digging more into Malaga’s history. Artists, like Daniel Minter, are using their craft to retell the story of the island.

Many of Malaga's descendarts are also embracing their history — making connections with each other and keeping family stories and traditions alive. Descendants stay in touch through a private Facebook group and have met up at several in-person gatherings. 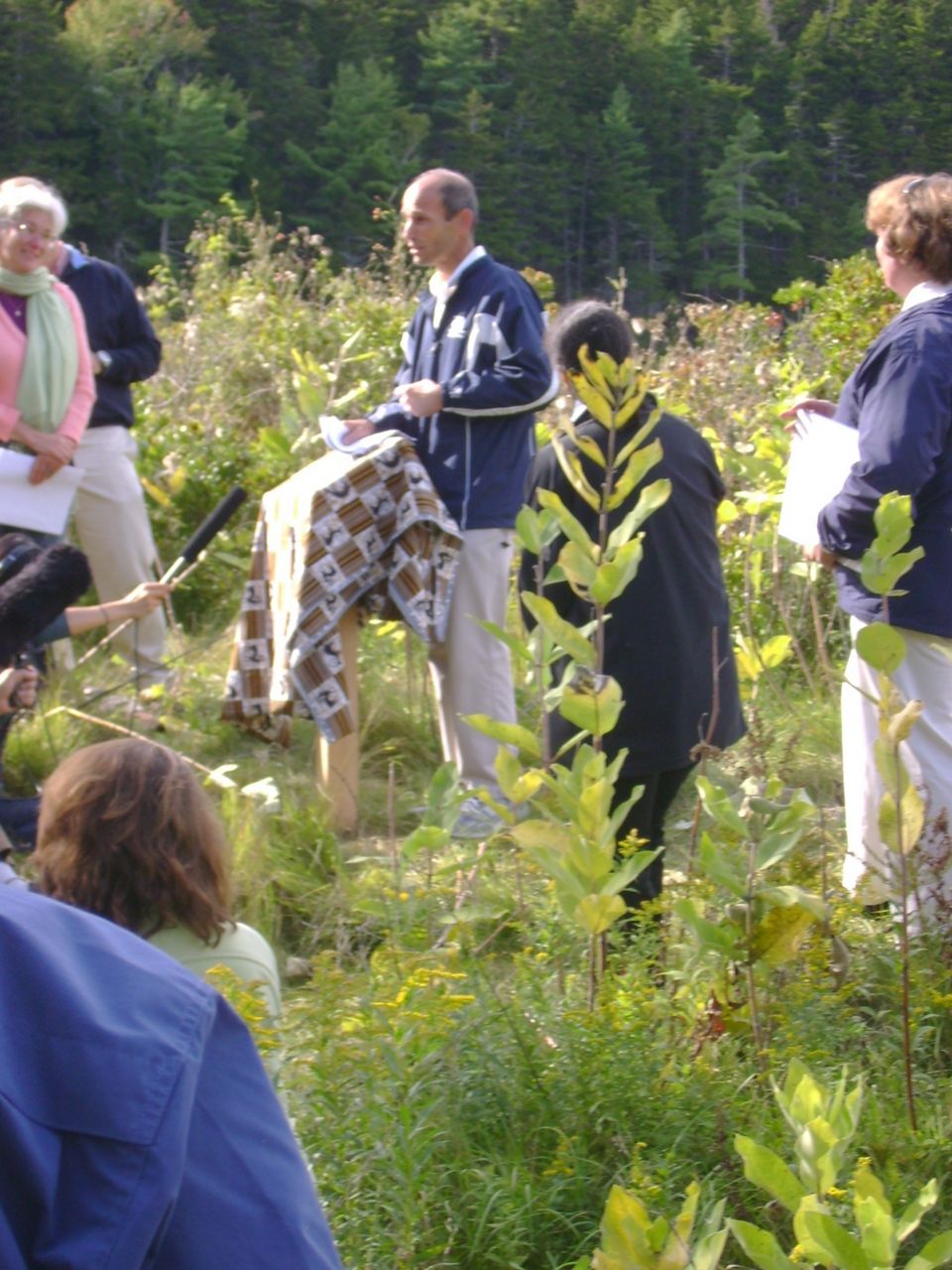 At one gathering in 2010, amid increasing research into the island, then-Gov. John Baldacci, a Democrat, offered the first formal apology.

Aside from symbolic gestures, the state also started a college scholarship for Malaga’s descendants. Khamani Harrison was one recipient.

“That was literally divine timing,” she says now. “That was my ancestors coming through.”

The financial help allowed her to finish her degree and start her own business — the Key Bookstore in Hartford, Conn. It’s dedicated to Black history and literature.

But Harrison and others say more needs to be done — because of how much was lost.

“You don't have what you could have had,” she said. “If we had land right now, if we had an asset like that, if we had hundred-year-old businesses like you hear so much about in New England, you know, life would be a lot different right now. There's no doubt about that.”

What, if anything, is owed now to those whose ancestors historically suffered grievous financial and emotional consequences because of their race?

And how would that be quantified?

Localities and private entities have been re-examining their roles. And in April, a committee in the U.S. House of Representatives advanced legislation to establish “the Commission to Study and Develop Reparation Proposals for African Americans.” Among other things, the commission would look at potential compensation to descendants of enslaved Africans.

Whether more could, or should, be done specifically for Malaga’s descendants is still undecided — there are differing ideas, for instance, on how the island should be used, or owned. It’s now controlled by a nonprofit land conservation organization — open to the public, but not easily accessed. 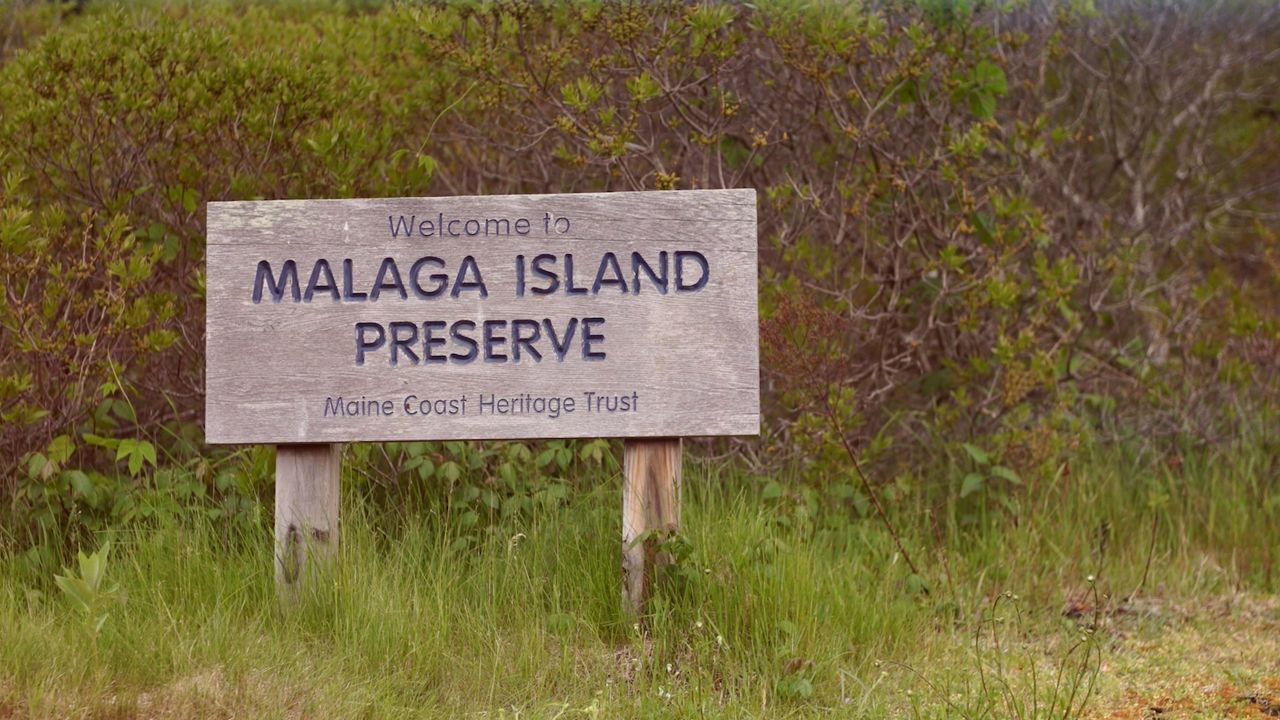 There is consensus on the importance of telling the story, so new generations learn a history that was long suppressed.

“It was actually a descendant who said this,” said McBrien. “If someone had spoken up for my ancestors, we could have had a very different outcome.”

For Part 1 of this series on Malaga Island, please click here.