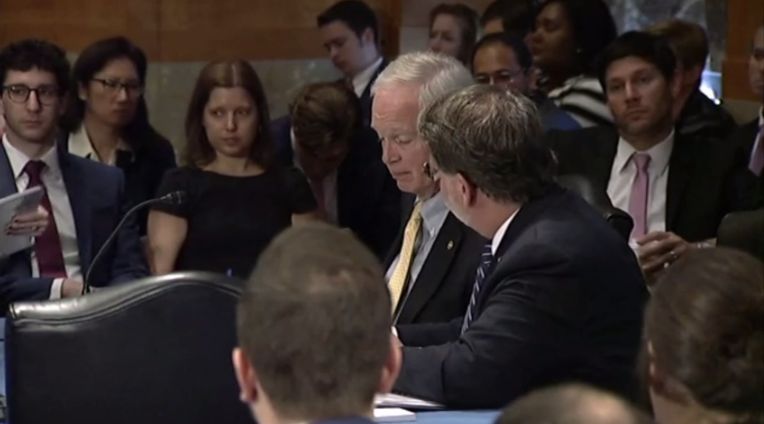 Meanwhile, Washington moves further away from action on gun control.

Leading the effort is Max Schachter. His son Alex was one of the 17 killed during the shooting nearly two years ago.

“There’s a hole in my heart and my family’s heart that will never be filled,” said Schachter. “The only thing that we can do is to try to have something good come from this horrible tragedy.”

One good thing to come out of it is a new Senate bill in his son’s name that aims to help educators, parents, and community officials identify security risks and correct them to avoid similar situations.

“I think this is going to provide guidance to schools all over the country on what to do and what not to do,” said Schachter.

But is that enough? Students from the school led a massive rally they called March for Our Lives in DC just over a month after the shooting and demanded Congress move the needle on gun control.

“We will not stop until every man, every woman, every child can live without fear of gun violence and to that I say, no more,” said survivor and activist David Hogg during the rally.

And while the House has passed several bills on expanding background checks, restricting access to guns and limiting the the types of weapons and magazines that can be sold, the Senate and the White House have not expressed an appetite for doing the same.

Sen. Johnson believes the debate around it is just too divisive.

Republican Sen. Marco Rubio, R-FL who is a cosponsor of this bill is also calling on the Senate to vote on his red flag legislation.

Meanwhile the president previously said he would be interested in signing a bill on background checks after the mass shootings in Texas and Ohio but has since walked that back.