WATERLOO, Wis. — Crave Brothers Farm is producing more electricity than their operation uses— operating in a carbon-negative way—  and they're doing it by cutting down on waste.

They milk about 2,100 cows on their farm and make their own cheese but that's not their only commodity. They also harvest electricity using a bio-digester. 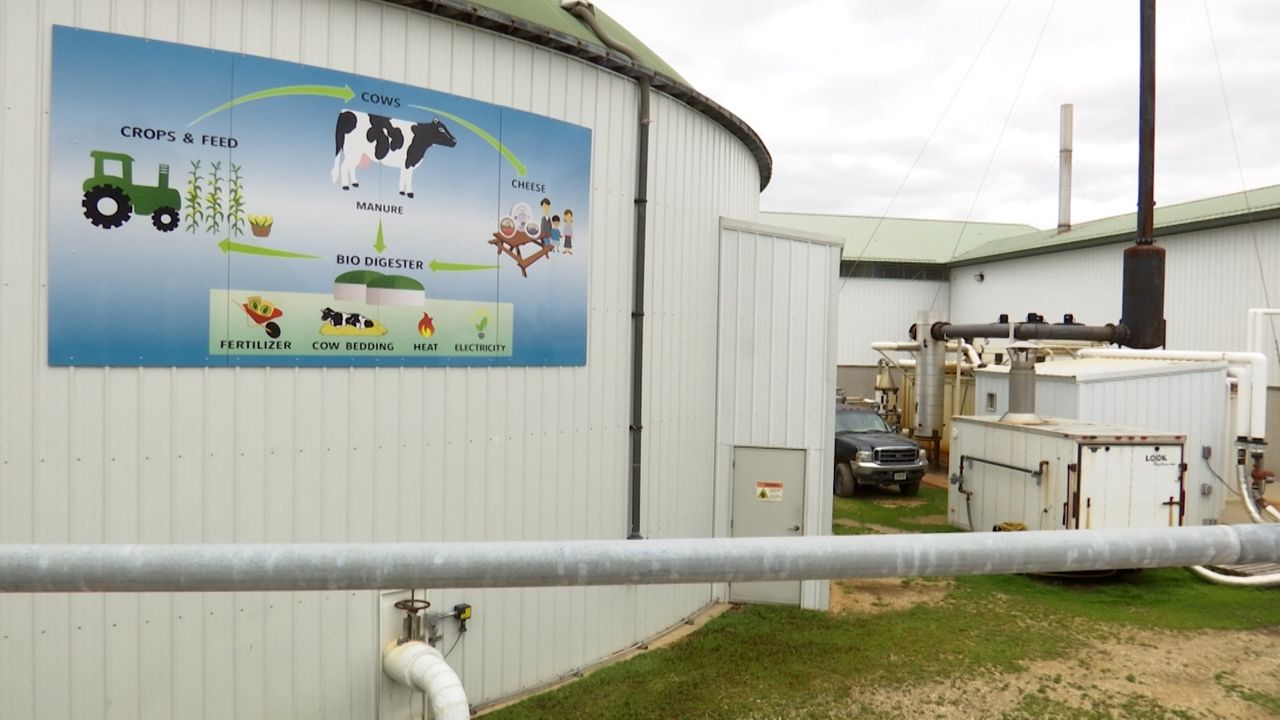 The digester converts manure from the cows and excess whey from the cheese making into electricity — more than 630 kilowatts (KW) of electricity every hour.

The digester heats up the waste, decomposes it to capture methane off of it, then they sell the resulting electricity back to the utility company.

“We always like to say farmers are the original recyclers,” Crave said.

The Crave's have been using a digester since 2014.

The liquid excess after it runs through the digester is used as fertilizer for the fields they farm here.

“We've reduced our soil erosion, we're harvesting a lot of carbon and we're turning it back to the soil and we're cleaning up the air,” Crave said.

The solids left over after digesting are dried and used as bedding for the cows. 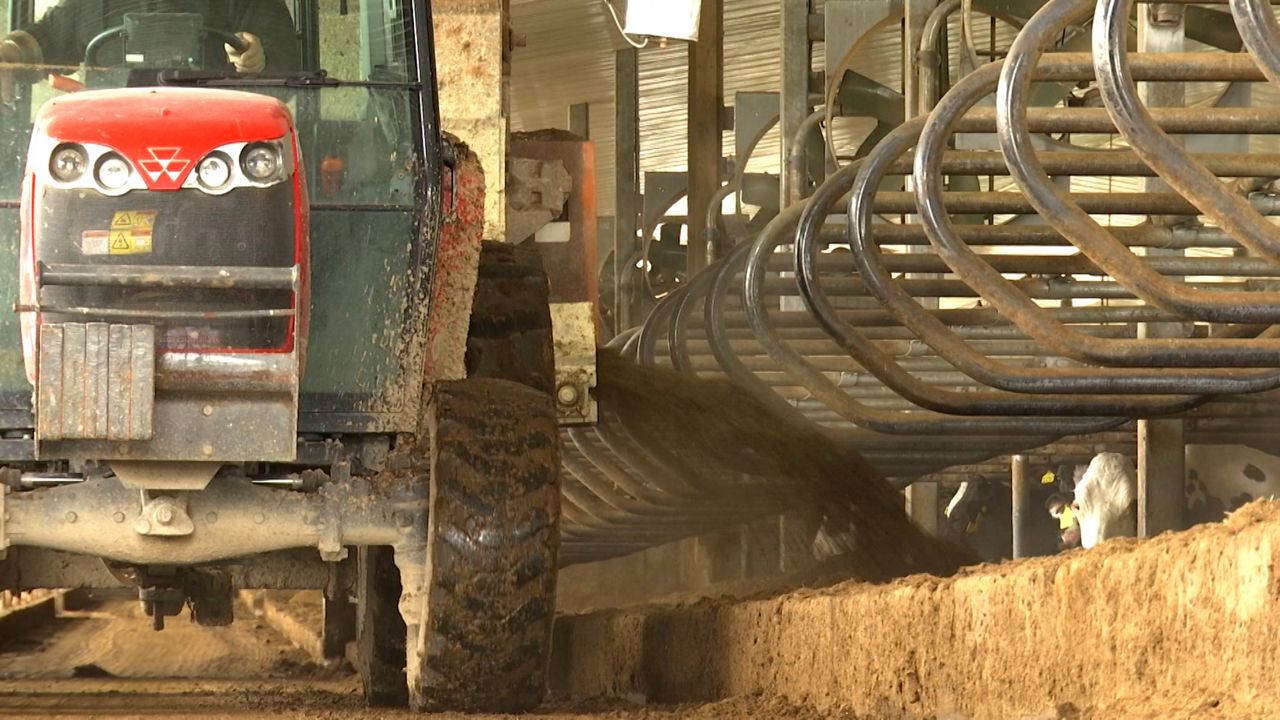 “So we have a complete closed loop from feed to the cows, manure to the digester, then the bedding back to the cows, so it's a complete loop which helps us manage the nutrients on our farm,” Crave said.

The farm is carbon neutral — and then some — and it also cuts down on waste, re-using pretty much everything. Crave said in operating this way they keep 2,000 truck loads of material a year from coming off their farm.

While producing electricity through the digester isn't helping the farm's financial bottom line, it's still important to the Crave family to run this way.

“It's really a part of our culture, and waste not want not,” Crave said.

It does still helps operations here.

“The biggest benefit for us is it helps us manage our nutrients on the farm,” Crave said. 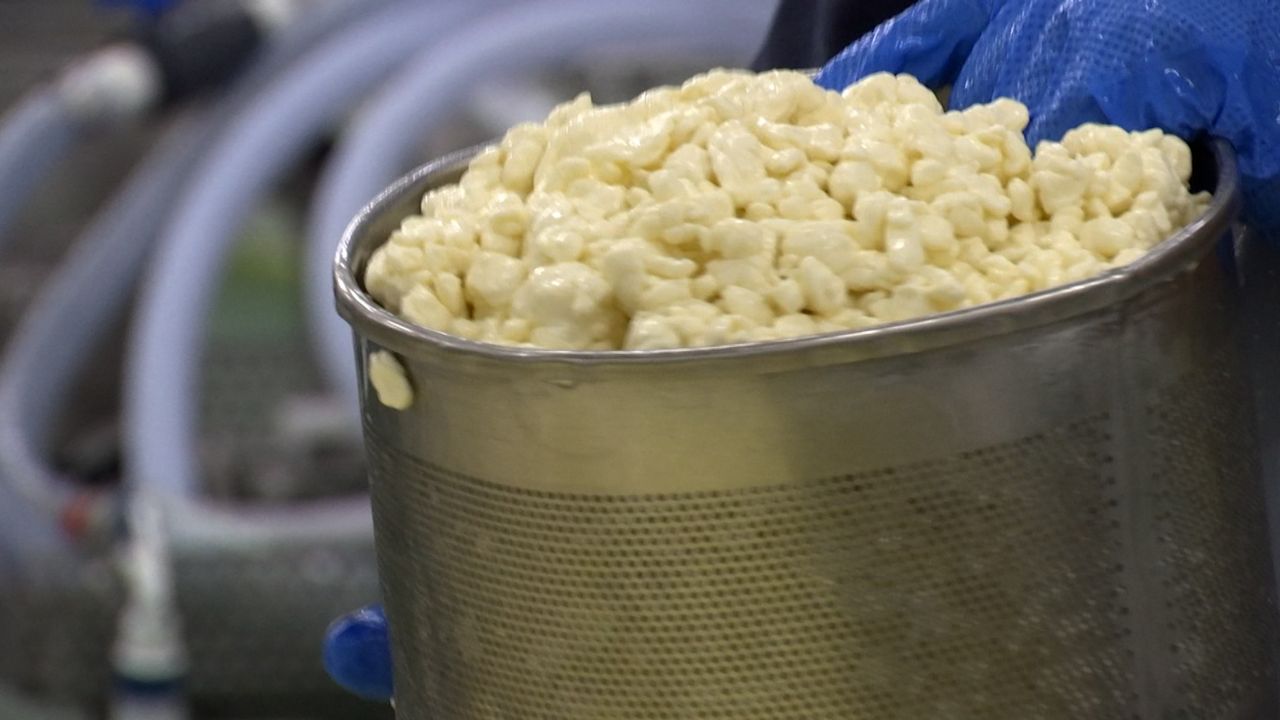 It's a way the crave family plans on running their dairy for generations to come.

“For me, sustainability means that it's something we can continue to do tomorrow, next month, next year, on into perpetuity,” Crave said.