An Insider's Look at Van Halen's Three Days in Madison

The dream was to become a famous musician because, you know, who doesn’t?

“I tried to learn to play guitar,’’ said Wisconsin native Susan Masino, “and I just froze in front of an audience, so ….”

So began a career as a music journalist with unprecedented access in the midst of a golden age of rock, a woman who was in the right place at the right time, in particular a stretch of three days in March of 1978 when Van Halen descended upon on Madison and, well, we’ll let her describe it:

“They were three days of total mayhem and chaos,’’ said Masino.

Three days that were recently immortalized at Madison’s Sheraton Hotel, three days the band made mention of in the liner notes from their second album, and three days that are forever burned into the memories of everyone who bore witness to these events but, more importantly, the birth of a band that featured the most influential guitarist of his generation, the late Eddie Van Halen.

Susan Masino always loved music. Her parents owned the Riverview Ballroom in Sauk City, where the likes of Louis Armstrong, Lawrence Welk and the Dorsey Brothers passed through when she was a child. 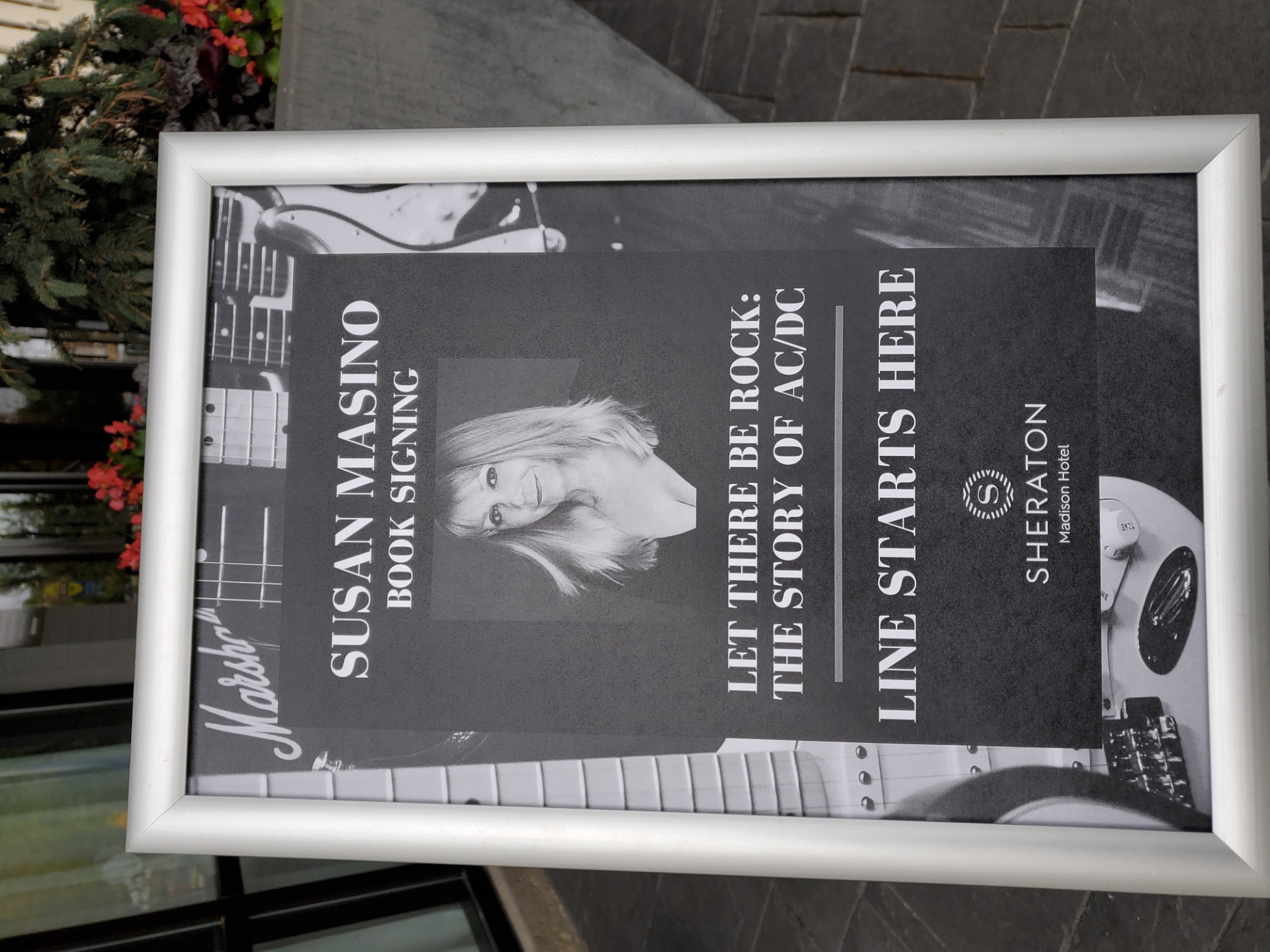 “I loved the lifestyle, the gypsy kind of life where you go from one place to another,’’ she said. “I grew up with a very romanticized view of the business, and I loved music.’’

After the realization that she would never perform music in front of 10,000 fans, she happened to meet a pair of guys who worked at the Emerald City Chronicle, a local newspaper that covered Madison’s music scene.

Despite no formal journalism training, she was hired as the associate editor and was charged with setting up tickets, photo passes and interviews, which entailed dealing the nation’s leading record companies on a daily basis.

And that’s where the Van Halen story begins.

After it was announced that this fast-rising band from Los Angeles would be embarking on its first world tour along with Journey and Montrose, word leaked that one of their first stops for Van Halen would be in Madison at the Orpheum Theater.

But as that March date approached, they learned the Orpheum said it could only handle two bands and Van Halen was going to be given the night off.

“We were so excited about them coming to Madison that my boss Michael (St. John) said, ‘Get on the phone to Warner Brothers. See if we can get them booked somewhere else, like a club,’ ”
said Susan.

“I said ‘Um, OK, I’ll try that.’ They called back a couple of hours later and said ‘We booked them into the Shuffle (Inn). I hope that’s OK.’”

Oh, it was OK - for everyone whose job wasn’t a fire marshal. 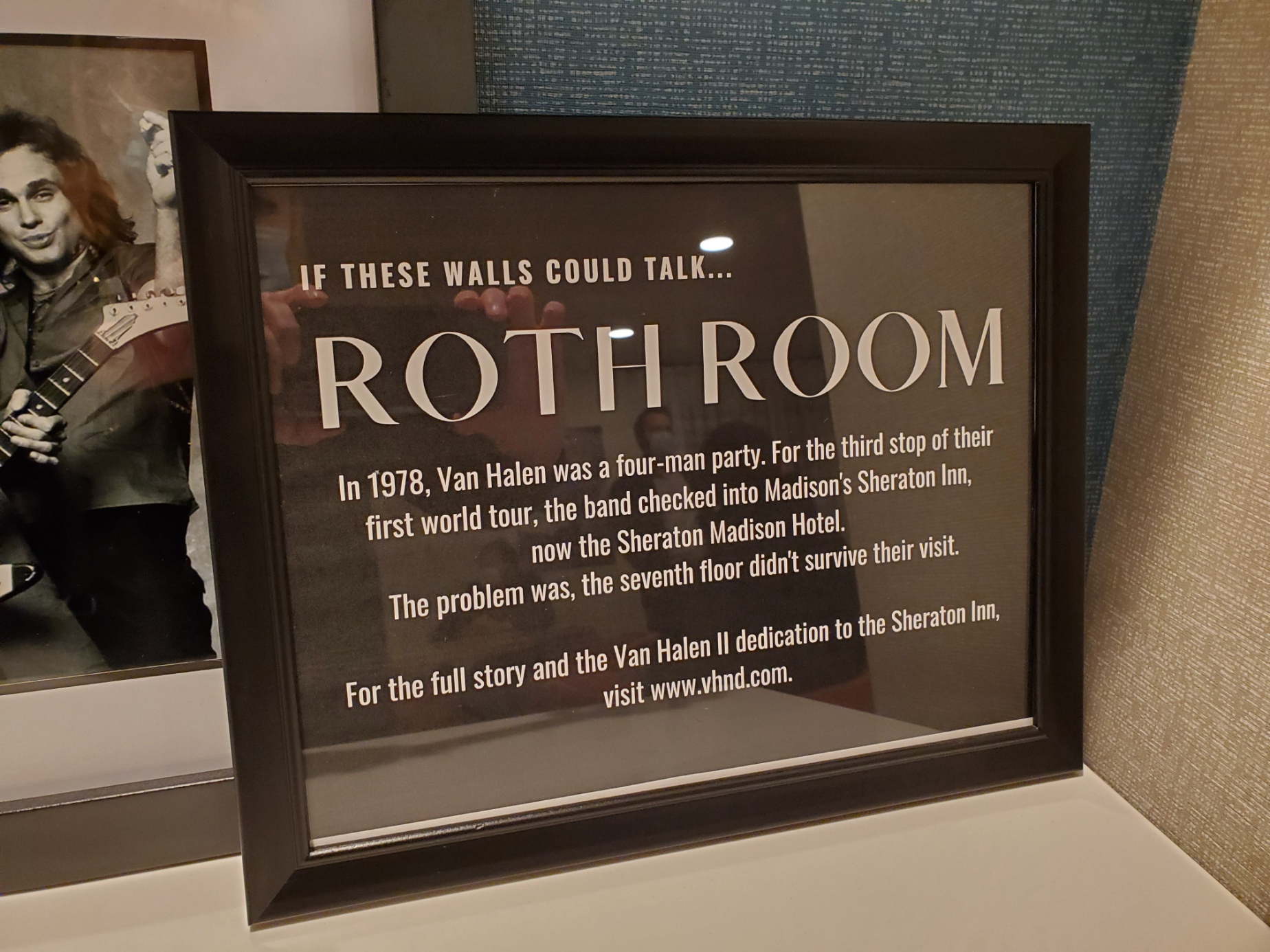 Which was fine with Susan, as she was about 12 feet from the stage and completely mesmerized.

“Seeing Eddie for the first time; I heard him on the record and I was like ‘This is unbelievable,’’’ she said. “I wondered if he could play like that on stage. And he was amazing. I’ll never forget it. I can still see it in my head.’’

Before the show Susan, two editors and a photographer met with the band in their dressing room.

“We’re all down there and Eddie’s sitting on the couch with his little practice amp,’’ said Susan. “He didn’t talk a lot but said, ‘Do you want to hear the first song I ever played on a guitar?’ And so he played ‘Pipeline.’ He was very sweet."

As was bassist Michael Anthony.

“But David (Lee Roth) and Alex (Van Halen), they were a handful; the both of them,’’ she said. “They were the entertainment.”

When the show ended, they all headed back to the seventh floor of the Sheraton.

Susan was not at the hotel the first night the band was in town, but she heard about it.

There was a lot noise. The kind that could pierce walls, floors and ears several floors below.

“The cops were called on them so many times I heard the officers were told to just park their cars in the parking lot of the Sheraton,” she said.

She was there for the party the next night when Alex Van Halen got her to partake in a stunt that would lead her to be flown to Los Angeles several years later to appear in a DVD called: “Van Halen: The Early Years."

What Alex did was stick his head between the elevator doors as they were closing, with the hope his head would not look like a pancake when finished. It worked, and then he insisted Susan do the same.

“After about five minutes, I let him shut the doors on my head,’’ she said. “He was laughing so hard he just slid down on the floor.”

She learned later that Alex had tried to get his bandmates to do it, the road crew and those who assisted the road crew, but to no avail. She was his first victim.

“It didn’t hurt but the noise is astounding,’’ she said. “It sounds like your head is being crushed.”

The third night was a charm for those who were there, not so much for the hotel employees.

A table was tossed out of the window, frozen fish were taped to the ceiling in the hall so when they melted the smelly water would fall on the unsuspecting, they stole every sheet, pillow and towel they could get their hands on to outfit their tour bus and, after that, had a squirt gun fight with fire extinguishers.

As for the ultimate rock band cliché …

“Alex was going to throw a TV out the window but somebody from Journey stopped him because he said it was going to come right out of his paycheck,’’ said Susan.

There were no fights. Nobody, somehow, was arrested.

“It was insane but that was just the way they were,’’ said Susan. “That was Van Halen."​

It was Susan who was the first at her paper not just to review a show, but interview the artist afterward as she did with Rick Derringer in Milwaukee. It was Susan who suggested to band manger Noel Monk that the Van Halen logo would make a nice key chain or necklace, and a few years later saw Valerie Bertinelli – Eddie’s wife at the time – wearing such a necklace on her TV show “One Day at a Time.” And it was Susan who said what the band did receive for its shenanigans at the Sheraton was a lifetime ban from all their properties.

Those topics, and so many more, were on the table just a few days ago when Susan and her friends gathered at the Sheraton for a signing on her latest book: “Let There Be Rock: The Story of AC/DC.”

The signing was on the seventh floor. In the Roth Room.

“We actually named one of the lounges on the seventh floor the Roth Room, after the Van Halen group,’’ said Sheraton general manager Adam Gautreaux of a recently completed remodeling of the hotel. “So we have a few cool pieces in there, including the record jacket where they paid tribute to the hotel.” 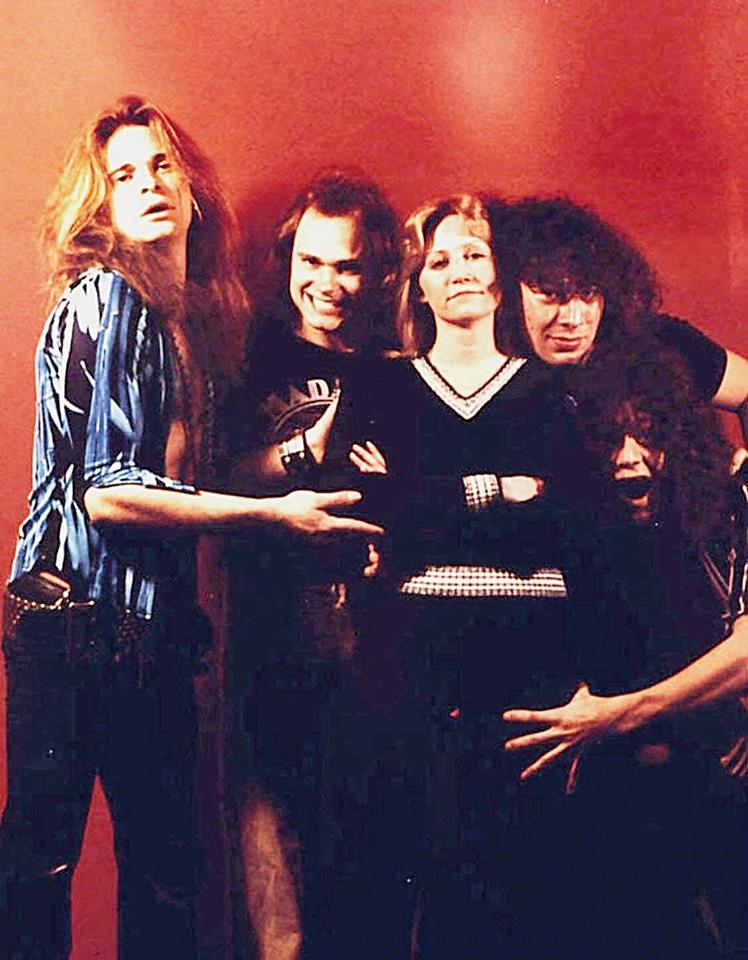 And inscribed on the Roth Room plaque it reads: “In 1978, Van Halen was a four-man party. For the third stop of their first world tour, the band checked into Madison’s Sheraton Inn, now the Sheraton Madison Hotel. The problem was, the seventh floor didn’t survive their visit.”

“We spent all weekend celebrating the book and Van Halen and Van Halen’s terrorizing the Sheraton for three days,’’ said Susan. “So it was very surreal to get the message (Tuesday) that he had passed."

“Eddie, my goodness. I adored Eddie. I admired him so much. And the fact that I got to hang out with him, to know him before everyone else got to know him. It’s a huge loss. Things will never be the same."

“Everybody was hoping for another tour maybe. Maybe another album. Something that would come from them. And now we know it won’t. And that’s a hard thing to take in.’’