Wisconsinites Get Hooked on Magnet Fishing

FOND DU LAC, Wisc., (SPECTRUM NEWS) -- If you take a look at most Wisconsin waterways this time of year, you’ll likely see plenty of anglers in pursuit of fish. Don’t be surprised, however, if you run into another group. They cast a thicker line and are looking for a different type of catch. 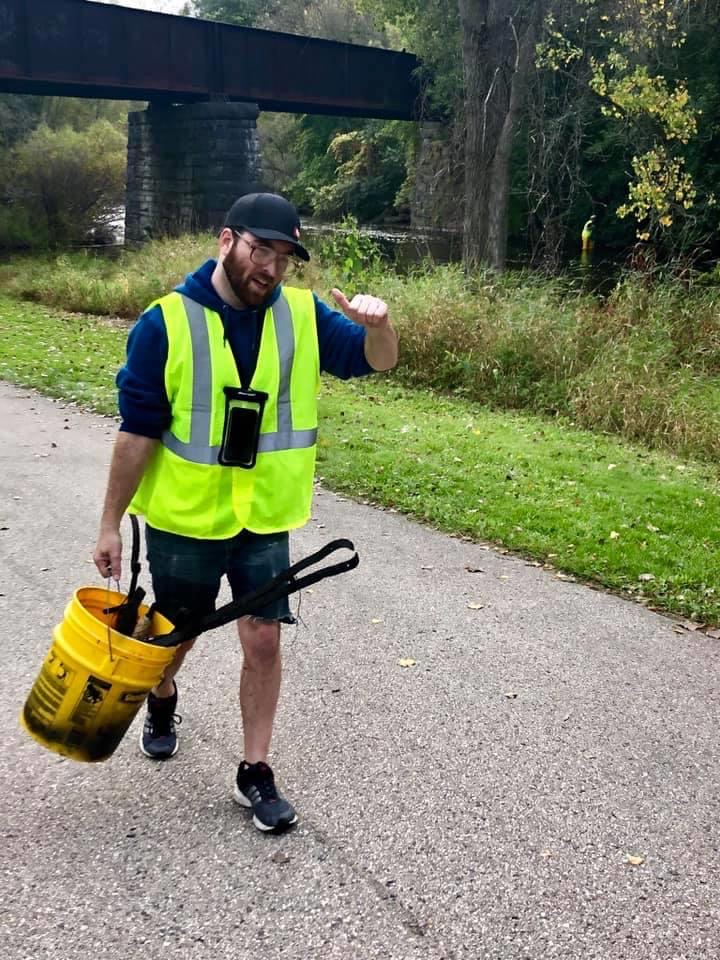 They’re magnet fishing. Tossing a thick rope attached to a high powered magnet into the water gets some interesting looks and creates an audible splash.

“You’ll probably get asked between five and fifty times, 'What are you guys doin'?' You explain it a little and they’re like, 'Wow that’s really cool!”' says Ben Miller.

For enthusiasts like Jennifer Engels, the lure of treasure got her hooked.

“You never know what you’re going to find. You find this little metal, who knows what, and it’s really exciting,” says Engels.

Sometimes the thrill of finding something lost is enough to keep hobbyists coming back.

“We found a lady’s iPhone and we got a hold of her and gave it back to her that day,” says Miller

Cleaning junk from lakes and rivers has an appeal as well.

“It doesn’t matter what you pull up but you’re still taking unnatural things out of the water,” says Engels.

Miller enjoys magnet fishing from his kayak and has taken part in water cleanup projects.

“I don’t want to touch fish. Not my thing. But trying to find stuff, metal, is just kind of interesting to me,” says Miller.

Jim Walters of West Bend runs a Wisconsin magnet fishing Facebook group and has pulled up plenty of underwater treasures.

“There’s a pocket knife, you see a lot of tools, a lot of fishing lures. These are actually step-stools for a horse-drawn carriage,” says Walters as he showed part of his collection, including an axe, at Fond du Lac’s Lakeside Park. 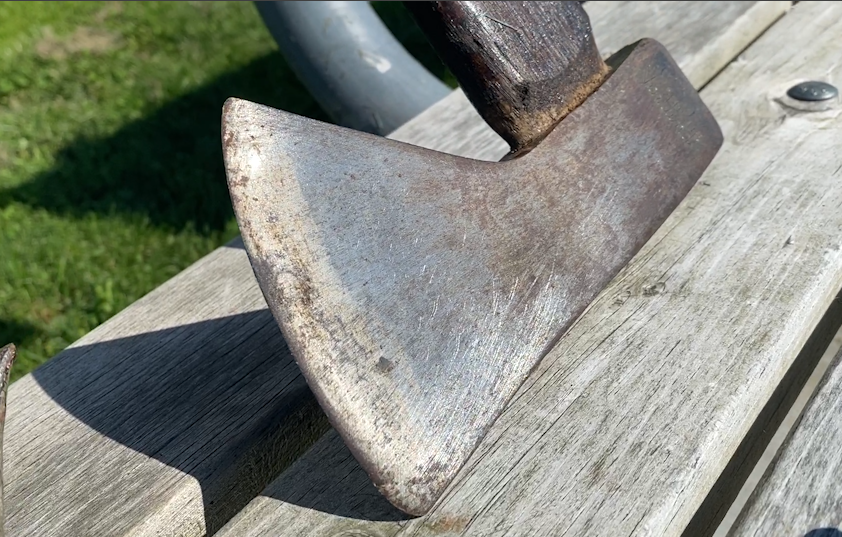 During the Pandemic, the Facebook group’s membership has gone up 43 percent with people looking for something safe and different to do. The group estimates about $75 for a rope, magnet, and gloves, touching rusting or sharp metal barehanded is not recommended. Beginners are also cautioned about the power of these magnets. One is affectionately known as “the dock buster."

Engels of Menasha got into the hobby a few months ago and credits COVID-19 for part of her motivation.

“When my husband went fishing, I would throw in my magnet and just trickle it along the bottom and…nothing,” says Engels.

She’s since found a nice spot and pulled a few scraps out. Hidden treasure would be great but she’d settle for a lot less.

“Like some sort of hammer or something. I just want something that I can say, I found this,” says Engels.

Walters has gotten creative in finding some of his honey holes.

“I got a little deeper and I went into historical societies and kind of did my own research of where fishing camps along the banks were, where an old bridge was and that sort of thing,” says Walters.

Wisconsin doesn’t have Civil War treasures like other states or the ancient buried metals of Europe. In the Badger State, finding a firearm is probably the greatest thrill.

“That is kind of the holy grail I think. How did it get in there? What’s the story? Will it still work?” says Walters.

He's found shotguns and a rifle around Horicon Marsh, likely dropped by hunters. One time, while fishing with a friend, he found something special. At the end of a long day of fishing with not much to show for it, they decided to give it one more toss. His friend latched onto a scooter.

He also latched onto something and pulled up a dark bag. When he went to grab it and detach his magnet, he felt what he thought was the grip of a pistol.

“Our eyes were as big as saucers and inside a sock, sure enough, it was a handgun,” says Walters. 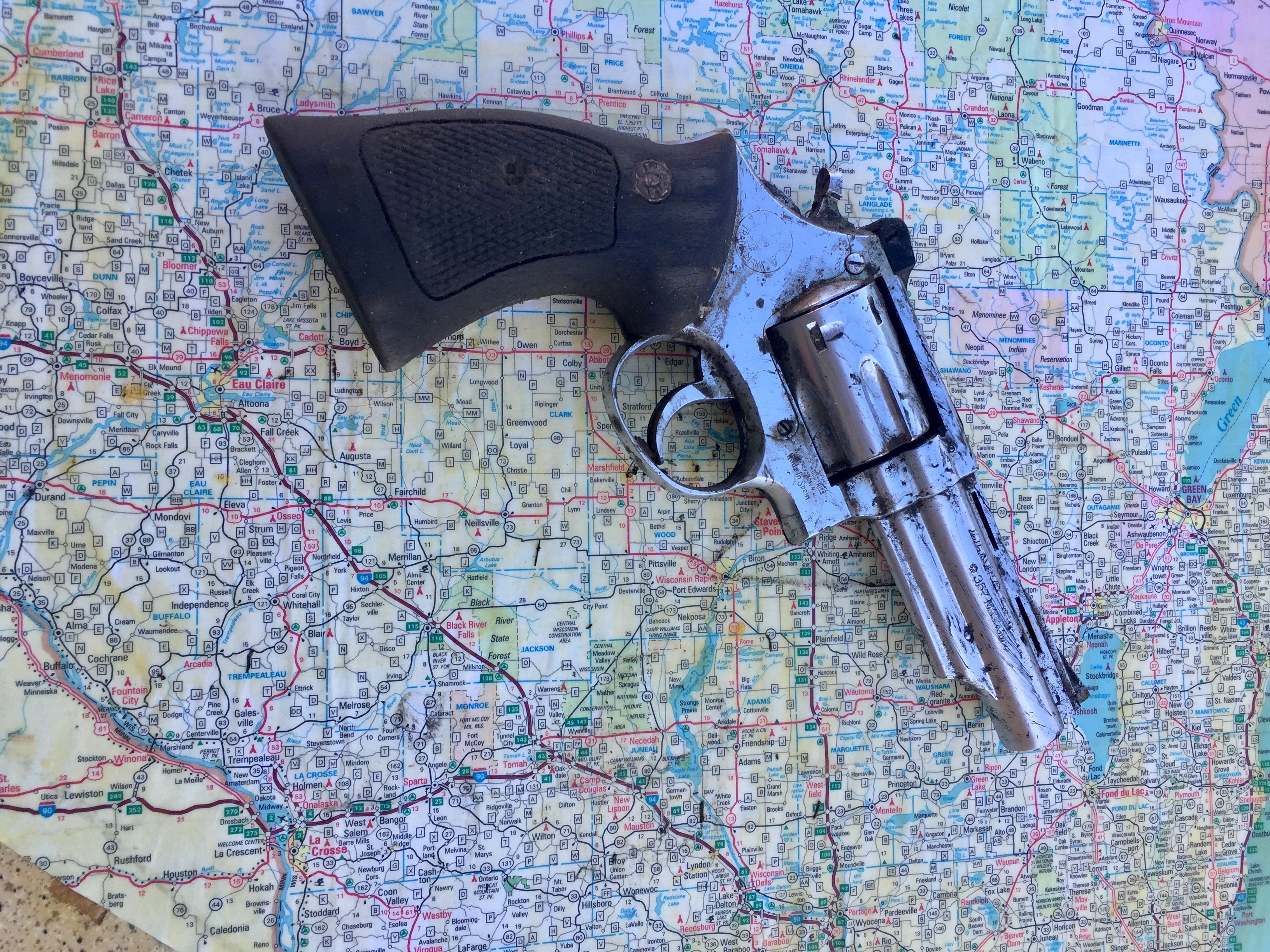 Walters ran the gun through a database with law enforcement and encourages others who find weapons to do the same.

“They can pull a number off to see if there’s any link to it,” says Walters.

The revolver wasn’t linked to any crimes but for Walters, it still makes for a pretty good fish story.​