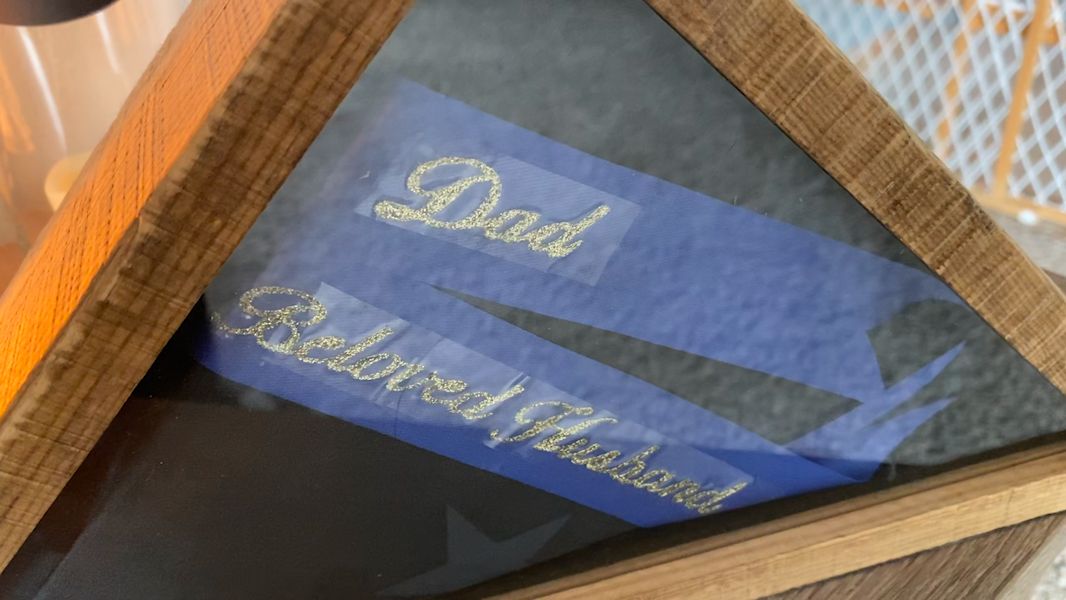 More First Responders Dying by Suicide than in Line of Duty

WISCONSIN (SPECTRUM NEWS) - Suicide rates for those who protect us are going up. Across the U.S., and here in Wisconsin, those numbers now outpace line of duty deaths for police officers. In just the last three months, officials report two police officers in Wisconsin have died by suicide.

It's an issue many departments are no longer sweeping under the rug, but many feel the state is making it more difficult for these men and women to get help.

“He was so proud to wear the bars, being a lieutenant,” Amanda Button shared about her husband. Former Lieutenant Chris Button died by suicide in July of 2018. "I still to this day wonder what I missed." He left behind his 2-month-old daughter Kennedy and three other children from his first marriage. “She’ll never know him besides the pictures that are around," Amanda pointed out.

Amanda said her husband was battling depression and post-traumatic stress, something she claimed his department did not recognize. After almost 10 years of service, Amanda said Button was forced to resign from the Waukesha County Sheriff's Department. He died a few months later. “I don’t believe that his department handled it correctly. Instead of sitting down, asking him ‘hey we’re noticing some things how can we help?’ I think they nitpicked and went in the opposite direction.”

The sheriff's department would not comment on why Button left his job, or whether any mental health services were offered during his employment. A spokesperson did say the sheriff has been committed to the health and wellness of employees, and "our supervisors are trained to look for signs of concern and speak with those who appear to be struggling with issues."

The numbers for those who lost that struggle are alarming. According to a national non-profit that tracks first responder suicide deaths, so far this year more than 30 police officers in the U.S. have lost their lives to suicide.

In 2019, there were more than 200 reported officer suicides and 133 confirmed firefighter deaths across the nation. The numbers are also dire in Wisconsin. Since 2017, six firefighters and 15 police officers have died by suicide. 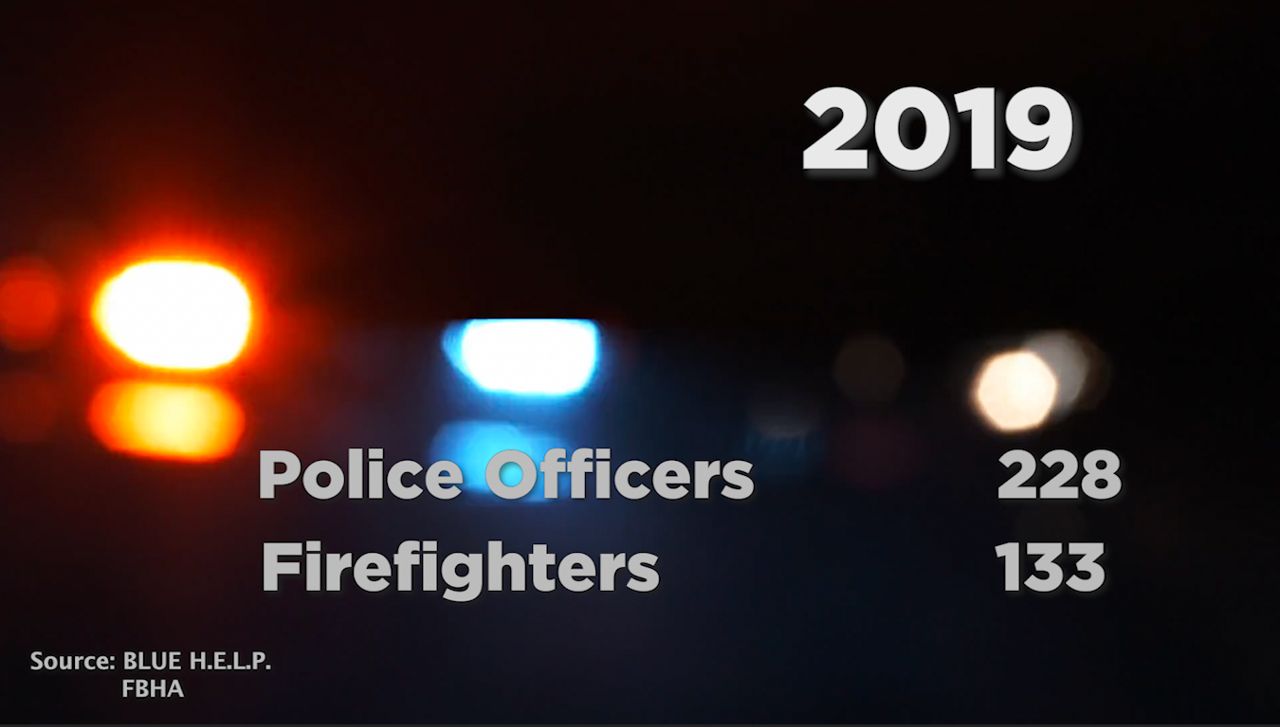 Jim Palmer described Wisconsin as being “well behind the curve.” He’s Executive Director of the Wisconsin Professional Police Association. He pointed out many departments have made huge strides when it comes to recognizing first responders struggling from career-related stress. Palmer does not put the state in the same category. "We've been suffering under a state supreme court precedent that was established in 1974."

Palmer is talking about worker's compensation for PTSD or post-traumatic stress disorder. Right now, most first responder claims are denied forcing people to use personal leave time and sick days. Palmer said when that runs out, "they have to make a really difficult decision of whether to return to work before they're well or leave the profession altogether."

Something Palmer said is preventing many from getting help. "If state law doesn't recognize that this is a problem, a work-related problem, then it's really hard for them to take that step forward."

A step firefighter Lieutenant Brent Jones didn’t take for years. “The real violent calls, the suicides,” all calls he said started to wear him down. With the Milwaukee Fire Department for almost 20 years, Lt. Jones also serves on the honor guard. He’s helped honor 350 firefighters at funerals across the U.S., 30 of them lost to suicide.

All of that started to take a toll. “I started noticing the anger. Not wanting to be around people.” And Lt. Jones told us he started to drink. “The more I drank the less I felt like crap, the less angry I was." For years he said he tried to handle it on his own. His breaking point was the third time he put a gun to his head.

In 2018, Lt. Jones got help at a treatment center out of state. He had to use sick days and pay for what his health insurance didn’t cover. “A lot of people they don’t want to take the time off because they’re afraid they’re not going to get paid,” he pointed out.

The one thing Lt. Jones did have was the support of his crew and the fire department. What he called a noticeable shift in culture over the last five years. "For the longest time, it was, 'hey, if you're having a problem with this call maybe this job isn't for you.’" These days, he’s on the other side of things, making sure his peers are doing okay and working to break the stigma that asking for help is a sign of weakness. “You just need to understand its okay to not be okay,” Lt. Jones commented.

For Amanda, she started ‘Unbutton the Stigma” and now talks to any law enforcement agency that wants to hear her story. “I want them to know the other side. The true, the raw, the dirty other side.” She hopes her experience will click and save another life, so other families don’t have to feel the same pain.

The PTSD bill was recently amended by the Assembly; it now goes back to the Senate for approval.

If you are experiencing thoughts of suicide or know anyone who is, please reach out to the National Suicide Prevention Lifeline 1-800-273-8255.