MADISON, Wis. — As the saying goes: “There's always next year,” but for a lot of Brewers fans, this season felt like the best chance to go all the way to the World Series.

Still, some pretty big milestones were reached, and it's why one avid fan, who's well-known, isn't done adding to his collection of memorabilia.

When you walk into Gov. Tony Evers' office, you can't help but notice a conversation starter in the far corner. 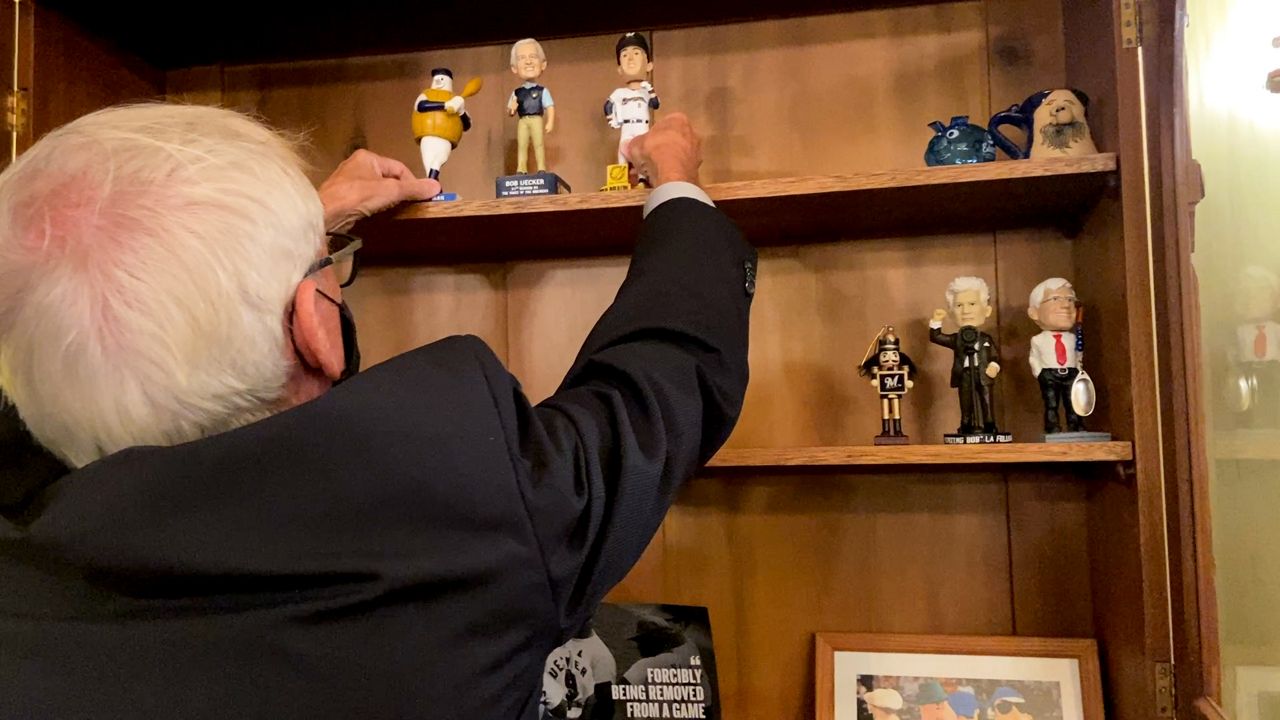 Gov. Tony Evers organizes his bobblehead collection in his East Wing office in the state Capitol.

“It just shows how the team has evolved over time,” Gov. Evers said. “It just gives you the flavor or flow of baseball.”

Each one of the bobbleheads tells a story, and the governor has his own when it comes to his love of baseball.

For 50 years Bob Uecker has been the voice of the Milwaukee @Brewers, bringing the joy and excitement of the game into the homes of fans across our state. Join me in celebrating his career and legacy tomorrow as we commemorate 50 years of Mr. Baseball! #ThisIsMyCrew pic.twitter.com/g7by34yH7n

As a young boy who grew up in Plymouth, many of the West Coast games the Braves played were well past his bedtime.

“My mother would stay up and listen to the whole game, write down the final score on a small piece of paper, and then put it next to my bed on a little table so that first thing in the morning I would know who won the game and what the score was,” Gov. Evers said.

If you ask which bobblehead is his favorite, the answer is easy: Hank Aaron. 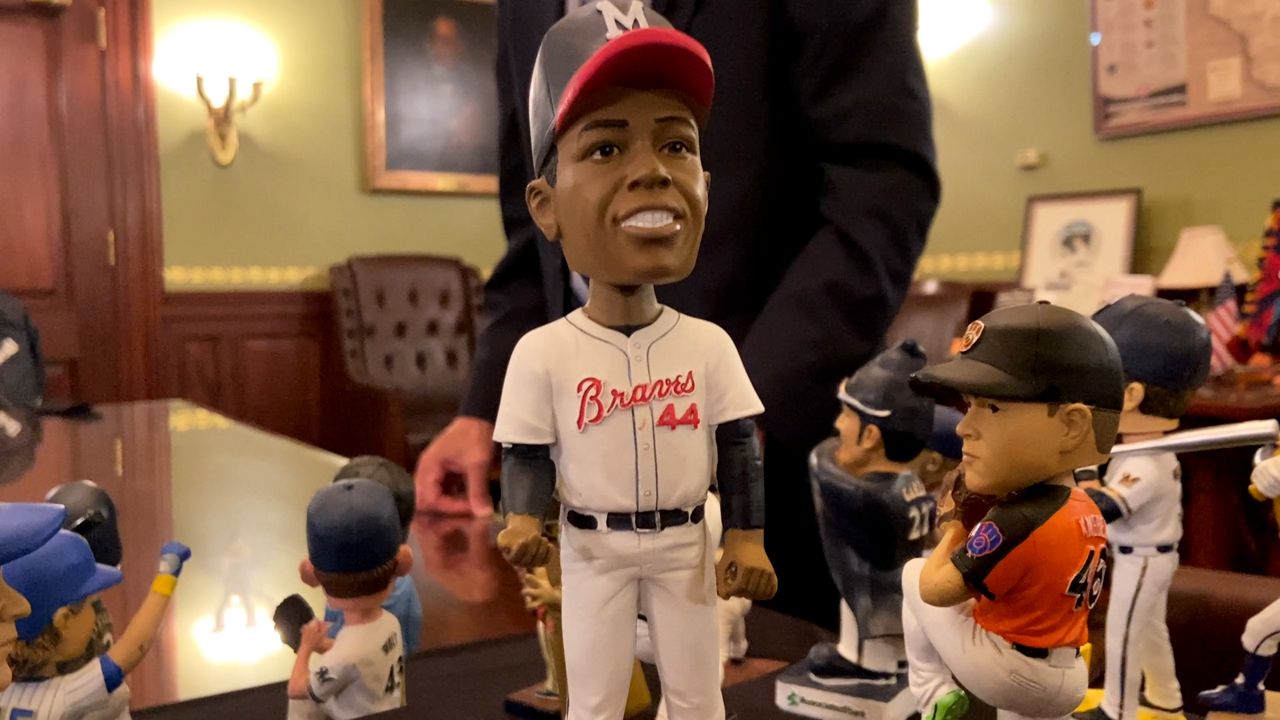 This Milwaukee Braves Hank Aaron bobblehead is among the governor's favorites.

“I can remember back in 1957 when the Braves won the World Series, and I would say that's probably my favorite and, obviously, he's a player that kind of epitomizes what it is to be a professional athlete,” Gov. Evers said.

A closer look at the collection reveals a couple of Hank Aarons among the mix, as well as a Barrelman, which is another one of the governor's favorites. Recently, Evers added a Bob Uecker talking bobblehead to the group, which commemorates Uecker's 51st year as the voice of the team. 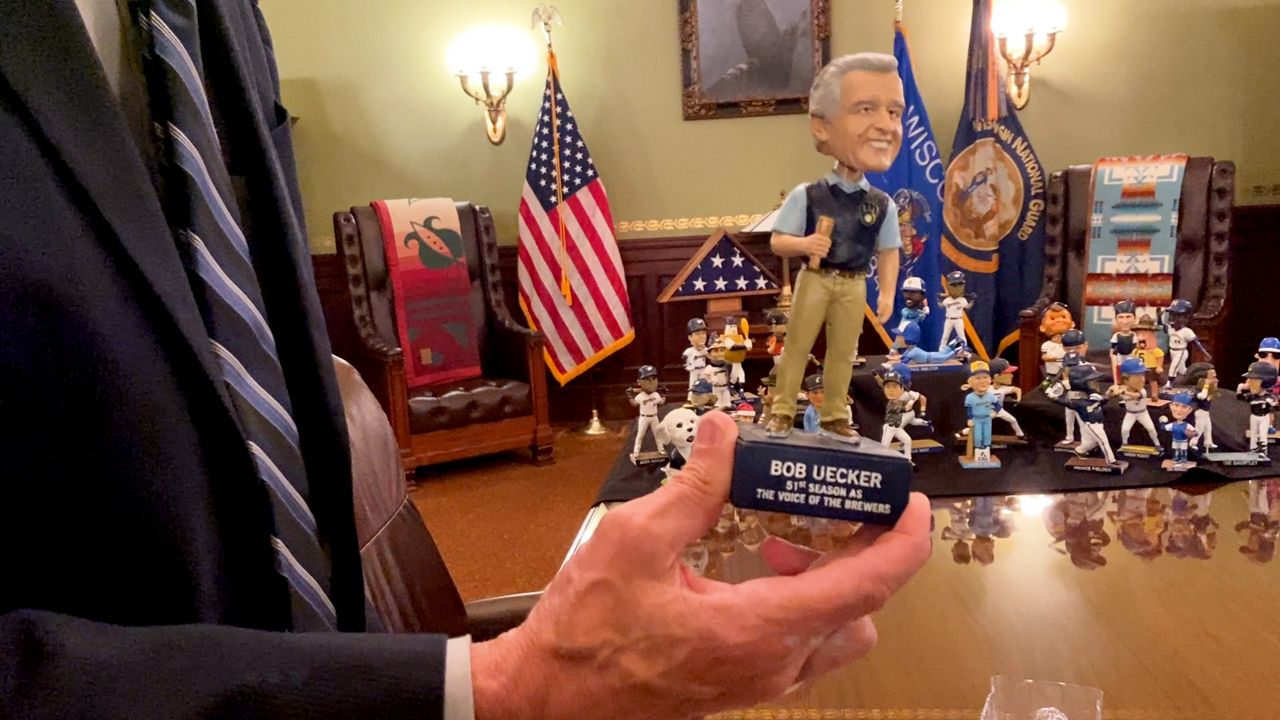 In many ways, the collection is sort of a fluke that came to be “magically,” as Evers likes to describe it.

Years ago, when the team was new to Milwaukee, someone gifted Evers a bobblehead. Now, about 30 of them live in a cabinet in the corner of his office. Over the decades, the governor picked up some of them on his own, but no matter where they came from, for Evers having the collection has always been about one thing. 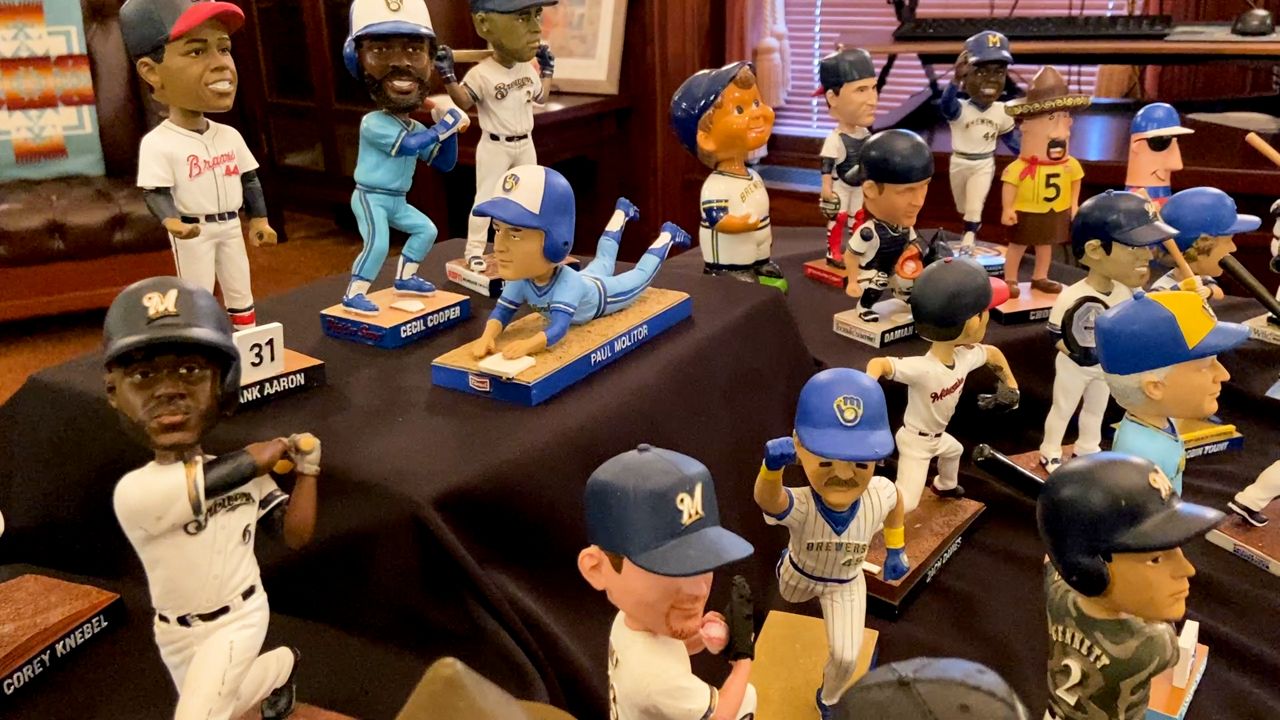 There are nearly 30 bobbleheads in the governor's collection.

Though history wasn't made this season in the way Brewers fans had hoped, the governor knows there's plenty of good baseball to be played next season.