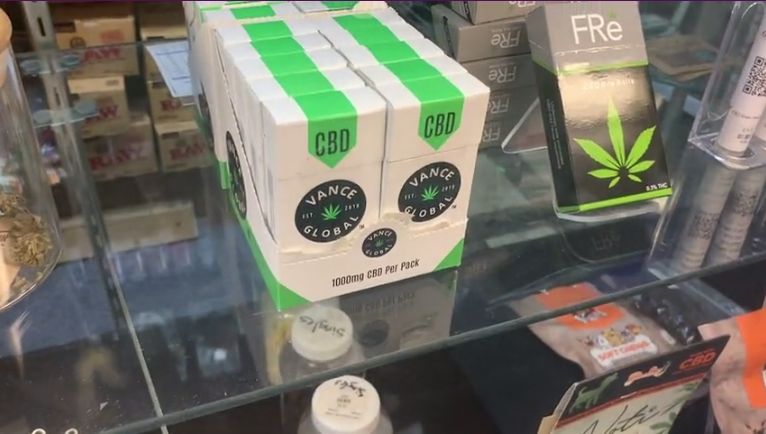 MILWAUKEE (SPECTRUM NEWS) - A young Milwaukee entrepreneur is helping people kick their nicotine habit, with a different kind of cigarette.   Up and running less than a year, the company is now selling its product across the U.S.

Logon Raver hasn’t smoked a traditional cigarette in three months.  He told us, “I feel great!  I don’t worry about smoking cigarettes anymore.” He now only smokes Vance cigarettes.  They’re made with CBD and lavender.  Raver said, “the CBD just really helps take the edge off.”  He hasn’t craved nicotine since.  Once a pack a day smoker for 10 years he was never able to quit.  According to Raver, everything he tried just never stuck.

He’s now down to smoking just a few Vance cigarettes a week.  The incentive to ditch nicotine for CBD started when he got a job at Vance Global.

Co-owner August Battle told us they’ve sold almost a million packs since creating the company less than a year ago.  “I was in high school a few years ago so this is all pretty exciting to me,” Battle shared.  The now 21-year-old and his partner created what Battle calls one of the first CBD cigarettes on the market.

Everything is produced in Milwaukee but is sold across the U.S.  Shops in 44 other states carry the CBD cigarettes.  At a smoke shop on Milwaukee’s east side it’s one of the top selling CBD products.

Vance is made with the highest potency CBD dose.  Battle explained, “the higher dose actually does what it’s supposed to do so anti-anxiety, anti-depressant, anti-nausea. It kind of calms you down a little bit.”  And there’s no psychoactive effect.  Battle also used to be a smoker; he quit, using his own creation.

Battle is working on other cigarette blends and hopes to also create new CBD products that help people live a healthier life.

There is some science behind CBD as a replacement for tobacco.  A study by the National Institutes of Health found people who switched to inhaling CBD smoked fewer traditional cigarettes than usual and stopped craving nicotine.

One thing to note:  only one prescription drug product to treat some forms of epilepsy has been approved by the FDA.  According to the government agency “there is very limited available information about CBD, including about its effects on the body.”