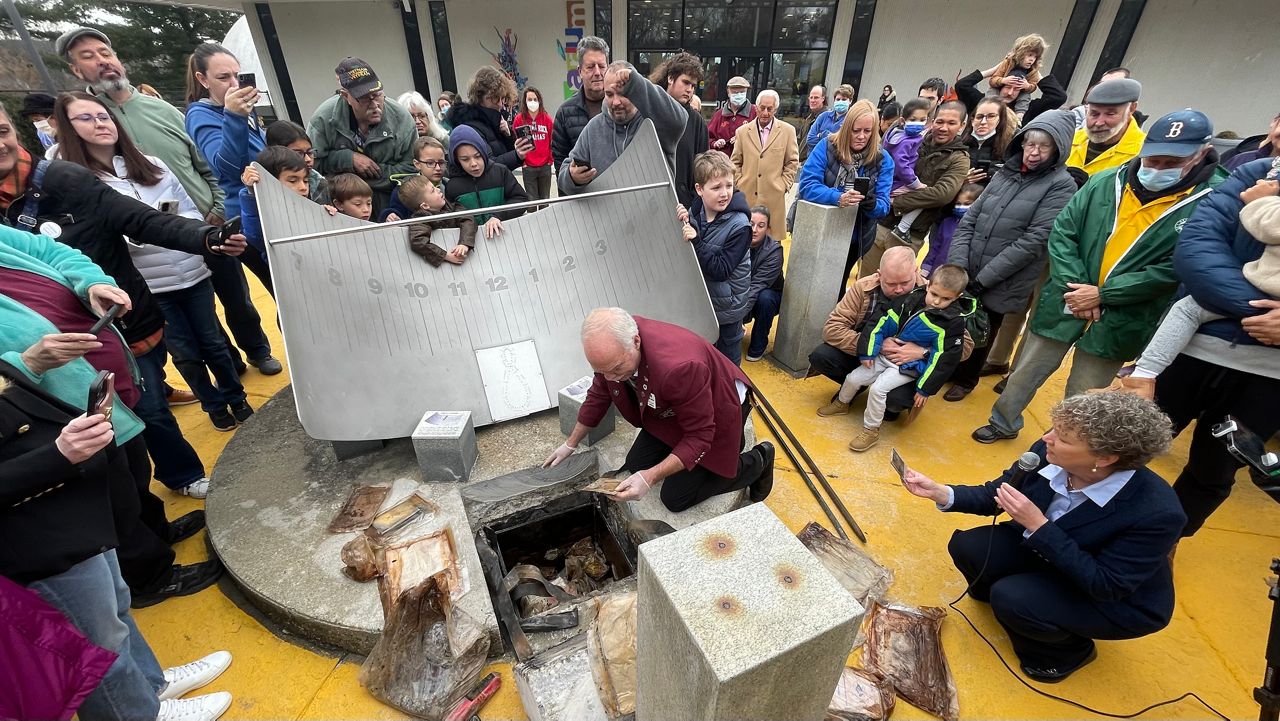 WORCESTER, Mass. — A time capsule sat underground at the Ecotarium for 40 years until Sunday.

The science museum unearthed the capsule, not knowing what was inside of it.

The initial thought was the capsule was filled with memorabilia from the Worcester Host Lions Club from November 1982.

The capsule, which was buried under the sundial at the museum, was opened because this month marks the 100th anniversary of the Worcester Host Lions Club.

It featured over 100 items, such as periodicals like newspapers and magazines chronicling the scientific achievements of the time, a Rubik’s Cube, a lions club bell with inscriptions, personal pictures, money, and a letter from President Ronald Reagan sending his best wishes to the Worcester Host Lions Club.

Some items were wrapped in plastic bags and tinfoil, but some still faced water damage.

“I think it’s very important that we know what went on 40 years ago,” said Marianna Riemer, district governor for District 33A of the Massachusetts Lions Club. “And then a lot of them are not here too. The next generation of their family members are here to see what’s happening. It’s pretty emotional in a way to a lot of the families.”

“Some of the advances in science that were documented in 1982, theories that were proved and disproved since that time, the computer advances -- really so much has changed,” said Ecotarium President and CEO Noreen Johnson Smith. “It was really fun today to find memorabilia that had tremendous meaning for some of the members of the Lions Club and their families.”

Megan Pesce attended the burial of the capsule 40 years ago when she was eight years old.

Her father, Jack, was a member of the Lions Club.

He buried some personal artifacts, including a Native American piggy bank from Shawmut Bank, recordings of her father on cassettes, and a letter.

It was an emotional day for Pesce, who lost her father in 2005.

“To have an opportunity to hear a message that he sent to us 40 years ago is pretty amazing,” Pesce said. “I would bring my kids here when they were little, I have two boys myself, and we would always come over here to the sundial and I’d show them and say we have stuff buried here, so its just really special to know that I have a message, potentially, from my dad from the past.”

The museum said many of the periodicals will be carefully taken out and examined by team members at the Ecotarium.

The Worcester Host Lions Club, which folded in 2019, is looking to make a comeback as well. If they do, they hope to get another time capsule in the works.