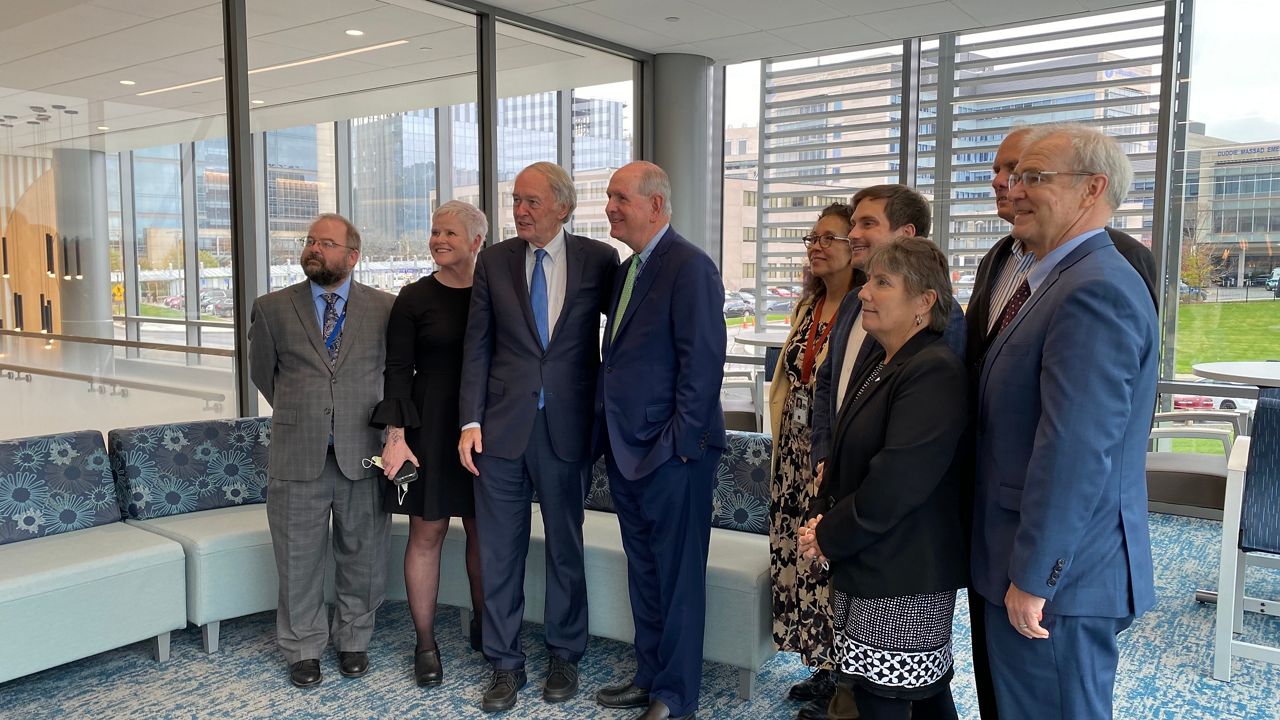 While on the tour, UMass Chan Chancellor Michael Collins shared with Markey why it's important for the school to have such a facility.

“In our training we all had the opportunity to learn in VA facilities and we felt it was big lacking that the medical school didn’t have such a facility, which is why we partnered with your office, and Jim [McGovern]’s office, and the VA folks so that we could put this together,” Collins said. “Now I think what’s happening is that people have seen how well a partnership could work and now the idea that this could be expanded on in other places."

Markey also visited with researchers studying ALS and Alzheimer’s disease at the school.