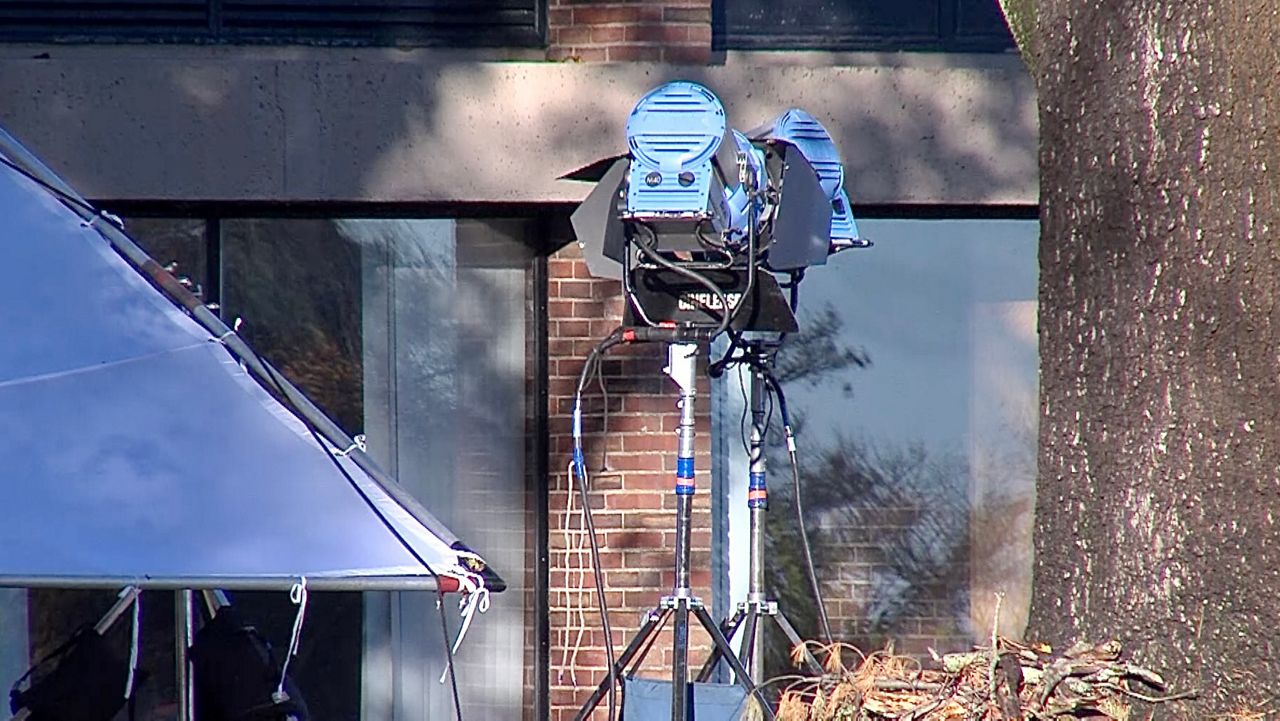 One of the lighting rigs that were set up on the former Becker College campus Thursday morning. (Spectrum News 1)

LEICESTER, Mass. - A group of Leicester High School students are appearing as extras in a new movie being shot at the former Becker College Borger Building.

Crews were on campus Thursday morning, shooting for 'The Shade' by Red King Cinema. It was a originally a short Netflix film and is now being made into a full movie.

30 upperclassmen, who are taking their high school classes at the former college campus, are extras in the movie. They said it's exciting to have Hollywood on campus and they have a new appreciation for how movies are made.

"It was a unique opportunity because I've never been on movie set before," senior Abby Bernabei said. "I realized there's is a lot of small details that go into filming scenes."

"Now I'll walk to school and I'll see that grass over there and be like, 'oh my gosh, I was in a movie over there, I was in the background of a movie on campus,'" senior Ellie Hills said. "I'll just remember that every time I come to school now."

The movie is scheduled to hit theaters next fall.